By now, you may have heard of the recent court decision regarding the Consumer Financial Protection Bureau (CFPB) and PHH Corporation, a mortgage lender. In a surprising turn of events, the District of Columbia Circuit Court ruled in favor of PHH against the CFPB. Here are three things you need to know upfront: 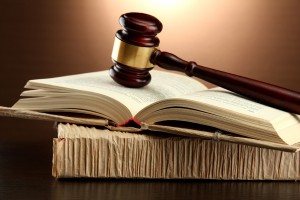 What forced the parties into court? The CFPB retroactively applied its new interpretation of the law, holding PHH responsible for conduct that occurred before the new interpretation was issued in 2015.  The CFPB, through Director Cordray’s unilateral decision, ordered PHH to pay $109 million to the Bureau in disgorgement based on conduct that occurred as far back as 2008.  PHH appealed CFPB’s Director Cordray’s decision. Te Court made three impactful findings:

What does this decision mean for title, real estate and mortgage services professionals?

These are all good outcomes, which provide a stable and predictable environment in which we can practice our trade.  Be careful in reading too much into this decision.  While a clear win for PHH, the Court did not actually hold the CFPB, as an agency, unconstitutional – just its current structure.

Further, the Court was not willing to strike down the Dodd-Frank Act or strike down and sever the CFPB from the act.  In fact, the Court recognized the Bureau’s need to continue to “operate and perform its many critical responsibilities.” The CFPB is still with us and continues to have broad remedies to enforce federal consumer protection laws, including RESPA, and we need to act accordingly.

Because this decision was issued by the U.S. Court of Appeals for the D.C. Circuit, the CFPB may appeal it to the Supreme Court.  We’ve likely not heard the last on the constitutional issue, and we also await the CFPB’s resolution of Section 8 issues.  Stay tuned – this promises to be an exciting case to follow as we near the end of 2016 and approach 2017!