The statement, “Jobs are everything to an economy – Period,” is my top axiom regarding the economy. Jobs drive the ultimate demand for all types of real estate since they are essential to effective purchasing power.

An estimated 145,000 net new jobs were created in December 2019 (preliminary) as reported by the U.S. Bureau of Labor Statistics, with a total 2.108 million net new jobs in the past 12-months. The resulting 1.40 percent job growth rate compares to a 1.31 percent average compound annual growth rate in the past 40 years. Though the current job growth rate is just 9 basis points greater than the 40-year average at 1.40 percent, it is 6.4 percent greater. The following graph shows the total number of jobs monthly since 2007 on a seasonally adjusted basis. 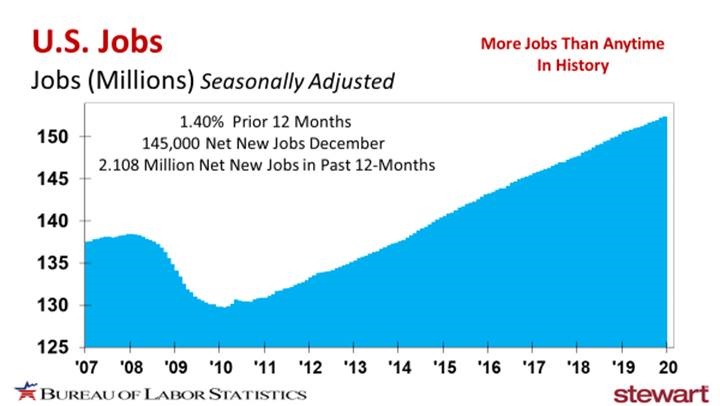 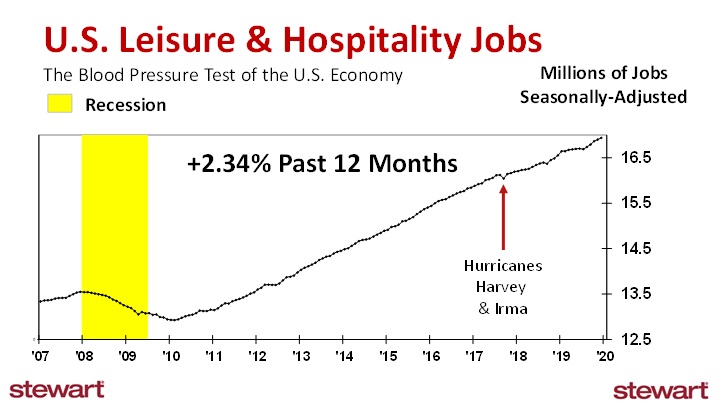 Not only are more people working than ever before in history in the U.S., those working saw the largest increase in average hourly wages in a decade in 2019. Average hourly wage rose from $27.53 a year ago to $28.32 in December, a gain of 2.9 percent. In comparison, inflation (as indicated by the change in CPI – All Urban Consumers) was 2.0 percent. 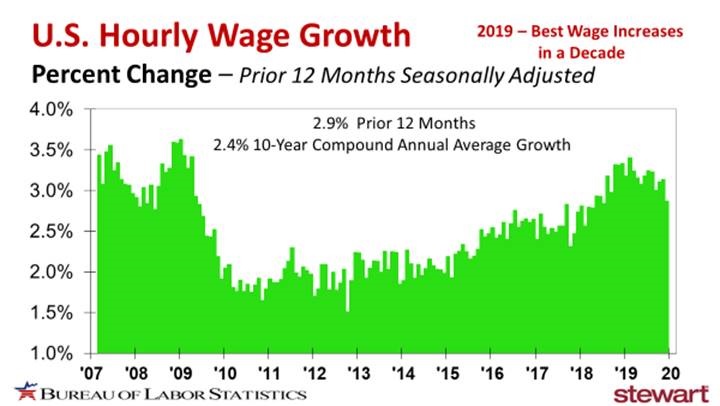 The unemployment level varies by education attainment as shown in the table. Education and age (a proxy for experience) are both positively correlated to reduced levels of unemployment.

Other select items in the December 2019 jobs report:

The next table shows the job change (in thousands) for Employment SuperSectors. The table shows the percent of all jobs per SuperSector as of December 2019 and five years ago. Education & Health Services, for example, added 645,000 net new jobs in the past 12-months and 2.884 million in the past five years) and made up 16.1 percent of all jobs as of December 2019. The largest percentage change in the prior five years was in Construction employment, which increased by 20.2 percent. SuperSector data are not-seasonally adjusted while all other data discussed are seasonally adjusted. 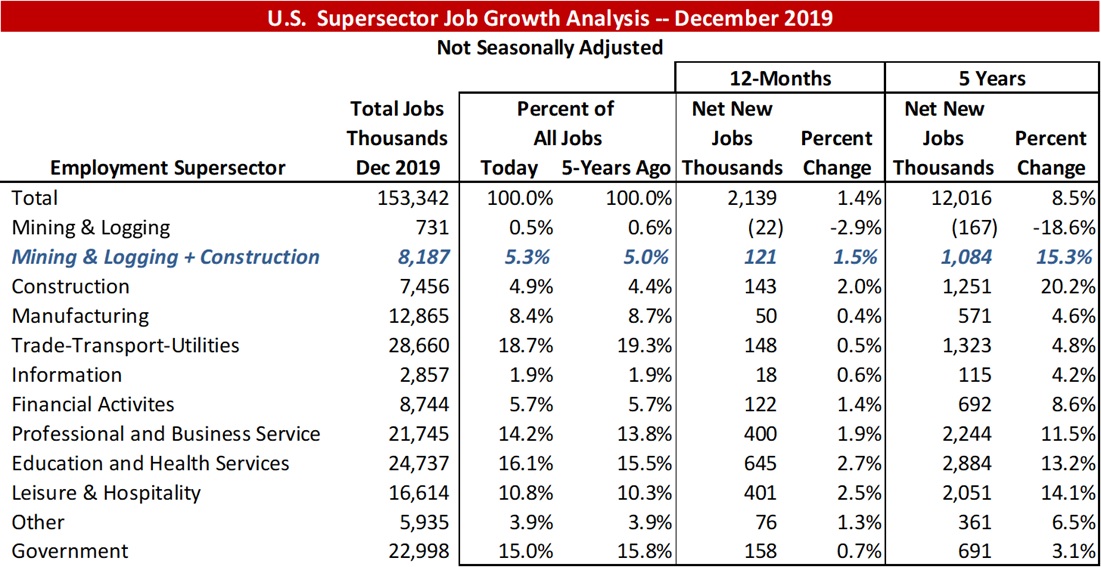 To read the latest press release from the BLS click https://www.bls.gov/news.release/pdf/empsit.pdf Average may not have ever sounded better – at least when it comes to the monthly U.S. jobs report.