This monthly analysis of jobs differs from previous versions that included both Metropolitan Statistical Areas (MSAs) and Metropolitan Divisions (which are subsets of the MSAs).  Only the MSA level data are included in this blog. Data are based on seasonally adjusted monthly employment from the Bureau of Labor Statistics (BLS). 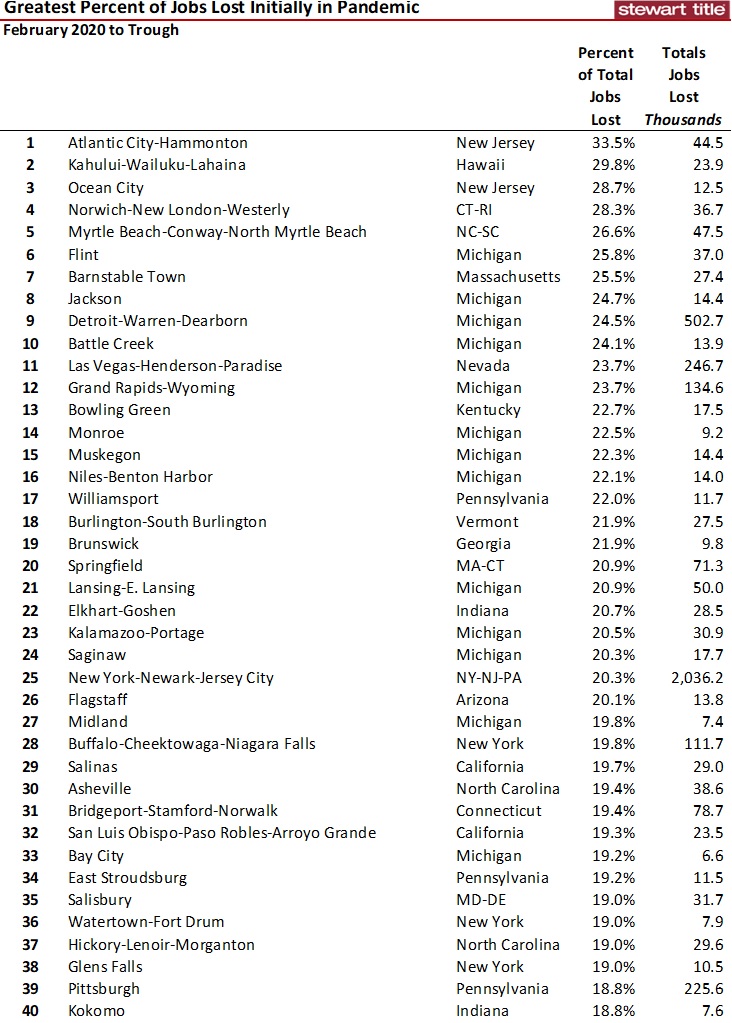 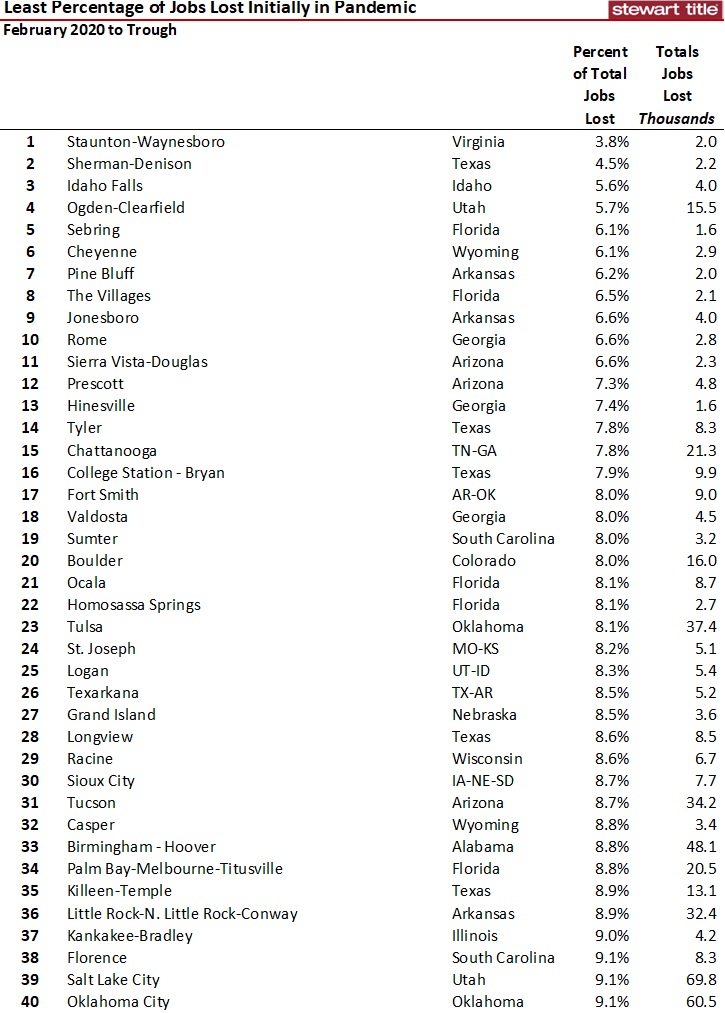 The next two tables show the 40 MSAs with the best and worst recovery as of July 2020 based on the percentage of jobs lost. This was calculated by subtracting the total number of jobs gained from the trough to the peak from the number lost from February to the trough. Five MSAs not only added back all jobs lost since February, but have also created additional jobs than existed in February of this year, while three others have yet to recoup jobs at all. 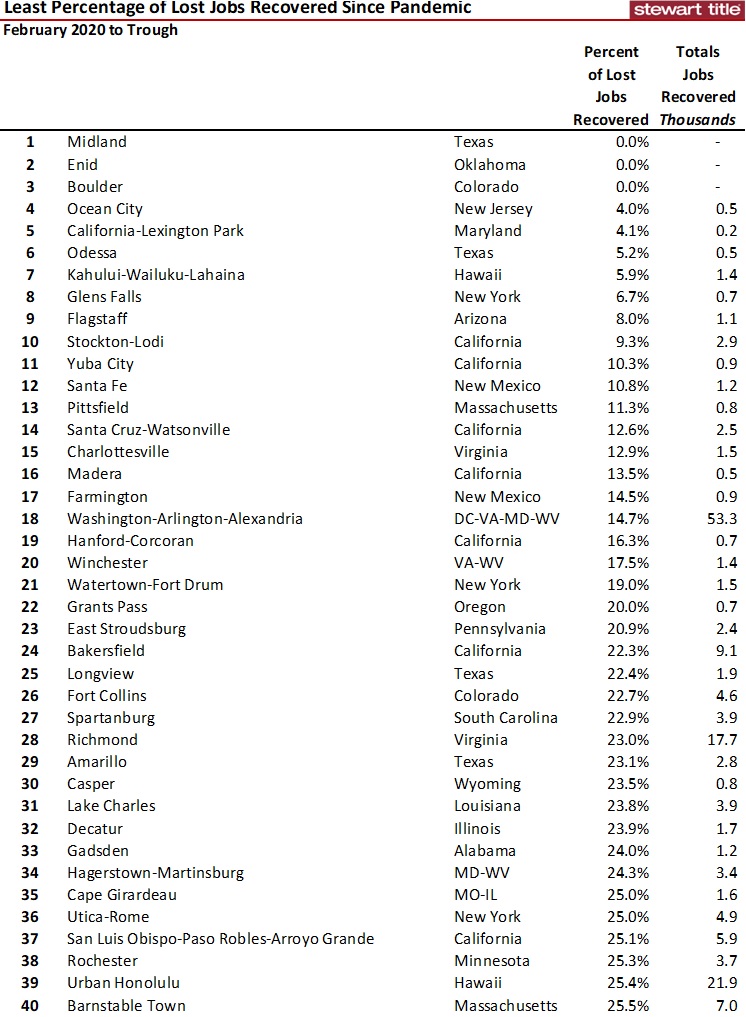 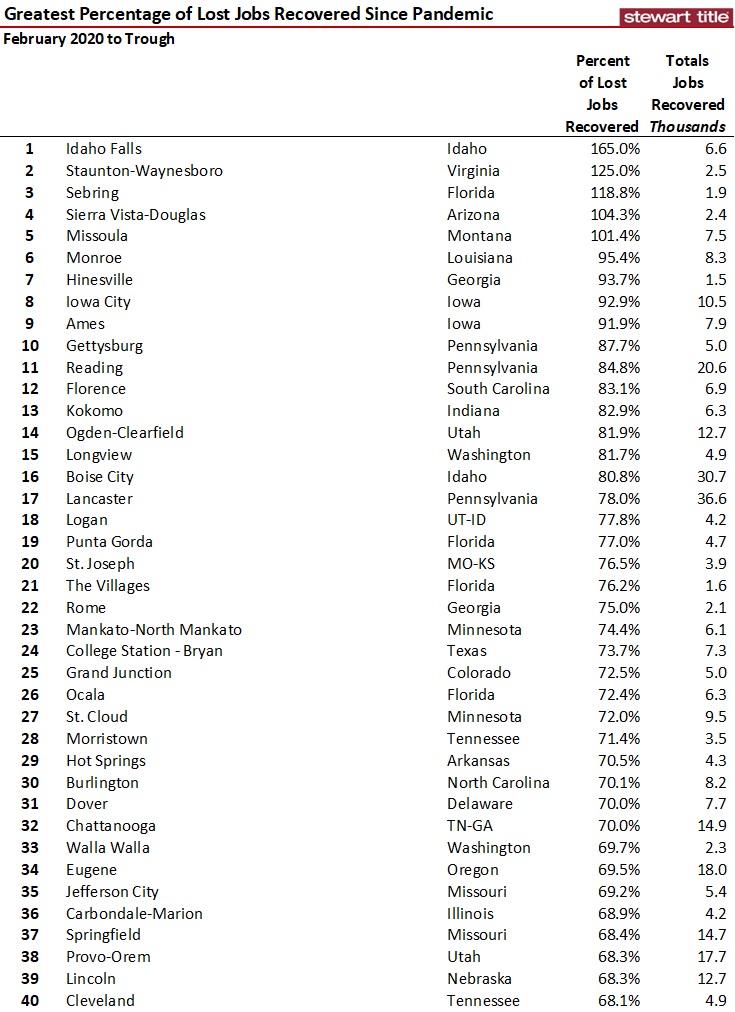 The last two tables show the relative number of jobs as this July to the February 2020 level for the 40 most- and least-recovered MSAs. Idaho Falls, the best recovered MSA in the U.S., had 2,600 more jobs at the end of July than in February – a gain of 3.6 percent since February. Some MSAs continue to erode jobs.  Many of the MSAs with poor recovery have a larger percentage of Leisure & Hospitality sector employment or rely on oil and gas production, both heavily impacted by the pandemic. 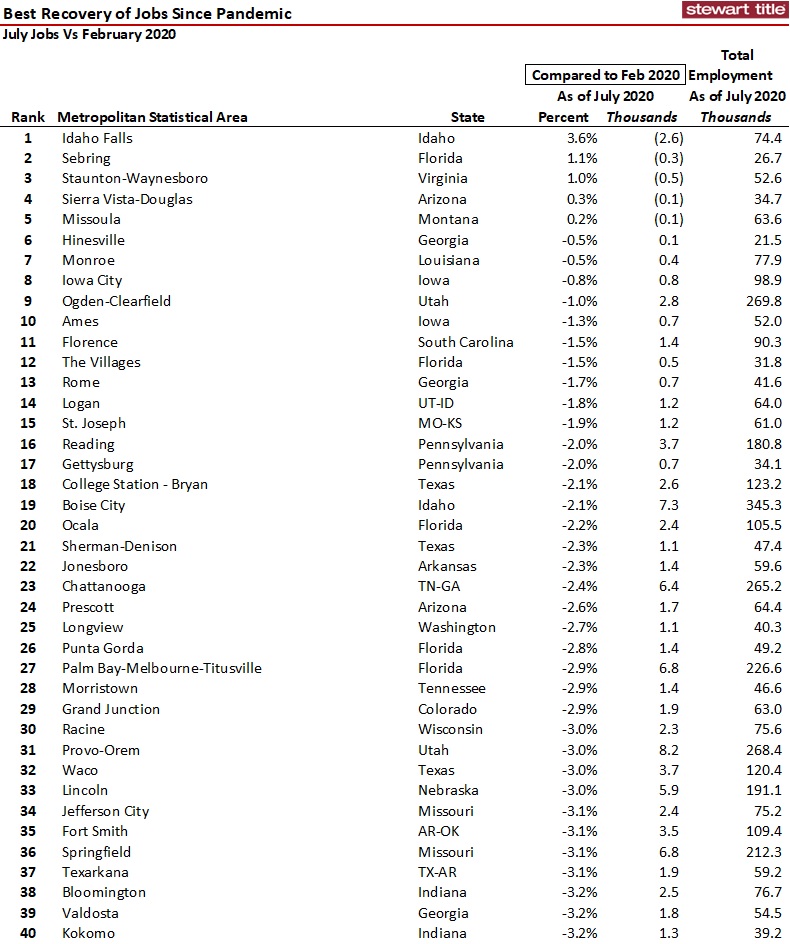 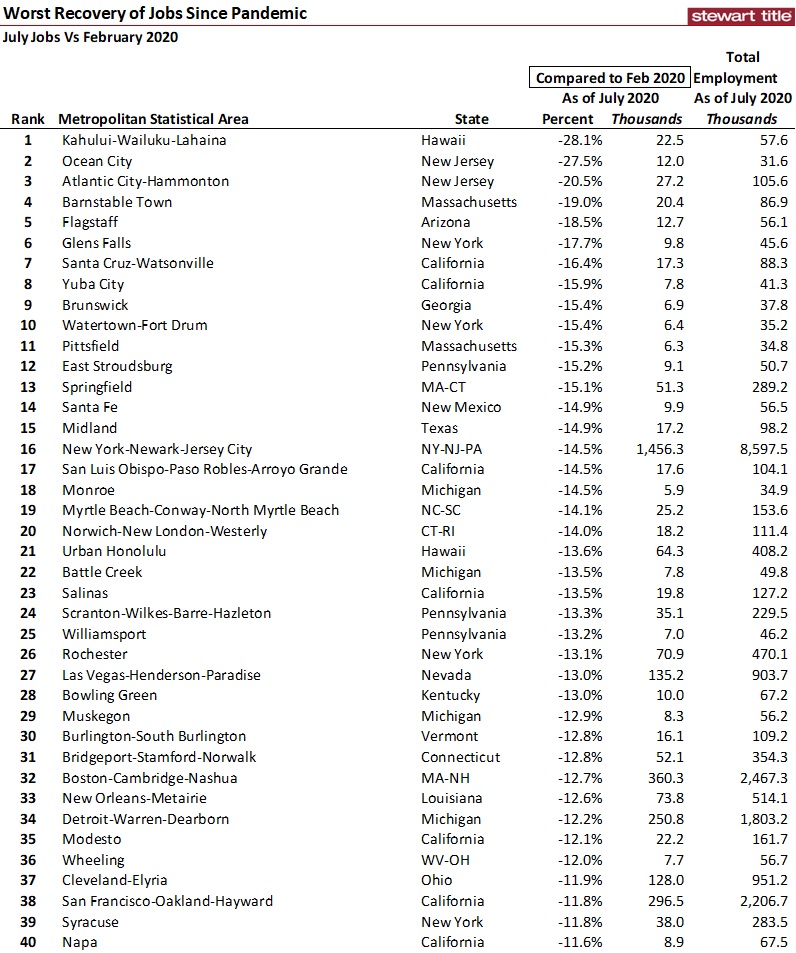 Click here for a  PDF showing these results for all 384 MSAs sorted by state and MSA, excluding three for which the Bureau of Labor Service does not provide seasonally adjusted data.