Sales on a SAAR and monthly median price commencing 2014 are shown in the following graph. 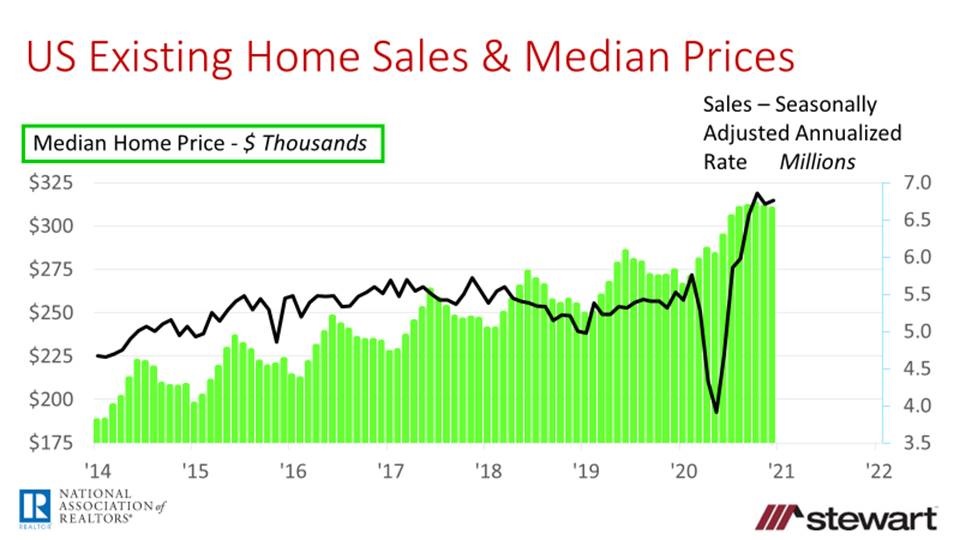 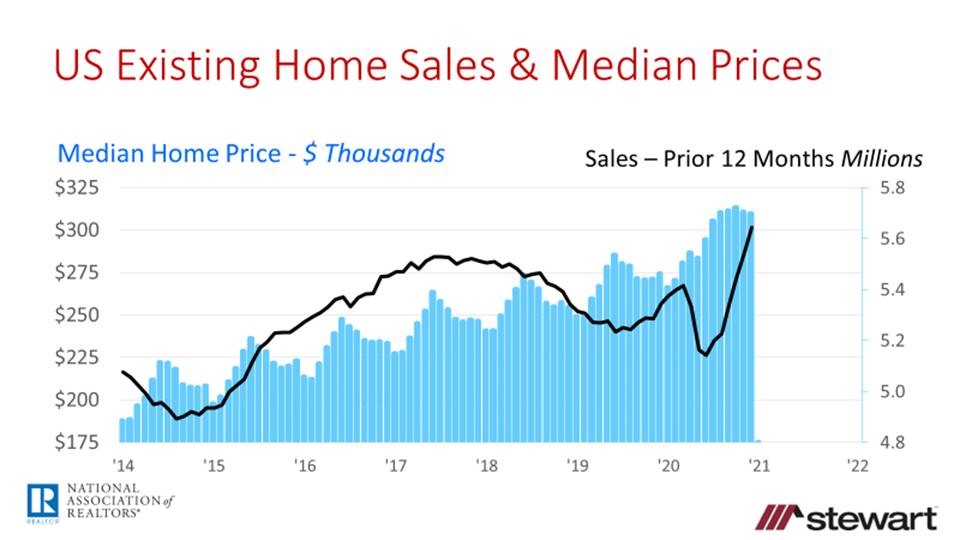 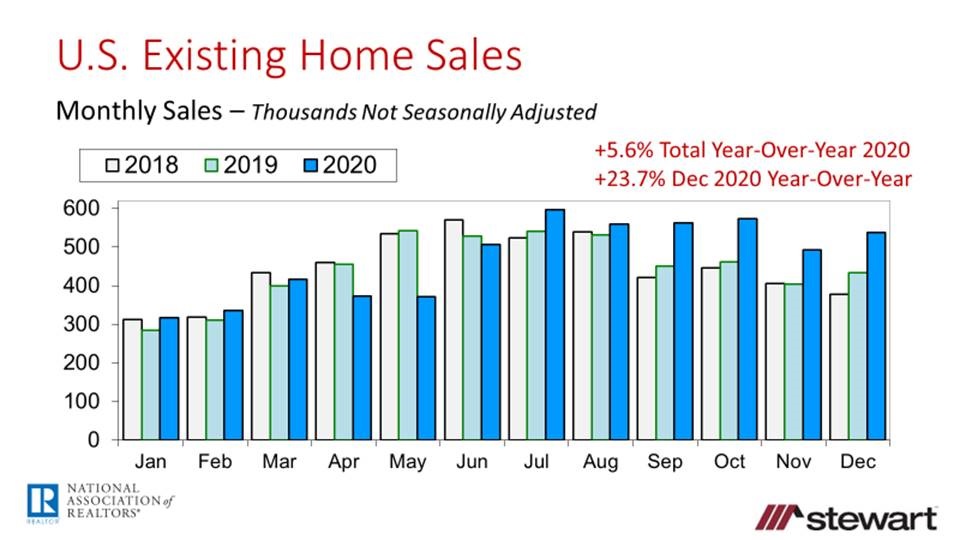 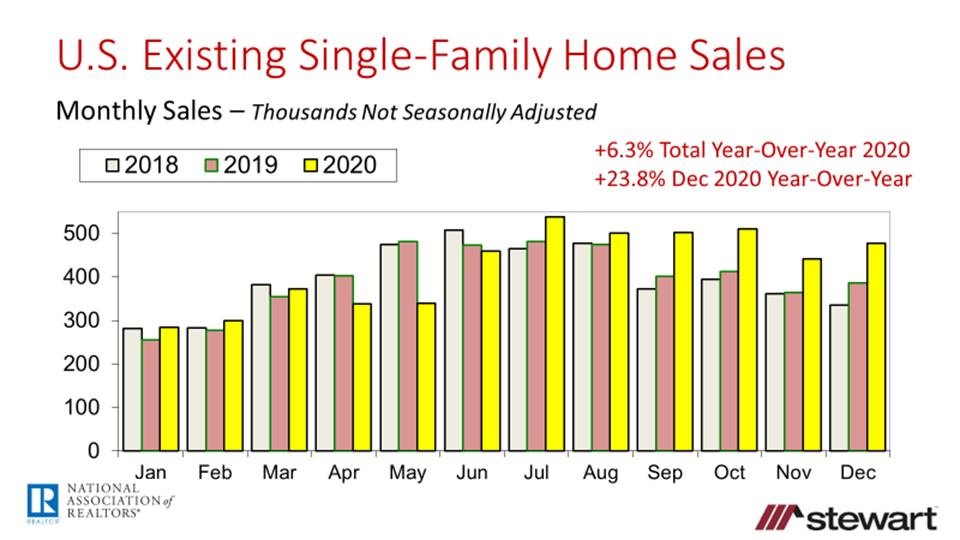 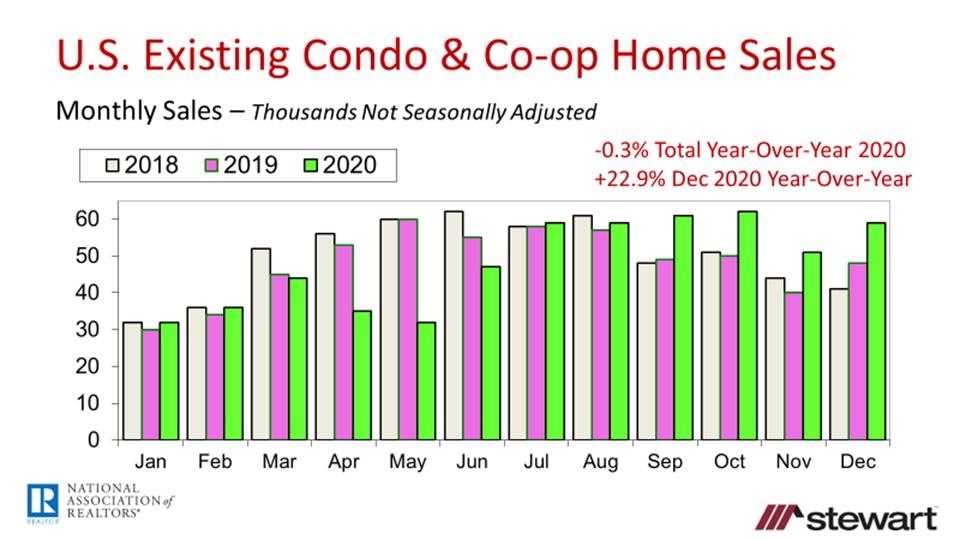 Higher-end housing sales ignited as the pandemic progressed. Single-family sales in December 2020 contrasted to the same month in 2019 are shown in the next table. Luxury goods sales typically decline during and immediately following a recession, but not this time. Where a person has lived today has had a greater impact on the quality of their life and life style than any period in 30 years as people have spent more time at home. As a result, higher-end housing demand and resulting sales have risen significantly as shown in the next table.  This is based on a nationwide sample by NAR across single-family homes and is not seasonally adjusted.  While total single-family sales were up 6.3 percent in December 2020, sales of $1 million and up almost doubled from a year ago – gaining 93.6 percent. 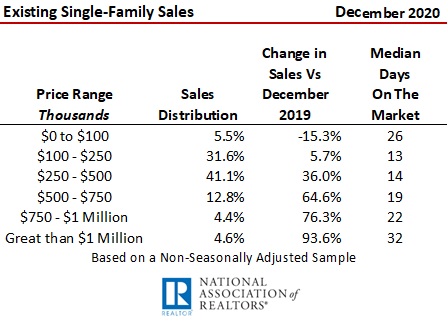 Fannie Mae’s and the MBA’s outlook for existing home sales in 2021 call for increases of 3.7 percent and 10.2 percent, respectively.  NAR’s chief economist is expecting a 9 percent gain in existing home sales while Realtor.com projects sales up 7 percent.   I personally am in the flat to 5 percent gain range based on concerns of rising interest rates due to inflation.