Pandemic Job Recovery -- 2 States Across the Finish Line, 48 More & The District of Columbia to Go

After a pandemic-driven hemorrhage of 22.16 million jobs in March and April last year, the arduous task of rebuilding jobs commenced. Good news is that two states, Idaho and Utah, now have more jobs (as of the end of December 2020) than ever before according to the U.S. Bureau of Labor Statistics (BLS). All data discussed in this blog are seasonally adjusted allowing comparison across all months.

Job growth (and loss) rates for the 12-months ending December 2020 are detailed in the following table for all 50 states and the District of Columbia. The TINSTAANREM axiom is applicable — There Is No Such Thing As A National Real Estate Market or economy. The same is true with respect to job growth across the country as every state and locale varies. Hawaii remains the worst performer down 13.9 percent year-over-year. 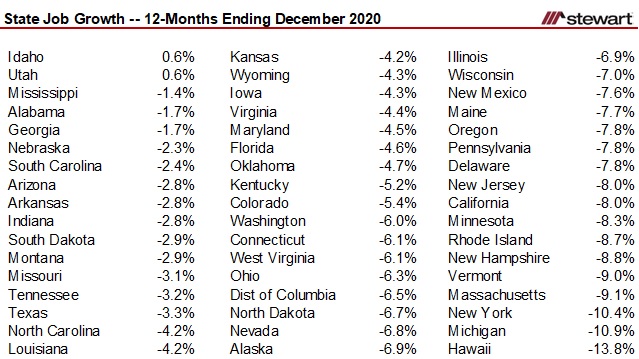 Some states lost more jobs than others in the plunge in March and April 2020, as shown in the next table. This metric is the percentage of jobs lost from February (baseline, pre-pandemic) to the trough (which was April for most states). Michigan lost the most, down almost 1-in-4 jobs (23.8 percent) and Oklahoma the least at 1-in-12 (down 8.5 percent). 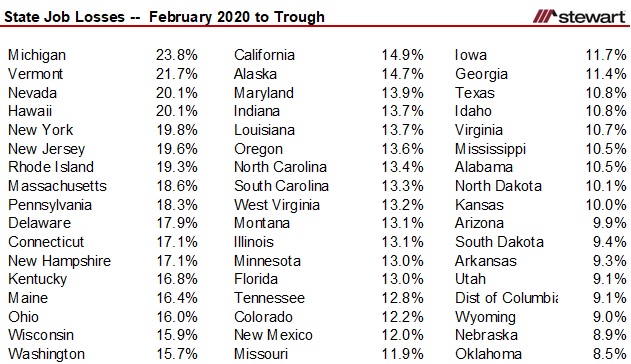 The percentages of lost jobs (from the trough) since recovered (through December) are detailed in the next table. Utah and Idaho have not only recovered all the jobs lost in the pandemic, but now have more. 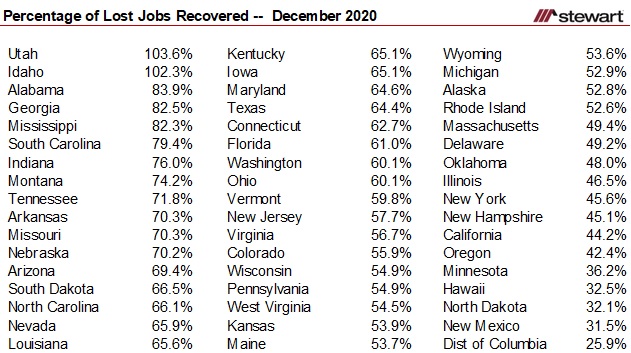 Jobs gains (and losses) from November to December are shown in the following table. Even though Hawaii had the lowest percentage of recovered jobs as of December, the Aloha state posted the best one-month gain, up 2.0 percent. Minnesota had the greatest one-month decline shedding 1.8 percent of the total jobs. 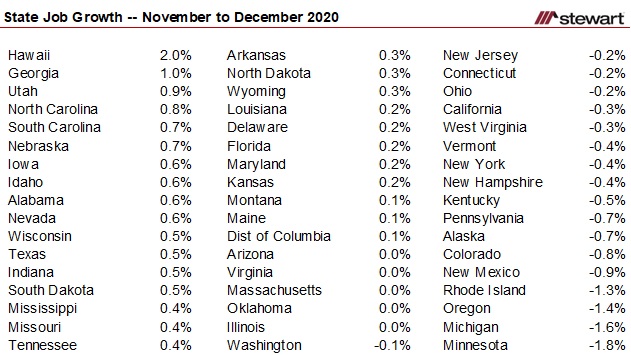 The last table summarizes all these metrics, sorted alphabetically by state. 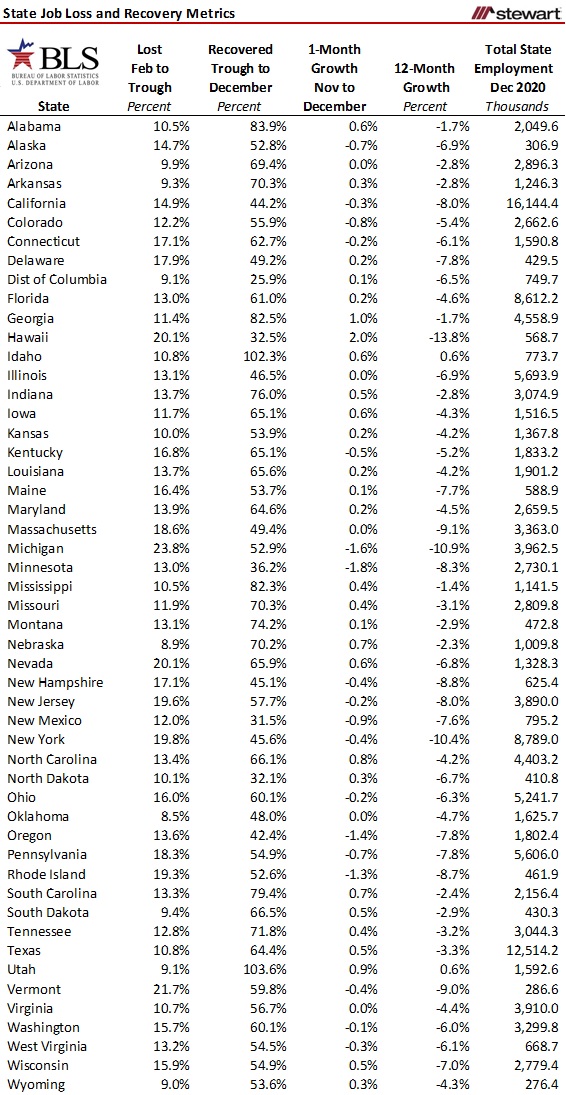 Good news is that two states are now at least to where they were in total employment prior to the pandemic. Other good news is that more than one-half the states and the District of Columbia added jobs from November to December. The recovery remains, however, a struggle for the remaining 48 states and D.C. The headwinds of the pandemic remain as limited numbers of the population have yet been vaccinated or have immunity.