Existing Home Sales Remained Up in March Year-Over-Year, But Cooled from the Prior Month

Existing home sales rose an impressive 12.3 percent in March compared to 1-year ago, but cooled slightly, dipping 3.7 percent from this February on a seasonally adjusted annualized rate (SAAR) of 6.01 million homes according to the National Association of Realtors© (NAR).  Median price rocketed up 17.2 percent to $329,100 versus the prior year, and average price jumped 12.4 percent to $355,200. Limited inventory added to the decline in sales and the gain in prices.  Just 2.2 months inventory of homes was available for sale as of the end of March versus an assumed 6 months inventory in a normal market.

Sales are shown in the following two graphs. The first utilizes SAAR sales while the second is the actual monthly sales in the prior 12-months (not seasonally adjusted). Each shows the same monthly median price on an unadjusted basis. 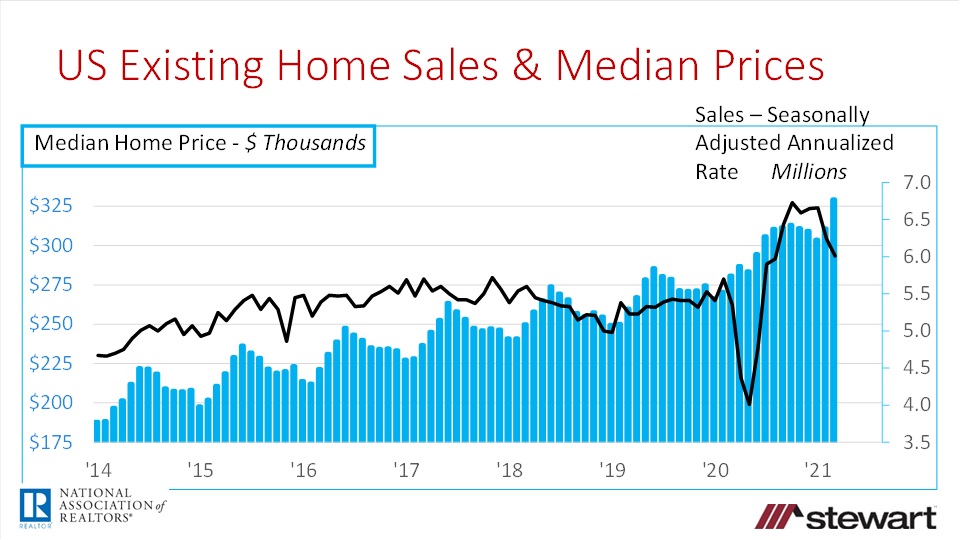 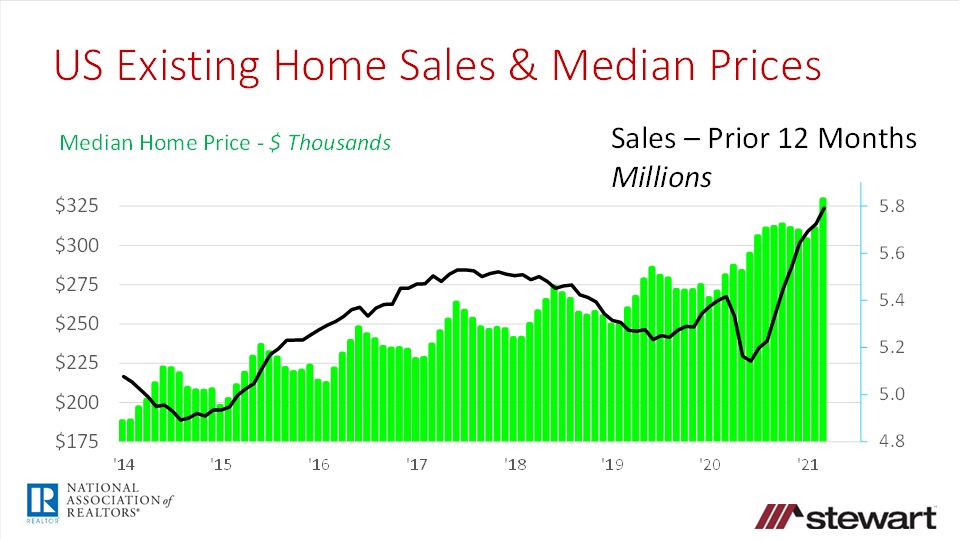 Sales year-to-date are shown for Single-Family and Townhouse-Condos on an unadjusted basis. Existing home sales totaled 484,000 this March, up 16.3 percent year-over-year. 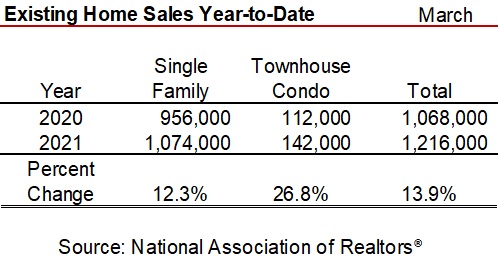 Monthly sales (unadjusted) are shown monthly commencing January 2018 in the next graph. In coming months, year-over-year sales should be up at what would appear as record, off-the-chart gains.  Much of that, however, will be a function of the plunge in sales last April through June at the onset of the pandemic. 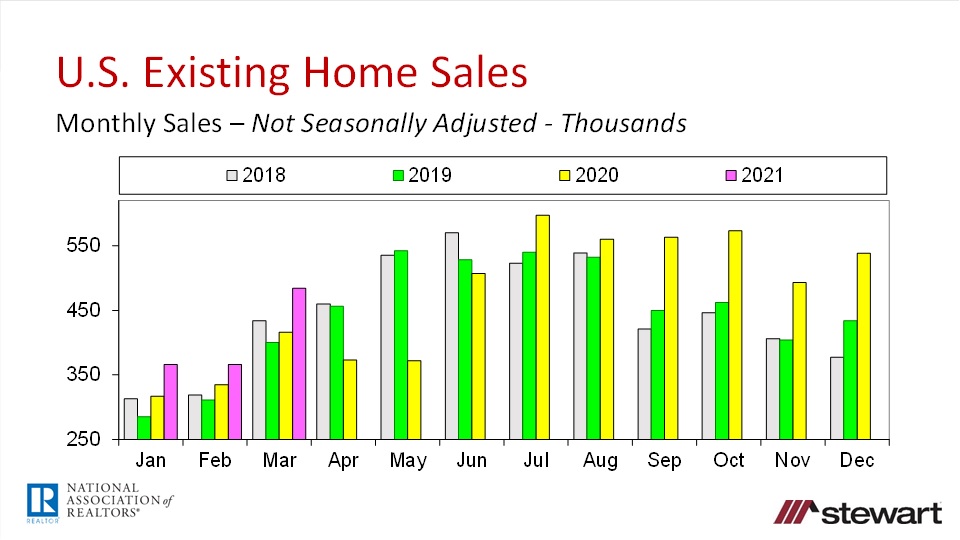 Higher-end sales continue to dominate year-over-year growth as shown in the table, with closings priced $1 million and up more than doubling this March vs a year ago. Median days on the market (from the time listed to an accepted purchase contract) was less than 30-days across all price ranges. 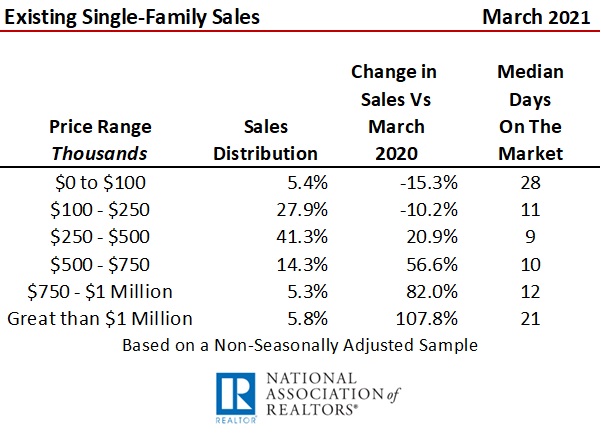 Other details in the NAR press release included: