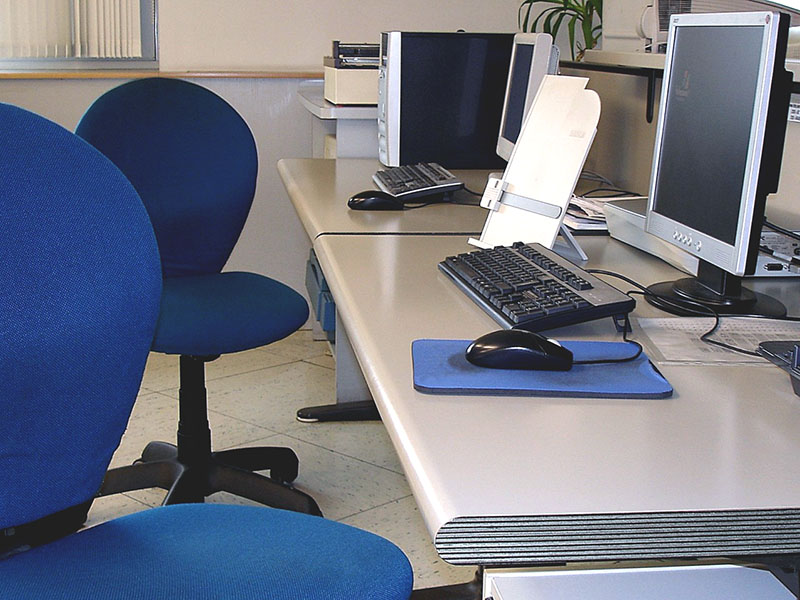 Jobs are everything to the economy.  Period.  Jobs ultimately create and sustain the demand for real estate of all types.

The bruising from the punch of the pandemic in March 2020 on jobs is still painfully obvious in 48 of the 50 states and the District of Columbia.  Only Utah and Idaho have more jobs today than anytime in history.   The first table shows the percentage change in total state employment (using seasonally adjusted data from the U.S. Bureau of Labor) comparing job numbers as of September 2021 to February 2020 – the month prior to the pandemic. 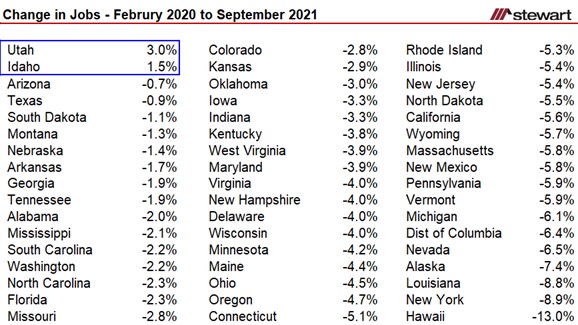 The next table shows the latest one-month change in jobs by state, comparing September to August 2021.  If Florida were able to repeat that impressive 1 percent growth, the sunshine state would back to pre-pandemic employment levels by year-end.   That is a BIG if, however. 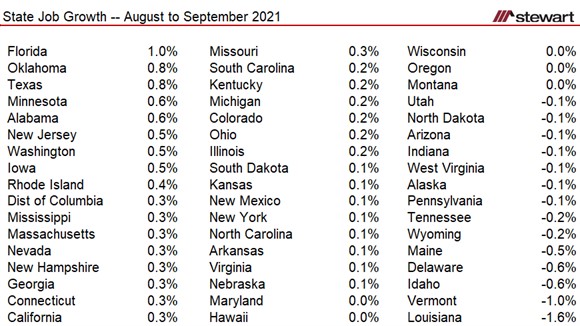 The last table shows the above metrics plus the total percentage of jobs lost from February 2020 (pre-pandemic) to the trough, percent of lost jobs thus far recovered, 12-month job change rates, and the total number of jobs as of September 2021 (in thousands). 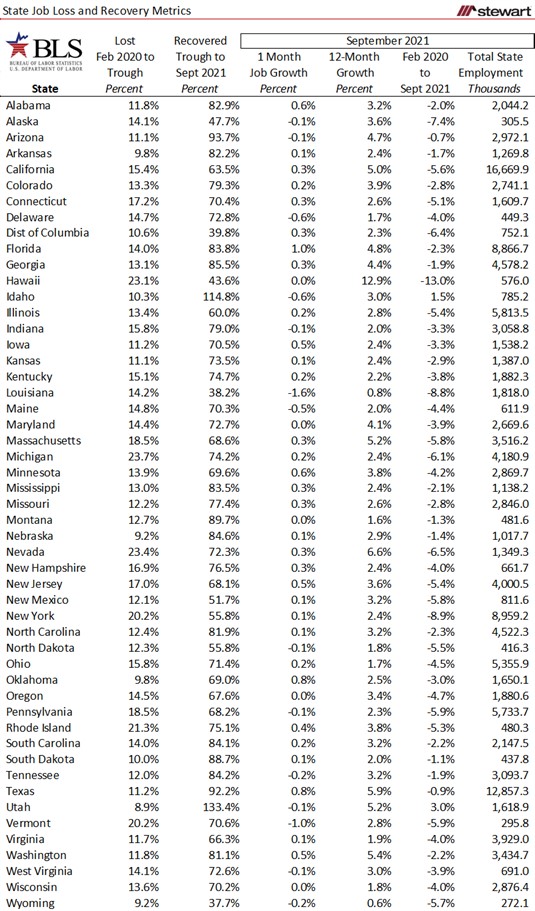 I believe the third trend above - migration - will essentially alter the rate and where job growth (or loss) takes place over time for decades.  Throw in the potential federal tax increase for some, and the trend may even accelerate among those to be impacted.  While federal income taxes are not avoidable, state taxes are as seven states have no personal income tax at all. California’s current 13.3 percent top personal tax rate provides an economical comprehension into why individuals such as Elon Musk change their tax redomicile to lower tax states such as Texas.

Now consider what happens to net migration if California, for example,  increases the personal income tax rate to 16.8 percent as reported by Forbes in May 2021?

While several states may see a relatively quick-return in coming months to pre-pandemic employment levels, others will likely be wearing their bruises for years to come.