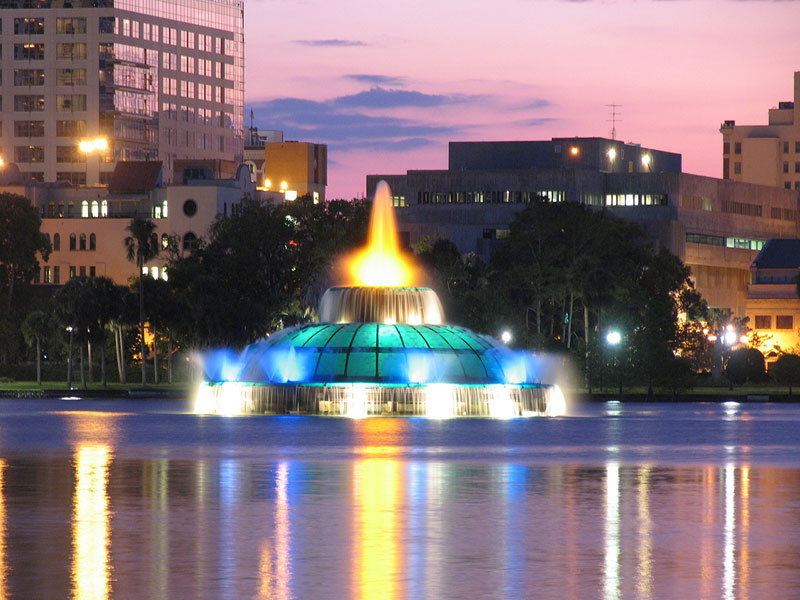 While the U.S. lost 22.4 million jobs in the first 60 days of the pandemic in 2020, those losses were not equally distributed across the country.  The same is true for the recovery.  All but 5 million of the lost jobs (numerically) have returned, but only 10 percent of the 380 Metropolitan Statistical Areas (MSAs) now have as many jobs as in February 2020 – the month prior to the pandemic.

The table below shows the 40 MSAs that have posted the best job performance from February 2020 to September 2021 using seasonally adjusted data from the U.S. Bureau of Labor Statistics.  Among the 38 MSAs deemed as recovered (having at least as many jobs today as February 2020), 71 percent were located in five states: 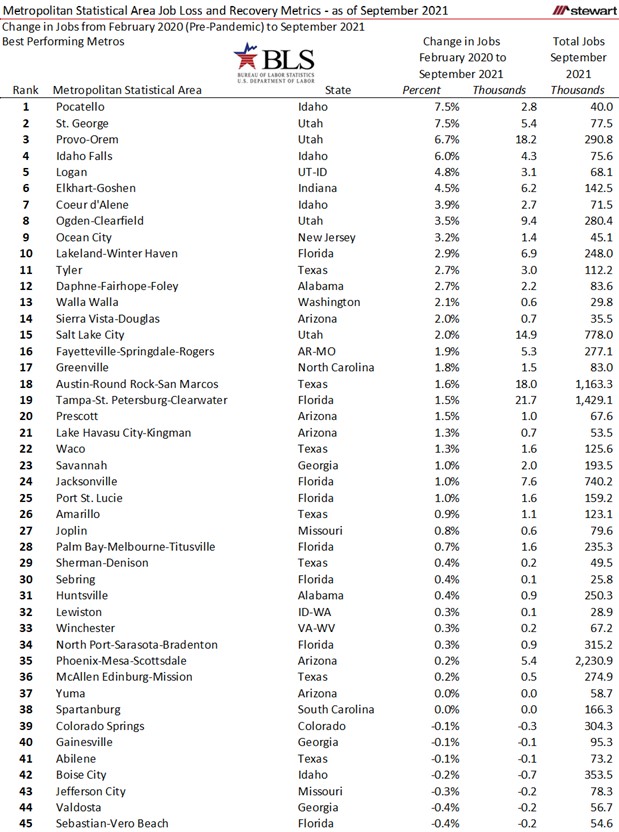 The 45 MSAs with the worst job performance from February 2020 to September 2021 are listed in the next table.   Among the 38 worst performing job metros, the following states dominated: 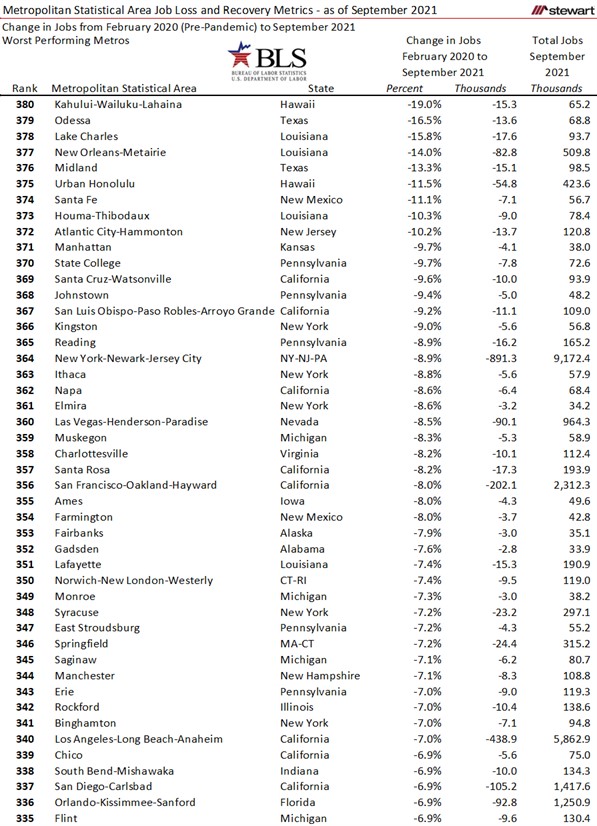 The latest 1-month job growth rates for the 45 top and bottom MSAs are detailed in the next two tables. 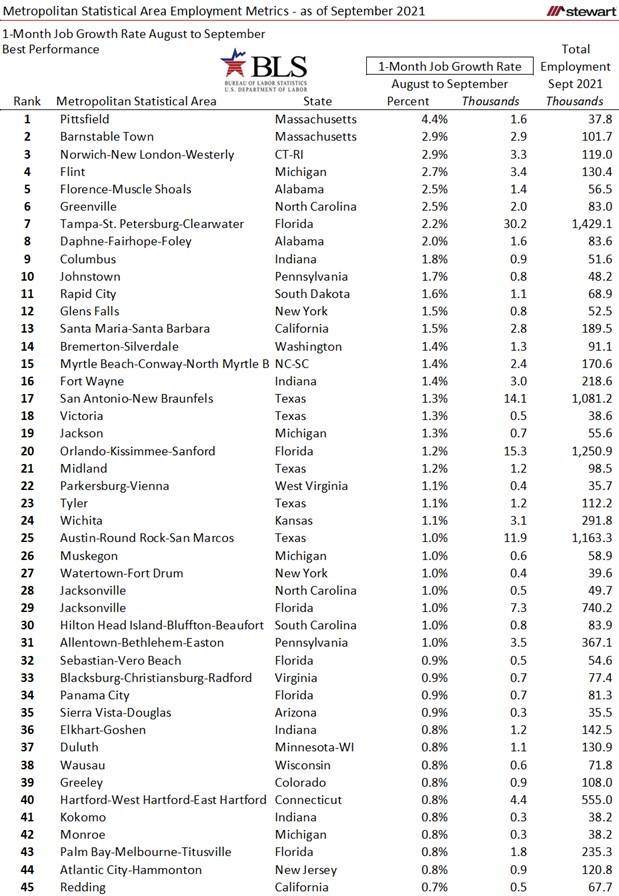 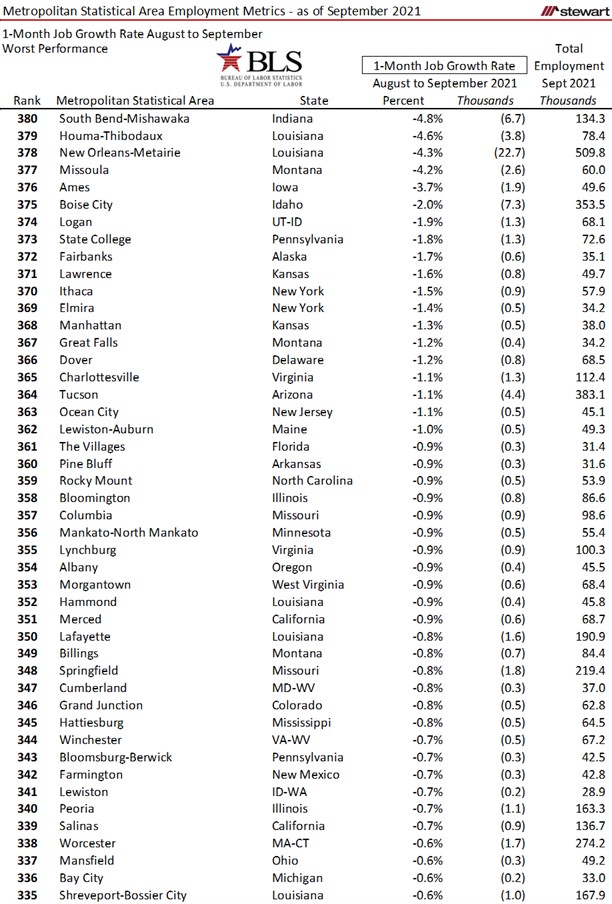 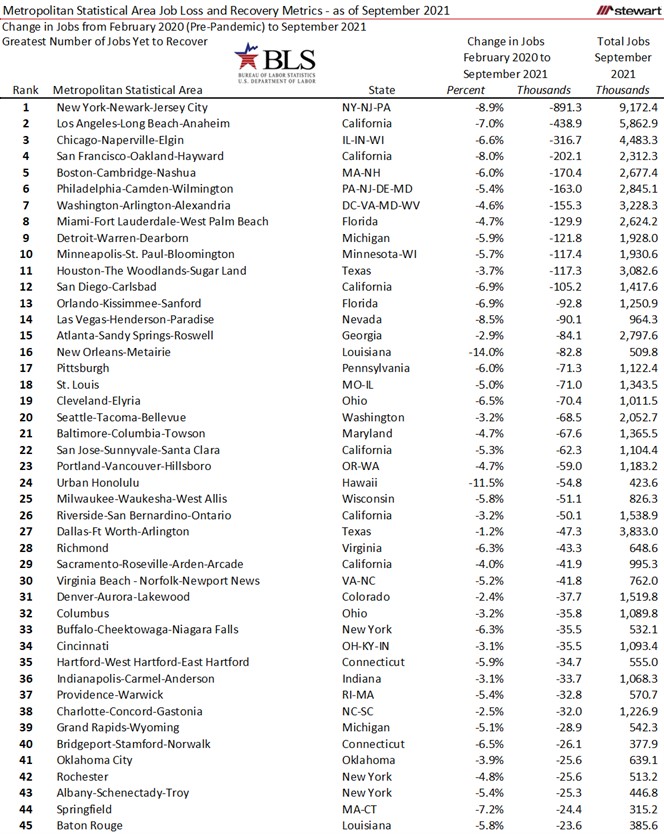 The attached PDF details all 380 MSAs with the following metrics:

Just as in Snow White, when the queen was initially the fairest in the land but was replaced by Snow White, the same is true for job growth rates across MSAs.  These respective rates and rankings will continue to change.  However, as stated in the prior blog on state employment metrics:

I believe the third trend above - migration - will essentially alter the rate and where job growth (or loss) takes place over time for decades.  Throw in the potential federal tax increase for some, and the trend may even accelerate among those to be impacted.  While federal income taxes are not avoidable, state taxes are as seven states have no personal income tax at all.    California’s current 13.3 percent top personal tax rate provides an economical comprehension into why individuals such as Elon Musk redomicile to lower tax states such as Texas.

Now consider what happens to net migration if California, for example, increases the personal income tax rate to 16.8 percent as reported by Forbes in May 2021?”

While several MSAs may see a relatively quick-return in coming months to pre-pandemic employment levels, others will likely be looking into the mirror on the wall unhappily -- potentially for years to come.