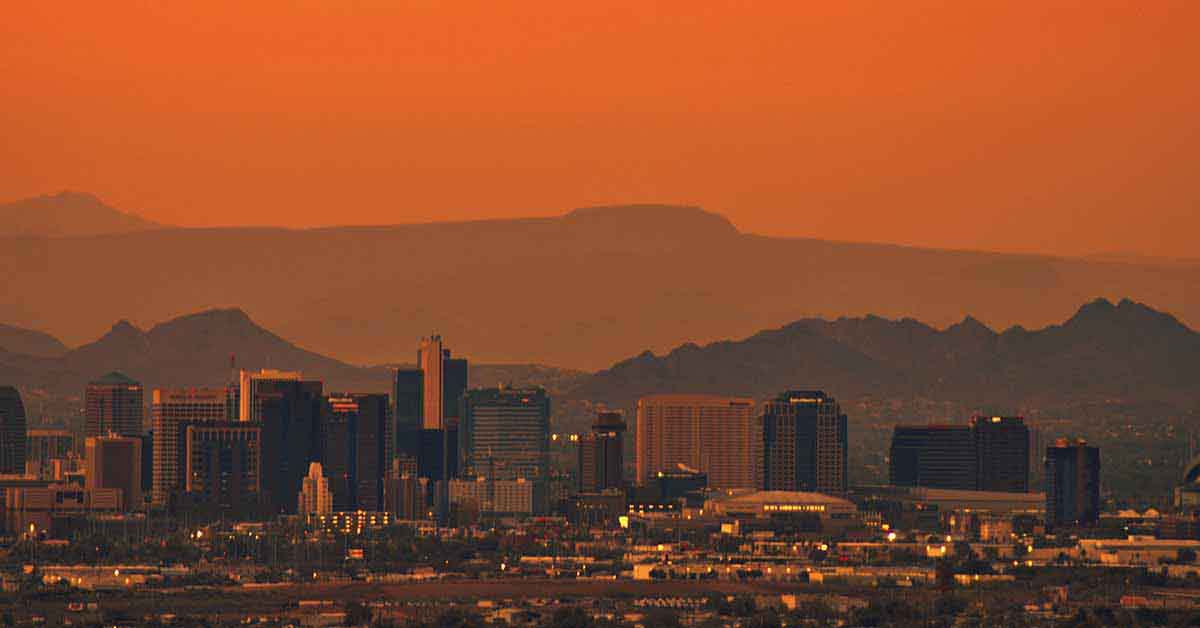 The pandemic accelerated three ongoing trends: ecommerce, migration and work-from-home (WFH).  That all sped-up when the economy shut down in March and April 2020.

Consumers were already shopping online but with the pandemic increased e-commerce significantly. E-Commerce retail sales as a percentage of total sales averaged 4.5 percent in 2010, rose to 7.1 percent average in 2015 and hit 10.7 percent for the year in 2019. In Q2 2020, e-commerce sales rocketed to 15.7 percent according to the St Louis Federal Reserve and are forecast by the National Retail Federation to account for up to 26.3 percent of total holiday sales in 2021.

Migration from the Northeast and rust belt to the sunbelt and Florida as well as an exodus from California to the Southwest and Pacific Northwest has been occurring for decades. This was revved-up during the pandemic and could grow even more if the proposed tax increases are passed by Congress. While federal income taxes are unavoidable, individuals and firms can and do relocate from higher-taxed states and markets to lower-taxed locations. Elon Musk’s recent change in tax domicile from California to Austin is a classic example.

Prior to the pandemic in 2019, just 6 percent of all employed workers did so primarily from home, up from 4 percent in 2009 according to the U.S. Census Bureau’s American Community Survey. That rocketed-up to an estimated 35 percent in May 2020 as reported by the National Council of Compensation Insurance (NCCI).

These accelerated trends have resulted in the ability for many workers to essentially live anywhere provided needed infrastructure and support items such as internet and other resources are available. People are moving to both more desirable and affordable metros.

To identify America’s Cheapest Cities Where Everyone Wants to Live, 24/7 Wall Street ranked Metropolitan Statistical Areas (MSAs or Metros) based on the net in-migration of homebuyers from July 2020 to April 2021 based on data from Redfin, a full-service national brokerage company headquartered in Seattle, Washington. They also considered incoming home-purchase searches of homes for sale online relative to outgoing searches among prospective buyers on Redfin. Cities specifically included had to have a comparative cost of living below the national level.

The comparative rankings of net-in-homebuyers are detailed in the first table. 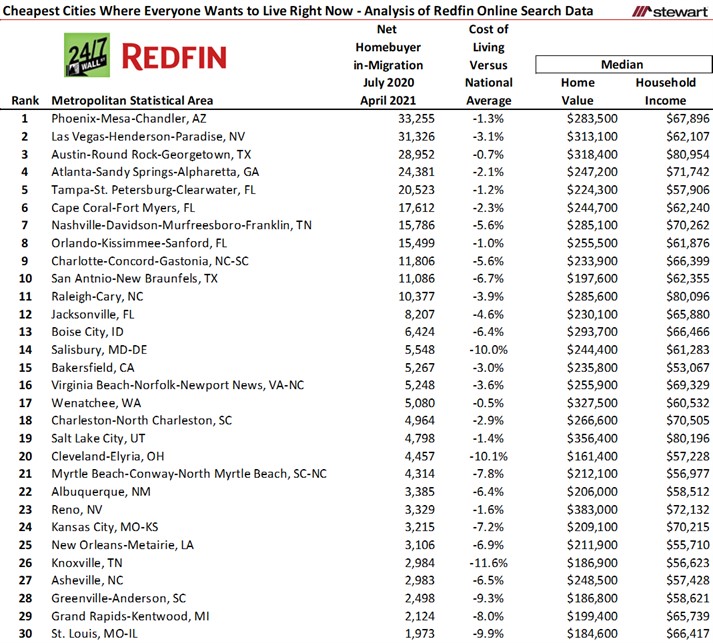 The next table shows which metro was searching the cheapest MSA the most -- i.e. where people were moving from. In this mix the New York-Newark, NY-NJ-CT-PA MSA had eight differing search destinations in which they dominated, Los Angeles-Long Beach, CA MSA with six different cheap-city destinations and the Washington-Baltimore-Arlington, DC-MD-VA-WV-PA MSA with five. While the primary source destination into the Tampa-St. Petersburg-Clearwater, FL MSA was Orlando-Lakeland-Deltona, FL, I do not believe this had any relationship to costs but rather those in land-locked Orlando preferring the waterfront attributes of the Tampa MSA. 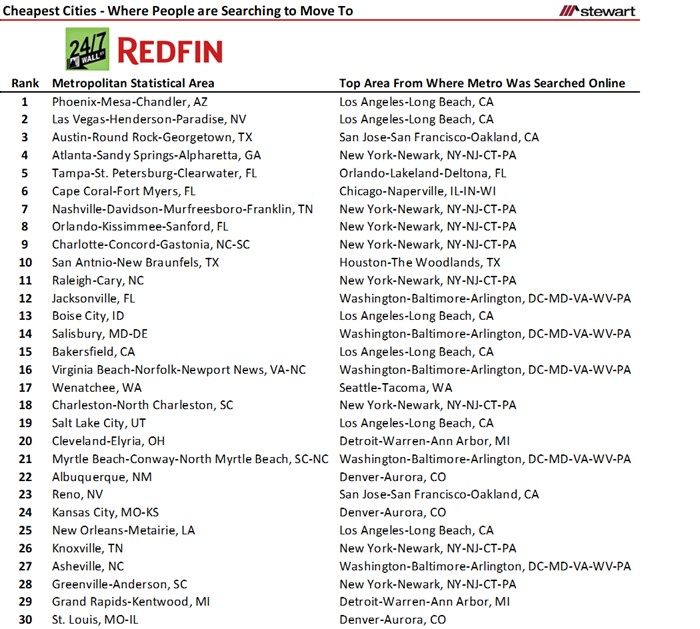 One concern is that the data utilized were old.  An example is Austin’s median home price which was noted in the article at $318,400. The Texas Real Estate Research Center (which actually downloads every sale monthly from the Auston Board of Realtors) showed a median $343,500 for 2020 and an average median thus far for 2021 of $441,300 – up 38.6 percent.  In the same period U.S. median home prices have risen from $271,900 to $340,500 (average of the median prices year-to-date), for a gain of 25.2 percent. The divergence in home price gains alone may have taken Austin out of the Costs Less to Live Than the National Average segment. Regardless of costs, however, people are flocking to Austin, Texas.

These are not new trends, but just accelerated WFH, resulting in growing migration into these lower cities.