The surge in existing home sales continued, up 25.8 percent in noviembre 2020 versus one-year ago on a seasonally adjusted annualized rate (SAAR) to 6.69 million as reported by the National Association of Realtors® (NAR). Though down 2.5 percent from the October SAAR, much of that is due to the decline in inventory of homes available for sale, with the number of listings down to a record-low 2.3 months of inventory. 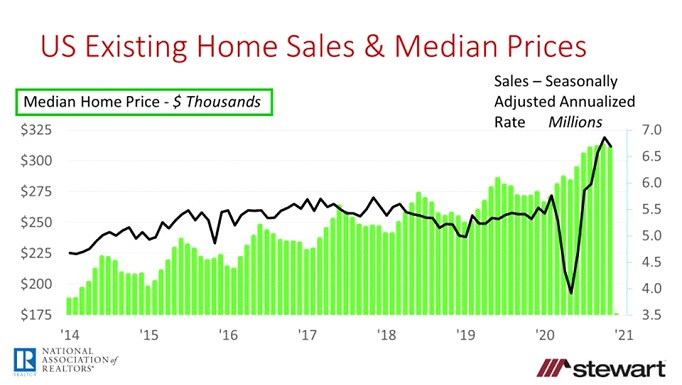 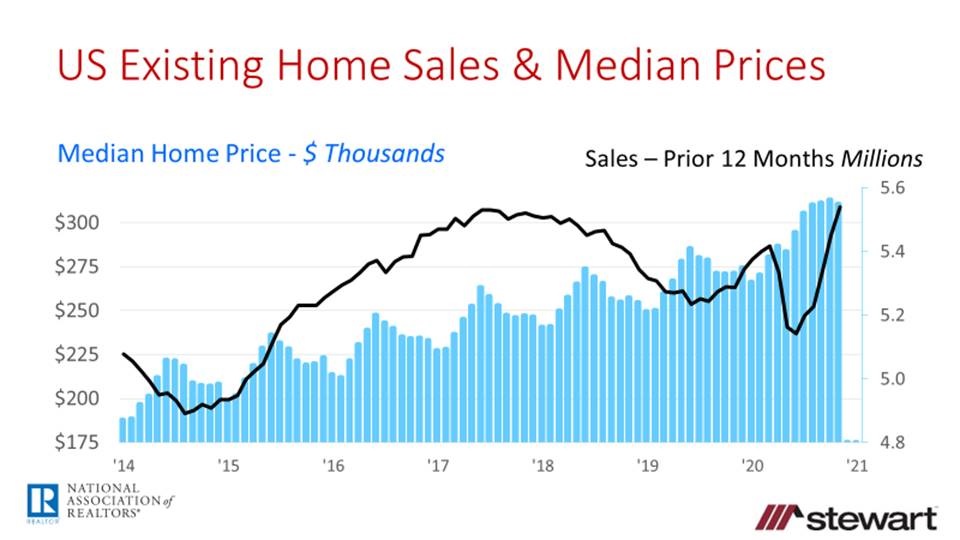 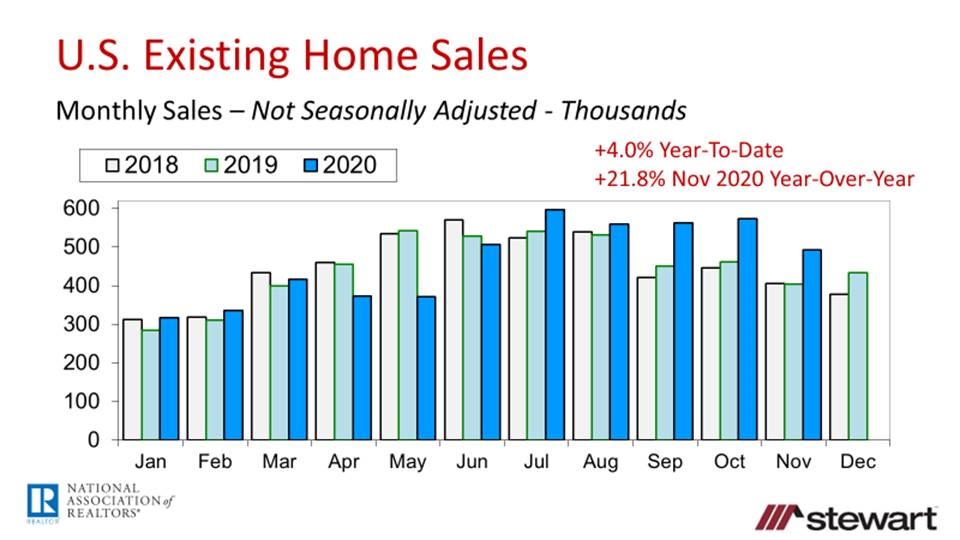 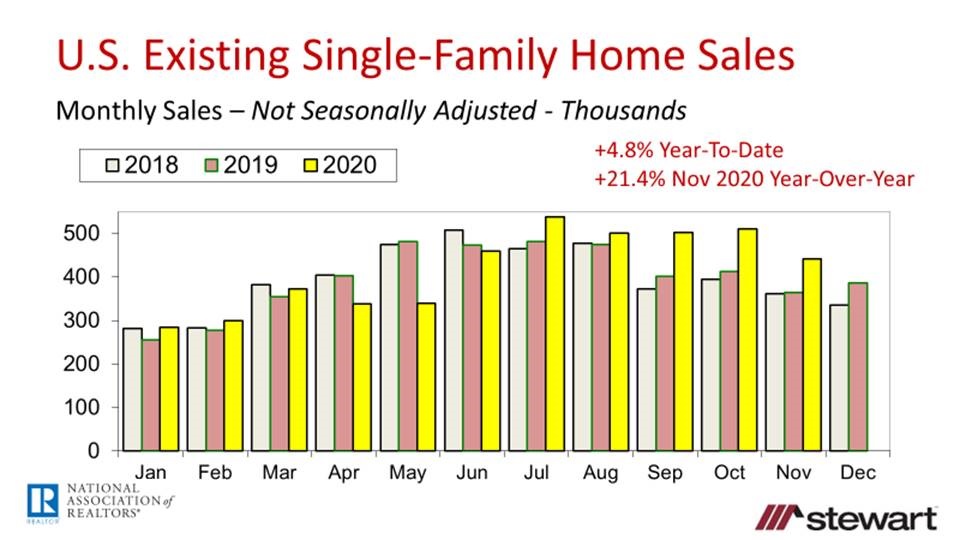 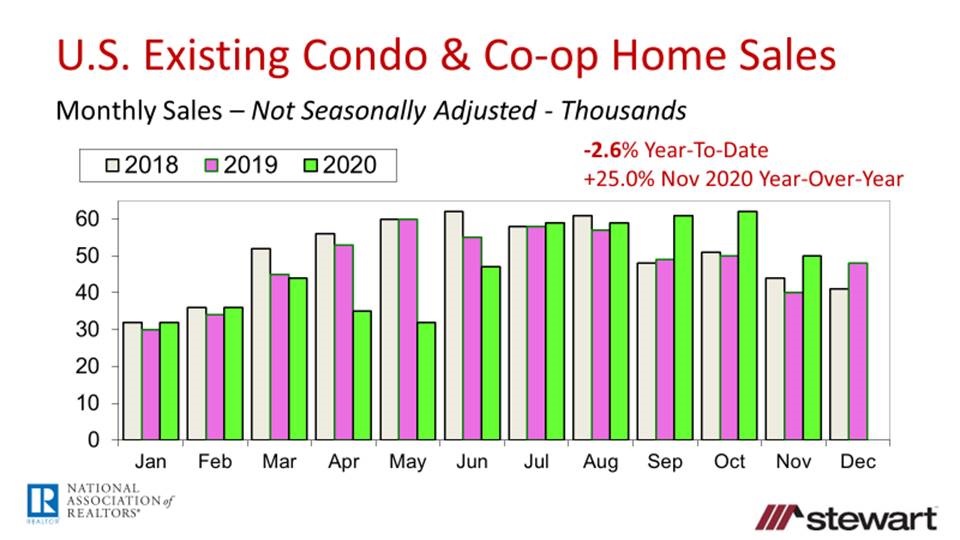 Sales by price range reveal that the hot-housing market continued across all but the lowest price range. NAR conducts a monthly sample (not seasonally adjusted) regarding the percentage change in single-family sales and inventory from one year ago, and distribution of sales by price range. The following table shows these metrics on a national basis for noviembre 2020. Inventory declined or essentially remained flat in every price range on a year-over-year basis. Sales rose in all price ranges from $100,000 and up. Shrinking inventory -- down 38.5 percent versus a year ago -- contributed to the drop in sales in the $100,000 and less segment. The greatest year-over-year increase in sales once again was in the $1 million plus range, almost doubling compared to a year ago (up 88.1 percent), with the $750,000 to $1 million segment up 84.9 percent and home sales from $500,000 to $750,000 up 64.9 percent. 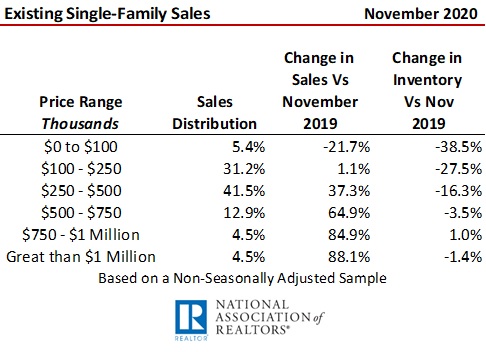 While the pandemic has given housing the greatest intrinsic value in our lifetimes due on the amount of time we have spent at home, record-low interest rates helped fuel this demand. The surge in home sales indicates that people in the homebuying segment have not been hit as hard with unemployment. Just 2.8 million homes with mortgages were in a forbearance program with their lender, making up 5.3 percent of the 53 million properties with mortgage loans according to Black Knight. This is less than the 6.7 percent unemployment rate reported by the U.S. Bureau of Labor Statistics for noviembre 2020.