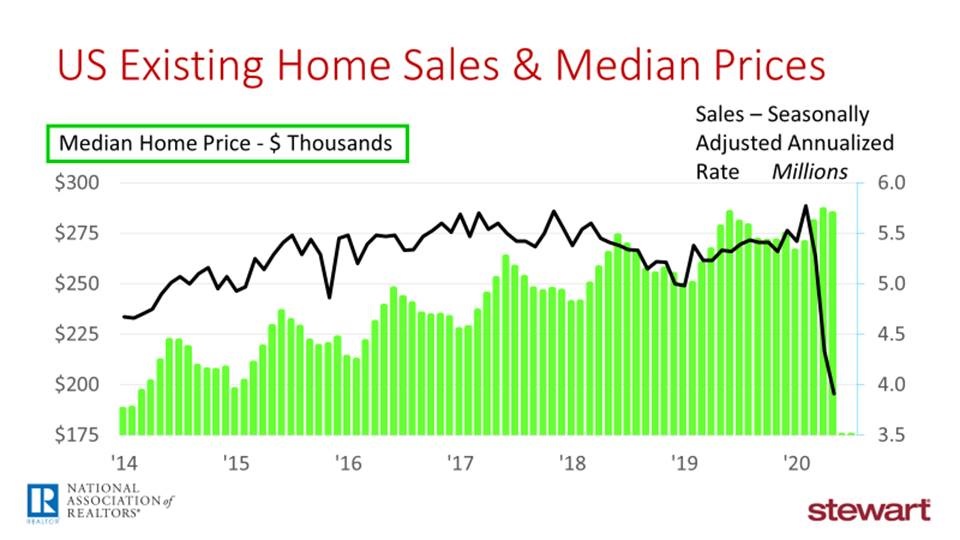 Within the home sales is another story. NAR’s home sales include single family, townhouses, condominiums and co-ops. While single family home sales were down 29.5 percent in 5월 2020 versus the prior year on a raw, not-seasonally adjusted rate, condominium and co-op sales were off an astounding 46.7 percent for the same period. Obviously the pandemic is making a difference in consumer preferences for greater separation from other – at least for now. Though the median single-family home value of $287,800 was up 2.4 percent year-over-year in May, it slipped 1.6 percent for condo co-op properties to $252,300. The next two graphs show the monthly raw non-adjusted sales for 2018, 2019 and 2020 year-to-date for single family and condo + co-op units. 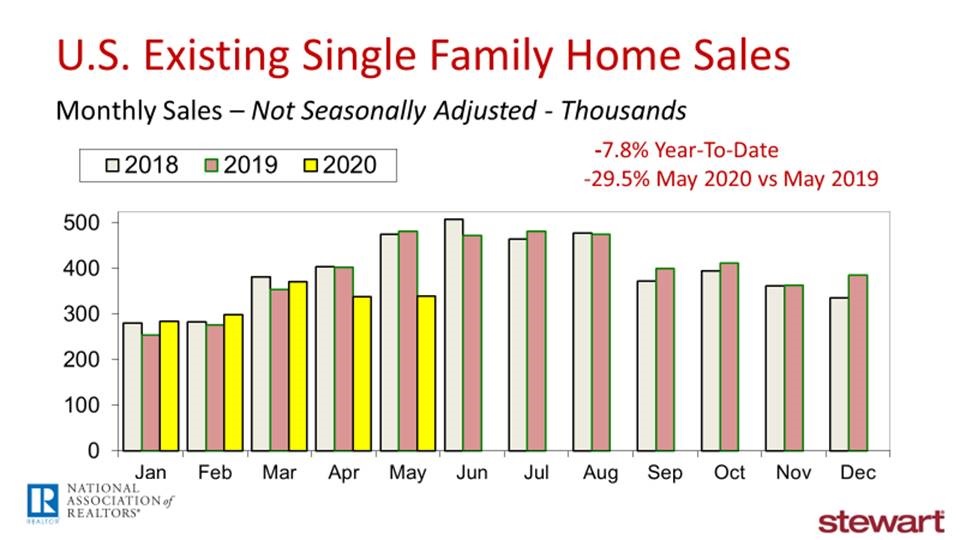 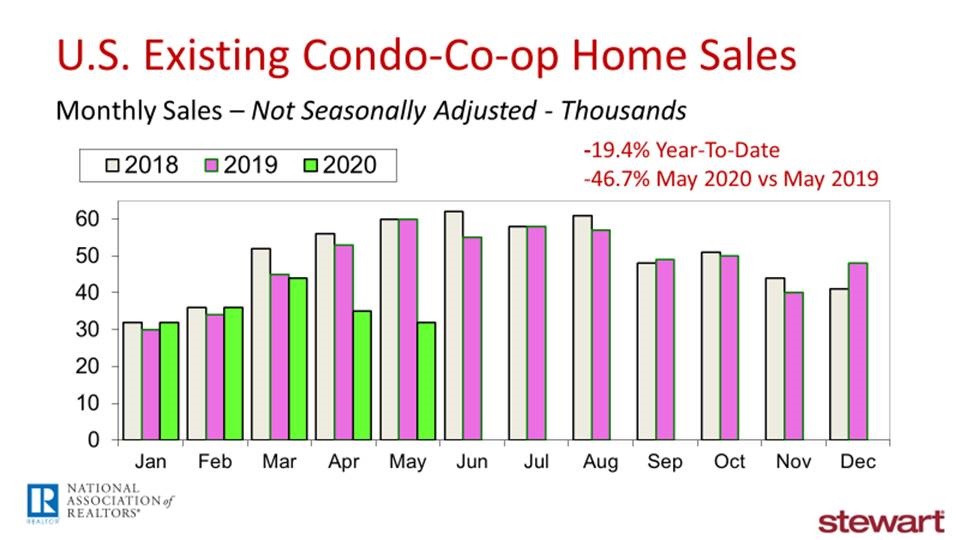