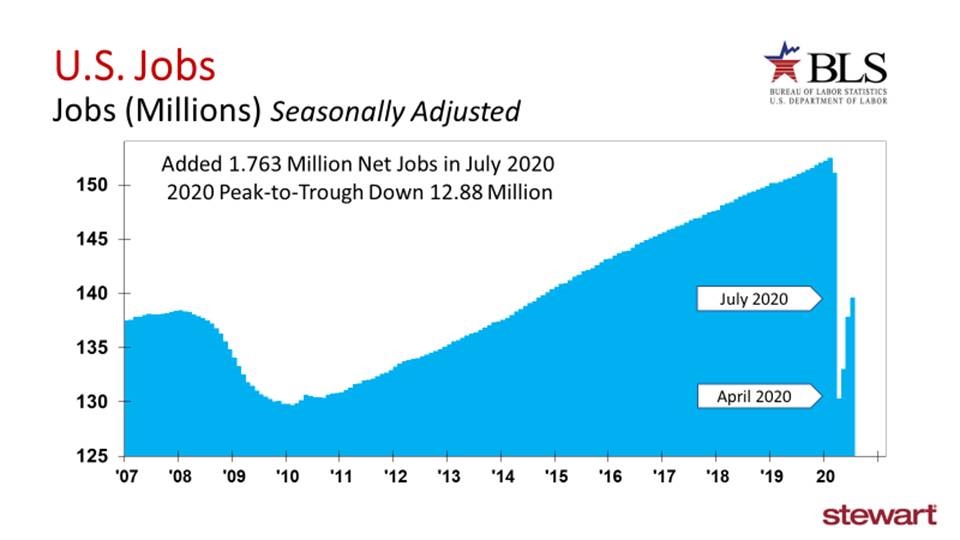 Supersector employment data, as defined by the BLS, are shown in the following table. Job gains are detailed in thousands and percentages from June to 7월 2020. Two sectors, Mining & Logging (which includes Oil & Gas) and Information, shed 7,000 and 15,000 jobs, respectively from June to July. Though Leisure & Hospitality notched the largest gain, they also had previously suffered the biggest loss, dropping one of every two jobs from March to April. The next two columns contrast the total percentage of jobs in each of the Supersectors for February (pre-Coronavirus) and July. The last column details the total number of jobs yet to be recovered since the February peak.