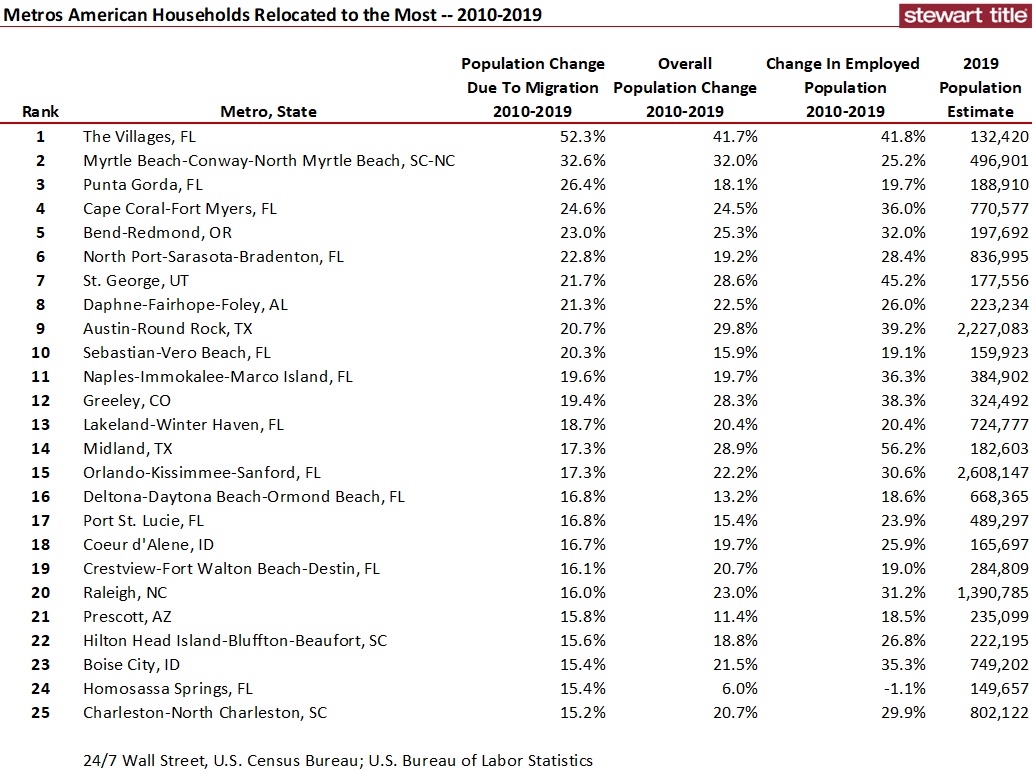 Some of the trends seen in the top 25 have already changed. Midland, Texas, for example, was booming given comparatively high oil & gas prices, as 34 percent of all jobs in 2019 were oil & gas-based in the MSA, contrasted to less than 0.5 percent nationwide. From 2월 2020 to the employment trough, the Midland MSA lost one-out-of-every five jobs (19.8 percent) -- the 36th greatest loss rate across all 437 MSAs and Divisions due to lower oil & gas prices. See the Stewart Blog at http://blog.stewart.com/stewart/2020/08/04/msa-division-job-performance-february-to-june-2020/