As new home sales prices inflated to a record high – with the median price in tháng tư 2021 at $372.400, up 12,6 percent from the prior month and up 20,2 percent year-over-year, the air was let out of the number of sales which dropped 5,9 percent from the prior month according to the latest data released by the U.S. Census Bureau. As sales deflated, inventory of homes for sale rose from 307.000 in tháng ba 2021 to 318.000 as of April on a seasonally adjusted basis, increasing the number of months of inventory available for sale from 3,6 to 4,4 months. Given the onset of the pandemic in tháng tư 2020, year-over-year comparison of the percentage change in sales is relatively meaningless.

New home sales and median prices are shown in the following graph monthly from tháng một 2011 -- commencing at the trough in home sales following the implosion of the housing bubble. 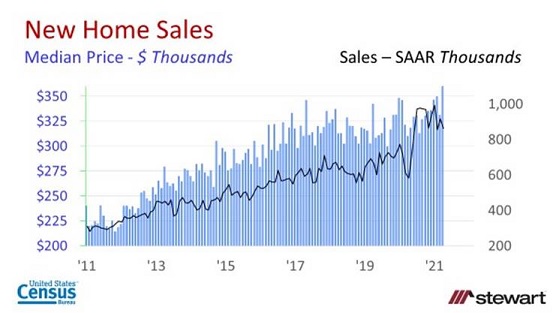 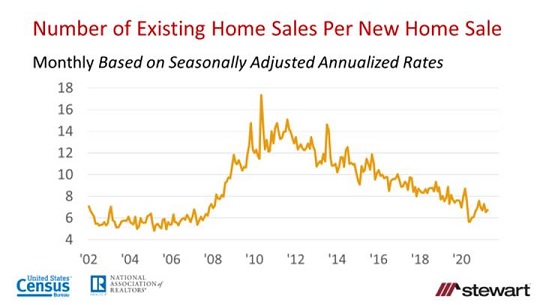 The typical percentage premium paid for new homes is shown in the last graph. It was calculated by subtracting the 12-month average existing median home price from the 12-month average new home median price, and then dividing by the average 12-month existing home median price. Using the 12-month moving average sheds the seasonality impact observed in home prices. The average new-home price premium since 2002 was 22,1 percent, with a trough of 6,9 percent at the peak of the housing bubble and a 38,8 percent peak in tháng tư 2013. In no way is there an inference that the typical new home is similar in size, amenities and features of the typical existing home. The only metric that is being compared is median price. 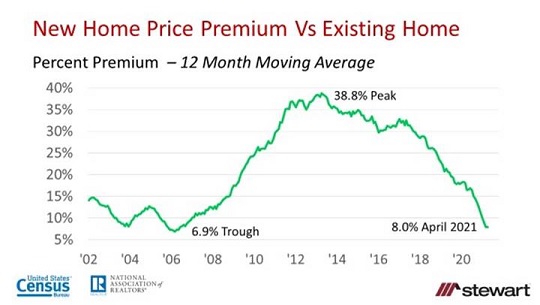 While there remains 9,8 million unemployed across the U.S., as a group Americans have $2 trillion more today in their bank and savings accounts, purses and billfolds and pockets compared to one year ago, and that, despite the rapid rise in home prices, is driving the effective demand for housing, albeit at a slower rate.