The first table shows job growth rates for just one month, from September to 2020 年 10 月. Top one-month job growth was in Alaska (+2.9 percent) and Hawaii (+2.0 percent). Both of these states had restricted access (Alaska requiring a negative COVID test and Hawaii 14 days of quarantine) and are just now reawakening economically. Four states (New Jersey, South Dakota, Wisconsin and New Hampshire) and the District of Columbia posted a one-month job loss and just one state, Illinois, showed no change. 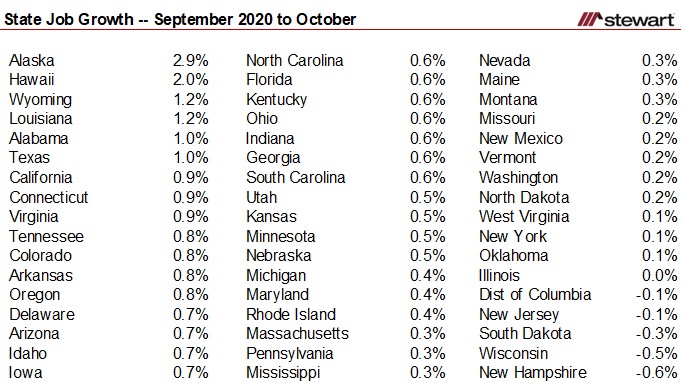 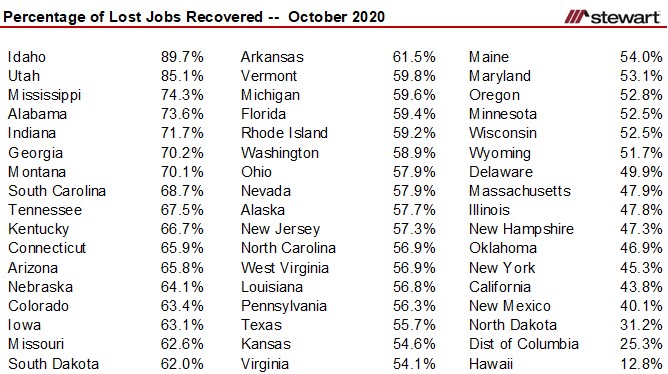 The last table shows all of the prior metrics by state (and the District of Columbia) plus total employment numbers as of 2020 年 10 月. 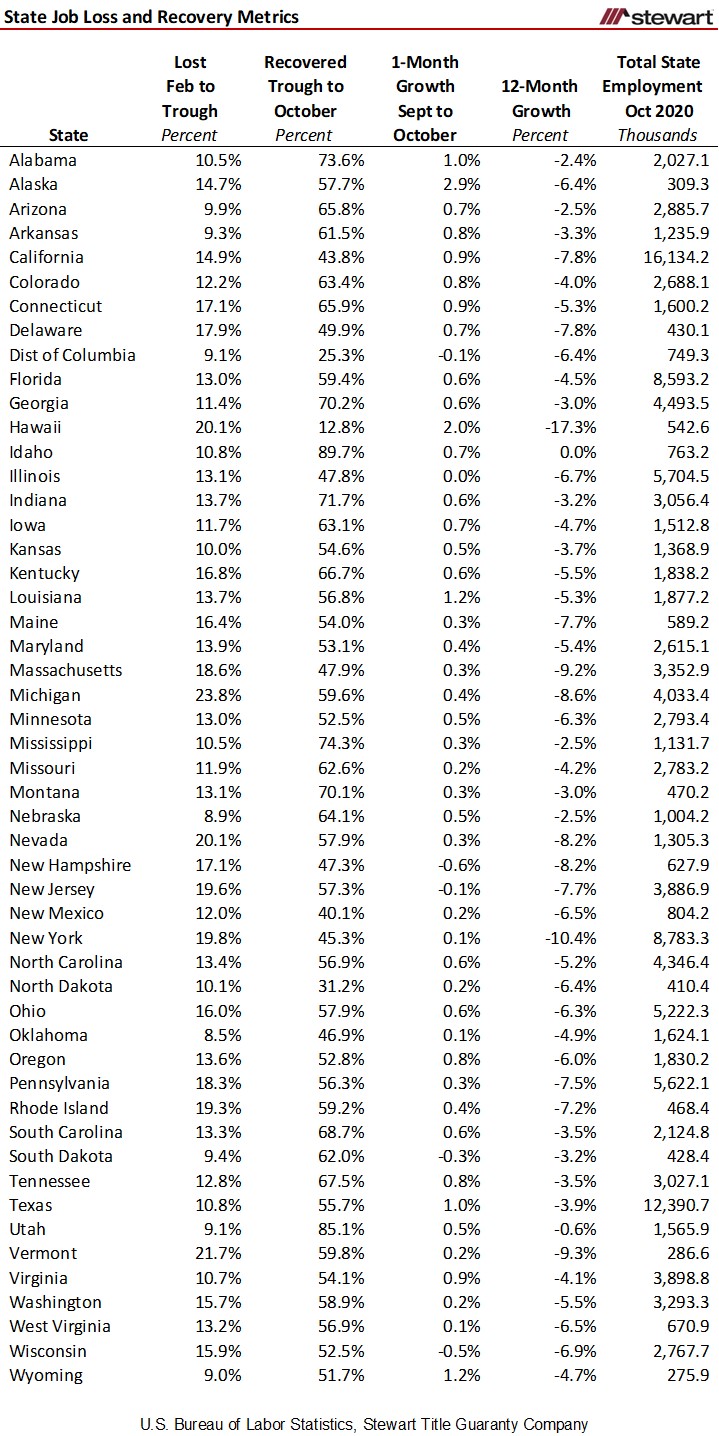