Total net population change is shown in the next table, sorted from the largest gain to losses from 2018 to 2019. Also included is each state’s percentage of the total U.S. gain along with a cumulative percentage. The four states with the greatest increase in population (Texas-Florida-Arizona-North Carolina) accounted for more than one-half of the total U.S. gain. Texas, which added the most at 367,215, accounted for almost one-in-every-four net-new people in the country (23.7 percent) in 2019.

All related statistics and metrics are shown in the last table for the 50 states, District of Columbia and the U.S. 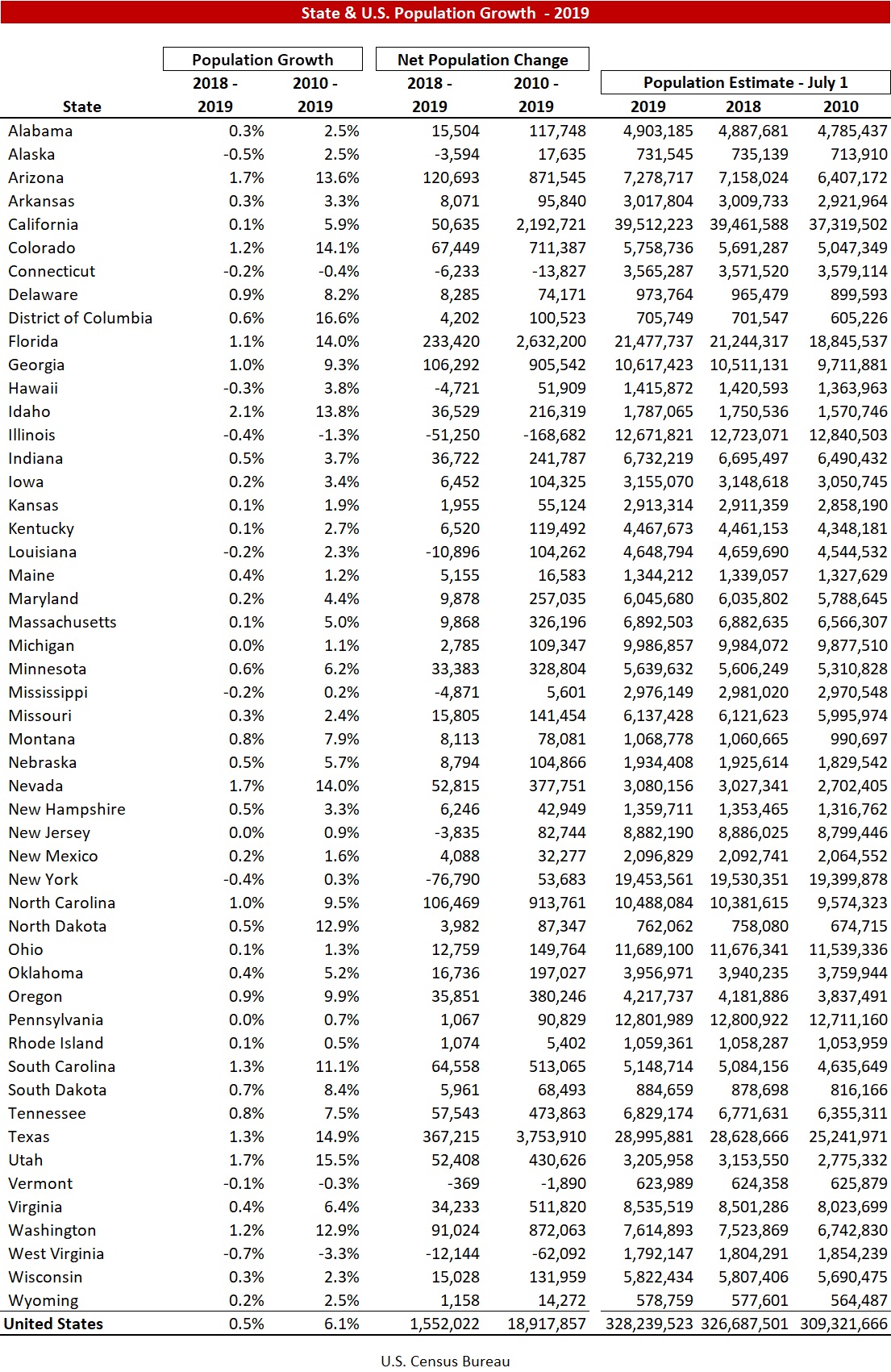 As noted earlier, population growth does not guaranty economic gains as consumers require effective purchasing power. The desire for housing ownership, for example, increases as the population grows, but without jobs with incomes enabling the acquisition of a home, the population increase is mute. The U.S. remains one of the few economically developed countries still gaining population. See the previous blog on World Population Forecast at http://blog.stewart.com/stewart/2019/04/23/world-population-forecast-2015-to-2050/