No doubt this unprecedented time in our country will result in many people deciding to relocate to other markets when things return to a more normalized situation. For some, state and local tax issues will contribute to the relocation decision.

What services state and local governments offer and how they fund those services varies dramatically. Correspondingly, likewise does the burden of taxes. To compare the respective tax burden of each state, 24/7 Wall Street used state and local data from the 2017 U.S. Census Bureau’s Census of Governments and income data from the Bureau of Economic Analysis. The key calculated metric was the total state and local tax collections as a percentage of personal income on a per-capita basis. No Federal taxes or payments were included.

Taxes for all 50 states are listed in the next table. 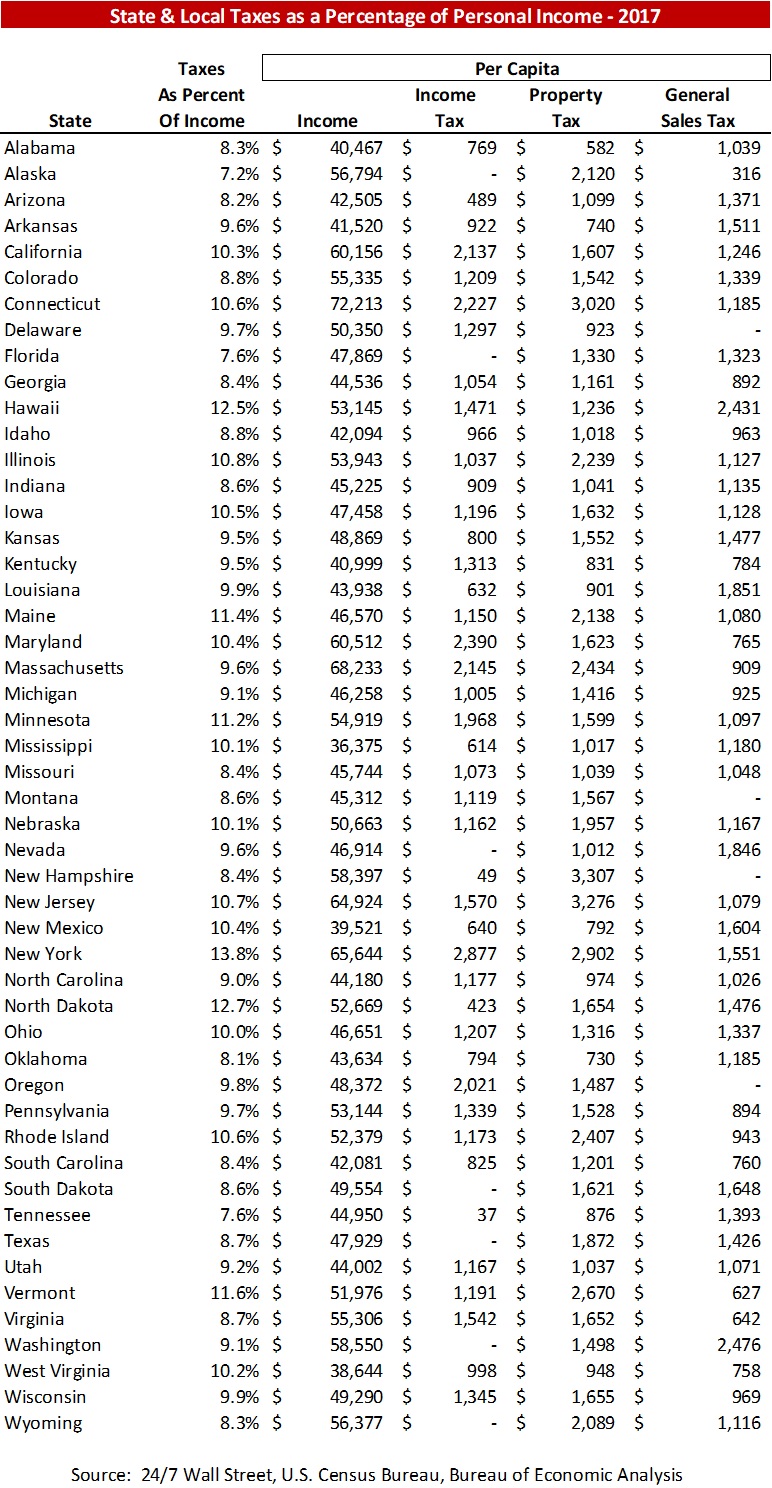 A recent survey (April 5th) by Realtor.com found 68 percent of respondents’ plans to move were unchanged due to the Coronavirus. Among those with changed plans, 9 percent had not planned to move but now need to do so while 14 percent canceled their plans to relocate. Almost one-in-10 surveyed (9 percent) had changed their mind from buying a property to renting while 7 percent flipped their intentions from renting to purchase.

Economics will still play in some people’s choice in where to relocate. From a tax perspective, some states are more desirable than others.