Most Americans are risk averse when it comes to safety – whether that is personal, financial, on the road or in the workplace. The level of risk that people face varies across the country, from state-to-state and even within cities. Once again the TINSTAANREM axiom is invoked — There Is No Such Thing As A National Real Estate Market or economy. The same is true regarding the risks faced at home, work, and on the road.

To ascertain the safest states in the U.S., WalletHub examined 53 metrics across five major categories with a 100 point possible score:

The 10 most- and least safe states Overall are shown in the table. This is driven by the selected metrics, which if changed, would alter the rankings. 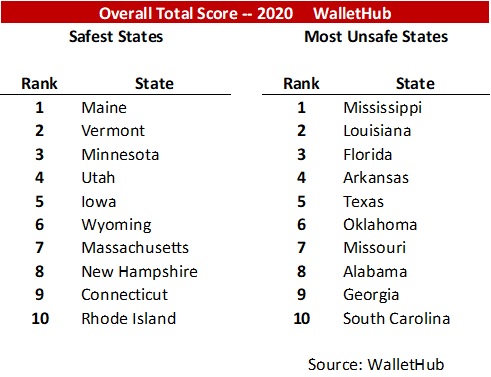 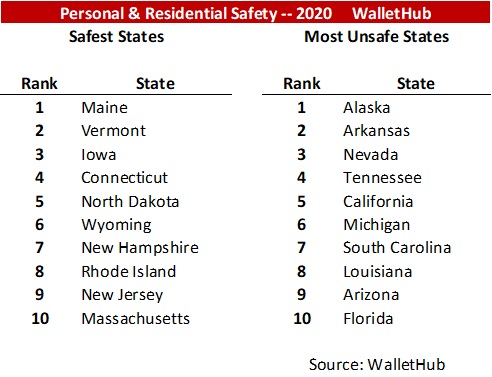 Financial Safety, which includes metrics such as identity theft rates, insurance coverage, credit scores and unemployment, is listed in the next table. Florida, which had consistently ranked in the top-10 states for employment growth in recent years placed 46th safest, showing the impact of the other variables included in the rankings. 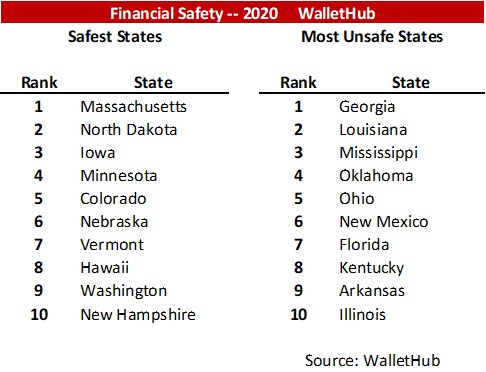 Metrics for Road Safety included factors such as the fatalities per 100 million vehicle miles, DUIs per capita, and uninsured drivers are shown in the next table. Obviously total driving distances are not as impactful on Road Safety since Hawaii, has the fewest lane miles of all states at 9,781 and is ranked 3rd in the most unsafe states. Minnesota, the 3rd best in Road Safety has 286,708 lane miles of road (5th most in the U.S.). 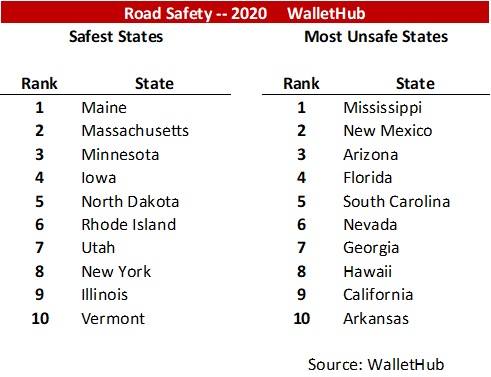 Workplace Safety was based on factors such as injuries (total and fatal per set amount of workers), days lost to occupational injuries & illnesses and the presence of OSHA plans. 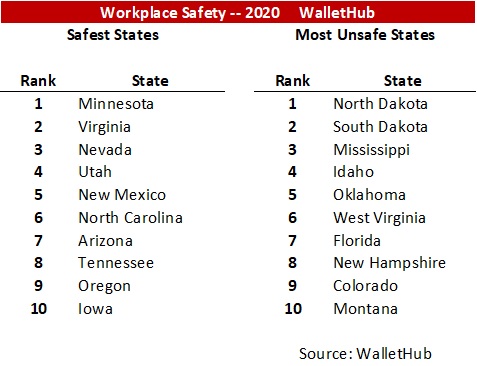 To read the entire WalletHub study click https://wallethub.com/edu/safest-states-to-live-in/4566/ It includes a detailed list of the 53 metrics utilized to construct the relative rankings for the study.

Safety has obviously been a front-and-center concern since the Coronavirus outbreak, and now is being magnified by the wave of social unrest across the country. The question from a real estate perspective is whether this will accelerate existing migration patterns for some markets or completely alter migration departures from higher-density states to smaller locales. My bet is that more people will be motivated to depart larger cities, moving to smaller metros (and states), reversing a trend seen for decades.