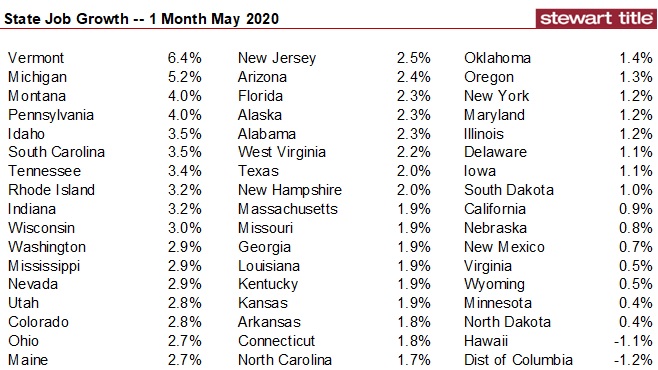 While the good news shows a recovery across almost all of the country, the bad news is that many of the jobs lost since the commencement of the pandemic have yet to be recovered. Percentage job changes since the end of February 2020 (pre-pandemic) to the end of May are shown in the next table. Utah has fared the best, and was down only 6.6 percent at month end in May compared to the end of February. Hawaii ranked last having one out of every five jobs as of February go away – at least temporarily. Hawaii remains under a two-week quarantine for all passengers arriving by air, essentially shutting down the Leisure & Hospitality sector, the state’s largest employment industry. 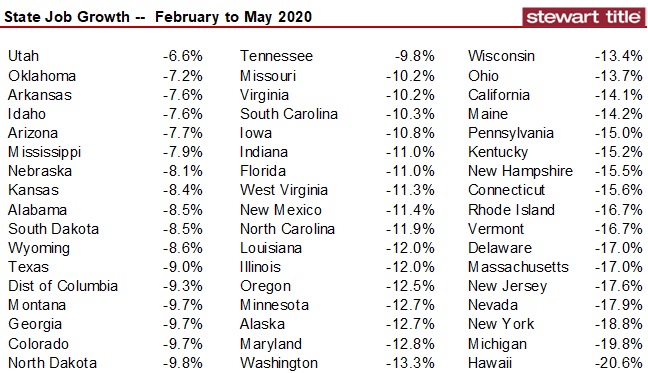 The largest one-month gains in the total number of jobs in May 2020 are shown in the next table. While it is not surprising to see states such as Texas and California in the top-10, Pennsylvania with just 3.9 percent of all jobs in the U.S. posted the second largest monthly gain in jobs adding back 198,300 workers.

Data for all 50 states and the District of Columbia are listed in the last table showing job changes (percentages and numbers) for the prior 1-month, 2-month and 12-month intervals. 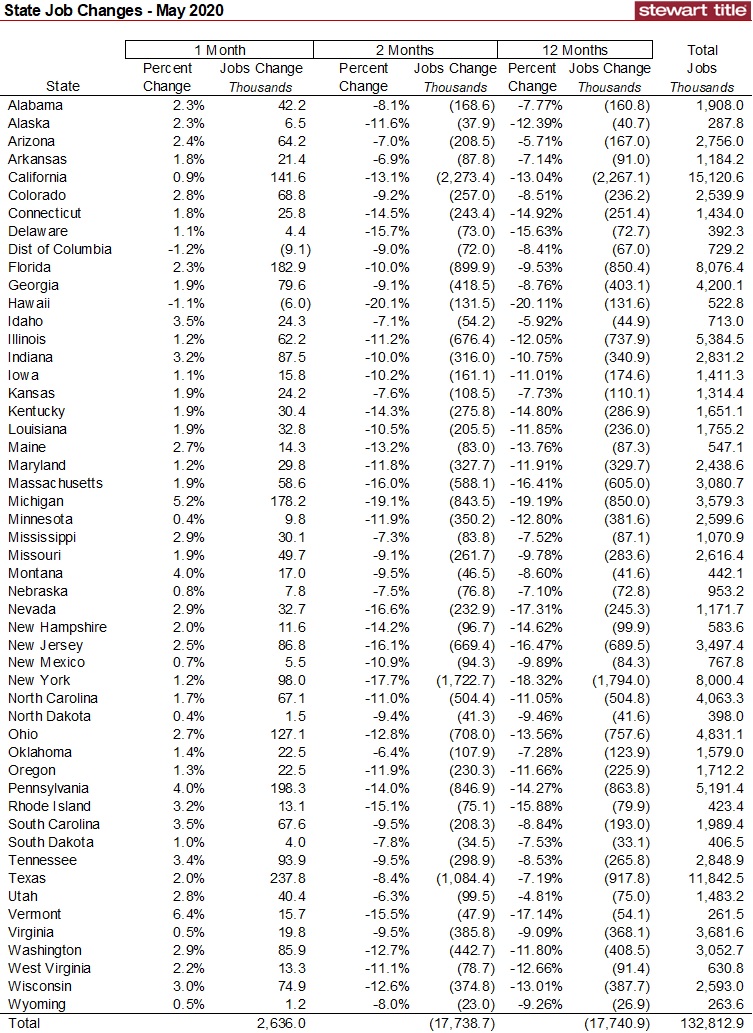 Many states lost more than all the jobs added since the last recession trough from February to April 2020. Some, however, lost less than that number and are on path to a recovery. The following three graphs show job losses for the U.S., Idaho and Maine. The U.S. essentially lost all the jobs created since the bottom of the Great Recession, but showed a recovery of some of those losses in May. While Maine and Idaho had a relatively similar number of total jobs pre-pandemic, their pandemic-time performance differed significantly, From February to April 2020, Maine lost more than twice as many jobs as it had added from 2010 to the start of 2020. In comparison, Idaho lost just slightly less than one-half the jobs added since the Great Recession. 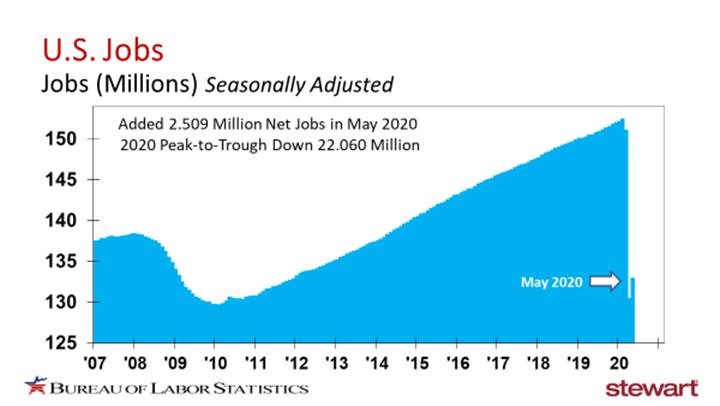 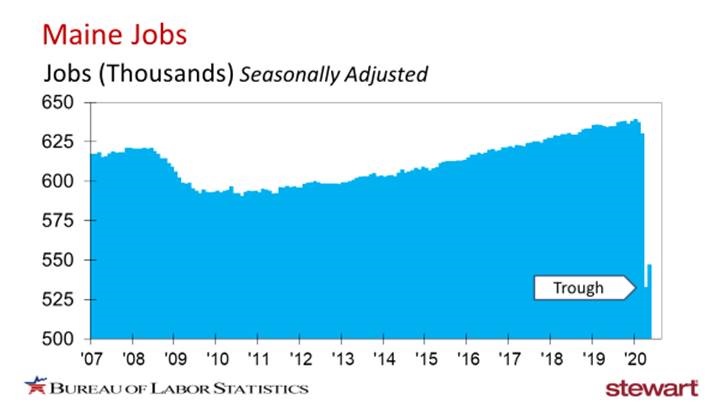 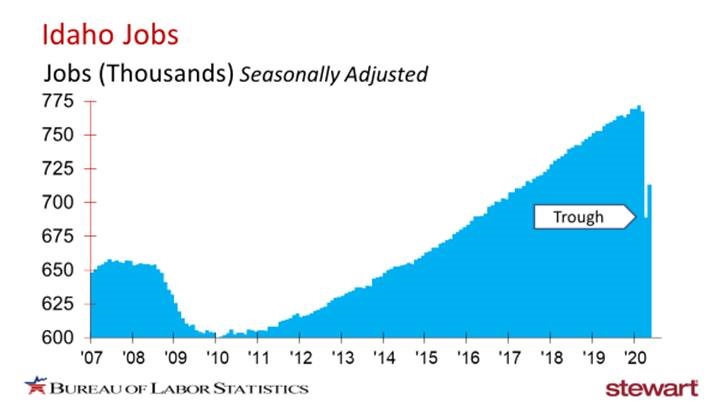 While this is good news, the country still faces unprecedented unemployment levels. Worse, it may be years before all of the lost jobs are recovered. The safety net of the Payroll Protection Program will be only a stop-gap if the economy and demand for jobs fails to come back by the end of federal unemployment benefits.

While the unemployed have the best protections in history with the inclusion of the $600 per week federal unemployment benefits, those may in itself delay the recovery. An estimated 68 percent of those receiving state and federal unemployment benefits are making more not working than when they were employed, while one-in-five are garnering more than double what they earned when working. Many of these individuals are not planning to return to work as long as the benefits exceed their working income, which could result in employers either changing the way of business negating the need for the number of employees pre-pandemic, or simply going out of business.

Though concerns remain, this is good news for now for the economy. A complete recovery, however, is going to take either a vaccine or therapeutic assuring workers and consumers it is safe to return.