The first graph shows new home sales and median price since 2007. In April, the National Association of Home Builders reported that just 22 percent of builders had cut their prices by an average 5 percent compared to 52 percent lowering prices in May 2007 and 49 percent in March 2008. See the full article from the NAHB at https://nahbnow.com/2020/05/survey-22-of-builders-lowered-prices-in-april/ 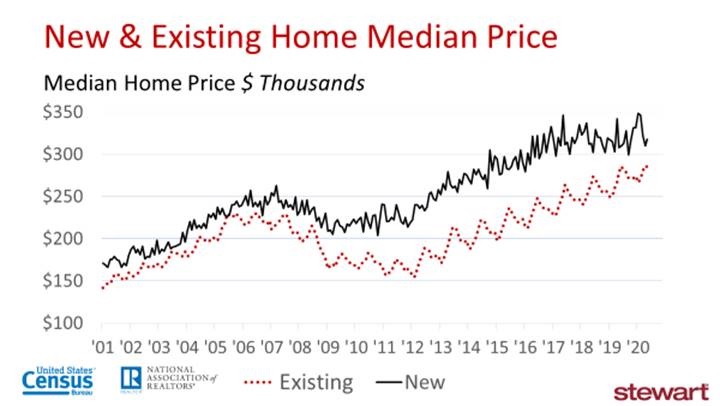 The average new home price premium on a 12-month moving average is shown in the next graph. Lowest recorded 12-month average premium since 2002 was 7.0 percent in March 2006 (the pinnacle of the housing bubble). New home premiums peaked at 39.0 percent in April 2013 and settled to 16.7 percent as of May 2020. 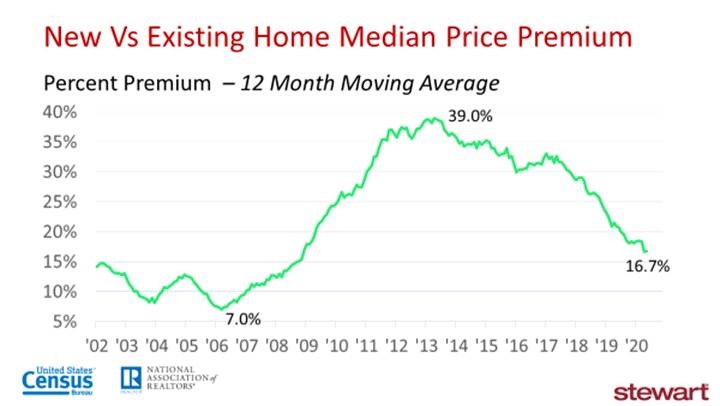 When looked at from a supply and demand perspective, the U.S. in aggregate systematically underbuilt in the past seven years. My premise is that each new dwelling unit needs from 1.25 to 1.5 net new additional jobs to create adequate effective demand necessary to absorb new deliveries to the market place. Annual net new jobs serve as the proxy for demand while new residential building permits reflect supply. Dwelling units include all apartments, condominiums, townhouses and single family. As shown in the following table, the U.S. added 16.926 million new jobs from 2013 through 2019 and issued building permits for 8.435 million new dwelling units.This equates to 2.0 net new jobs per new dwelling unit. Assuming that 1.5 new jobs per new dwelling is equilibrium, then the U.S. underbuilt the market by one-third in the past seven years. 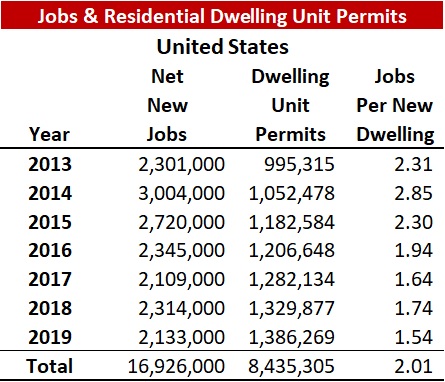 New home sales numbers are revised monthly – with same changes significant in scale. See two prior blogs examining this at:

As noted earlier, these statistics and metrics will be revised next month by the Census Bureau. New housing sales are performing much better than existing home sales given the desire for some to own that new, clean, safe and never-lived-in property in these pandemic times.