Normally, tax related articles and studies are completed prior to April each year as most state and federal income tax bills are due at that time. Coronavirus has changed that given the delayed deadline in filing personal federal income taxes to July 15th, with some talk of extending that another three months. Taxes, just like Coronavirus, are things we must deal with.

Akin to the incidence of Coronavirus, the individual personal tax burden varies not only with respect to income, but also in which state and locality that person is domiciled tax-wise. Once again the TINSTAANREM axiom is invoked — There Is No Such Thing As A National Real Estate Market or economy. Nor is the personal tax burden static from person-to-person, state-to-state, or city-to-city. 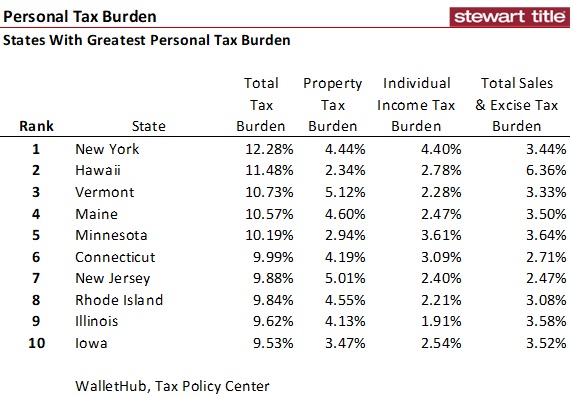 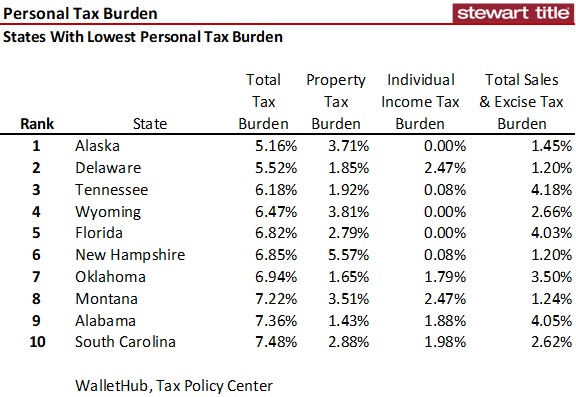 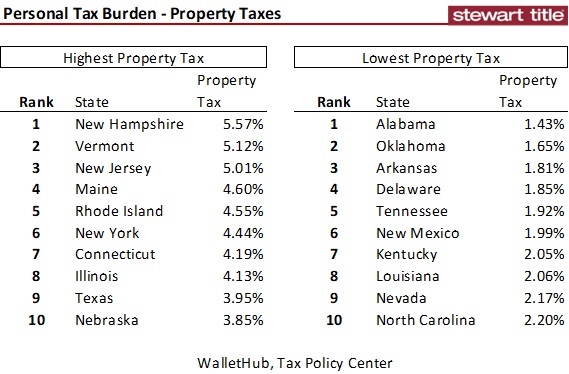 Income taxes are one of the more visible tax burdens, with the top- and bottom-10 states shown in the next table. Eight of the states have a zero personal income tax burden rate. Two others, Tennessee and New Hampshire come in at less than 0.1 percent. Tennessee has a flat tax rate of 6 percent on income from stocks, bonds and notes receivable, with the first $1,250 tax exempt per single tax payer annually. Similarly, New Hampshire imposes a 5 percent annual tax rate on interest and dividends. Neither state taxes W-2 income. Four states with the greatest income tax burdens – New York, Hawaii, Minnesota and Connecticut – are also in the 10-states having the largest overall personal tax burdens. 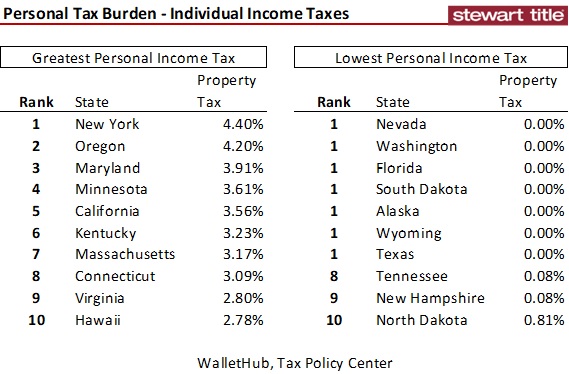 Total sales and excise taxes for the top- and bottom-10 states are shown in the next table. Unlike income and property taxes, individuals must actively purchase goods or services to incur these taxes. 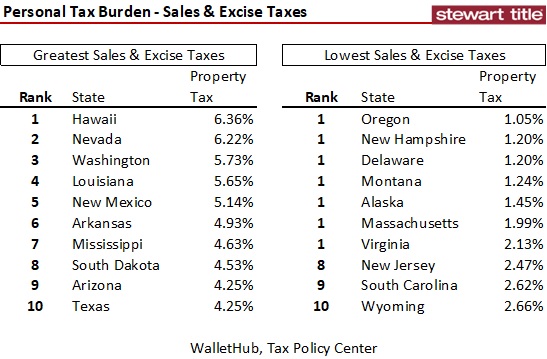 A complete listing of individual tax rates for all 50 states are shown in the following table.

Not everyone identifies high taxes as a liability. There is a fundamental difference in how the residents of each state perceive tax burdens. In the 2016 presidential election, all but one of the 10-states having the greatest personal tax rates came in as a Blue State – with Iowa the lone Red State in the mix. Eight of the 10 states with the lowest personal tax burden voted as Red States, with Delaware and New Hampshire the two falling into the Blue State Category.

It will be intriguing how state and local taxes and the respective tax plans by candidates will or will not impact elections this year. Regardless, where one lives tax-wise, will impact the amount of owed taxes.