Existing home sales exploded up a massive 20.9 percent to 6.54 million in September 2020 based on seasonally adjusted annualized sales (SAAR) vs one year ago as reported by the National Association of Realtors® (NAR).  This was the greatest rate of sales seen since May 2006 on a SAAR. Raw unadjusted sales rocketed up 24.7 percent from 450,000 in September 2019 to 560,000 in September 2020. Sales totaled 4.037 million homes in the first nine months on a raw basis, down just 0.2 percent from the first nine months of 2019 after tumbling in April, May and June due to Coronavirus.

Sales and median prices are shown in the following two graphs. Each show median prices, with the first using the SAAR of home sales and the second the total number of sales in the prior 12-months (raw monthly sales summed). On a trailing 12-month basis, existing home sales were up 1.2 percent in September vs a year ago. 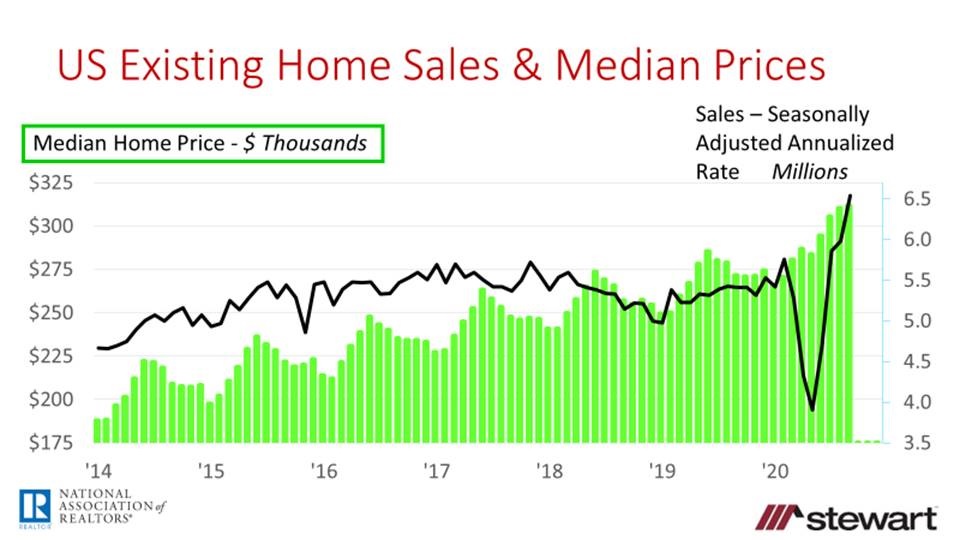 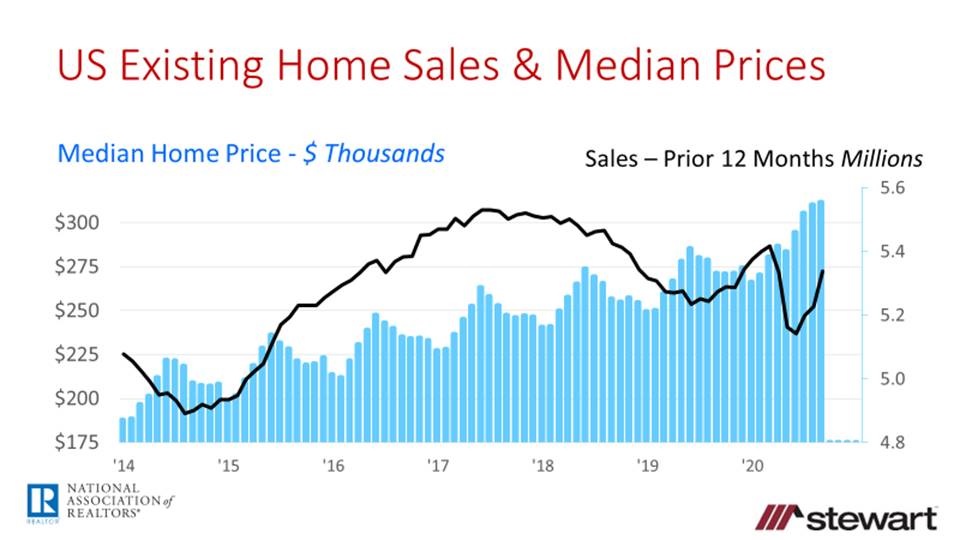 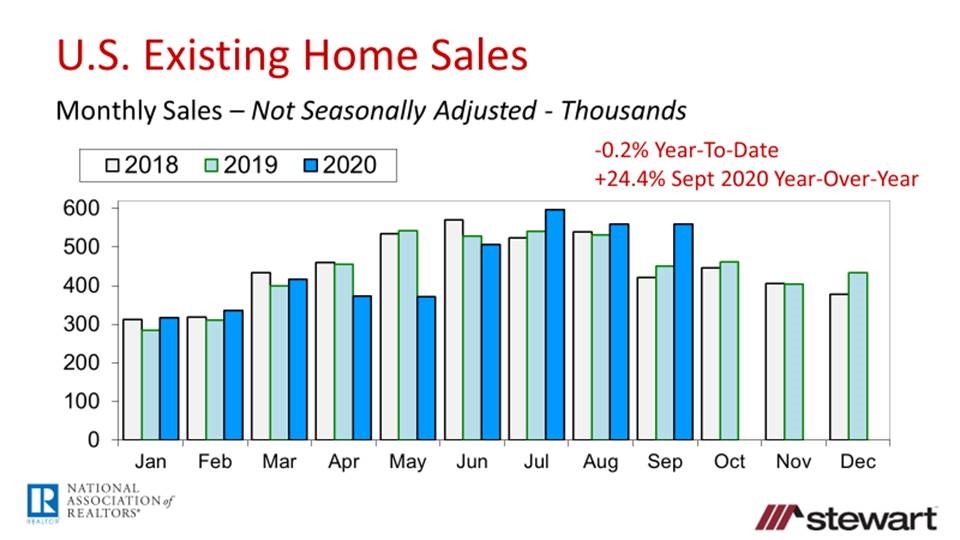 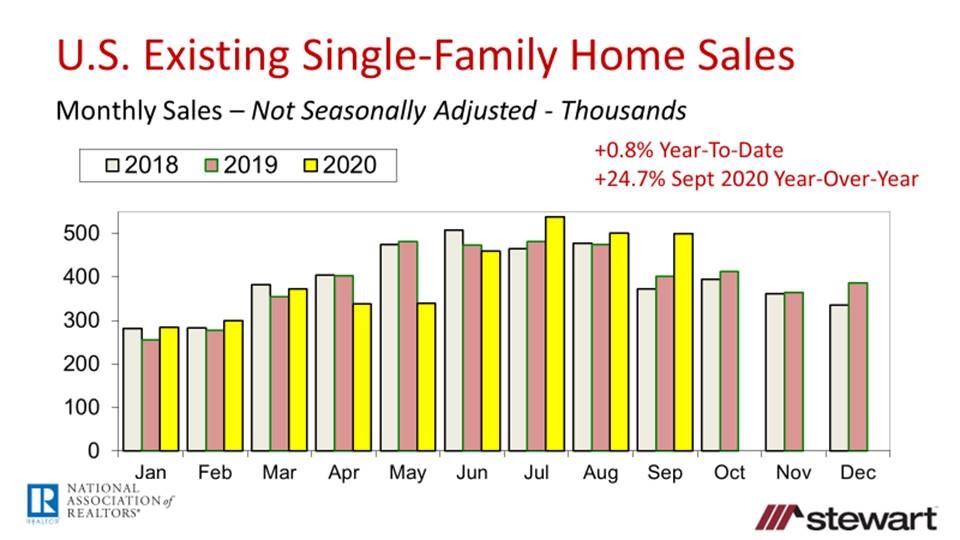 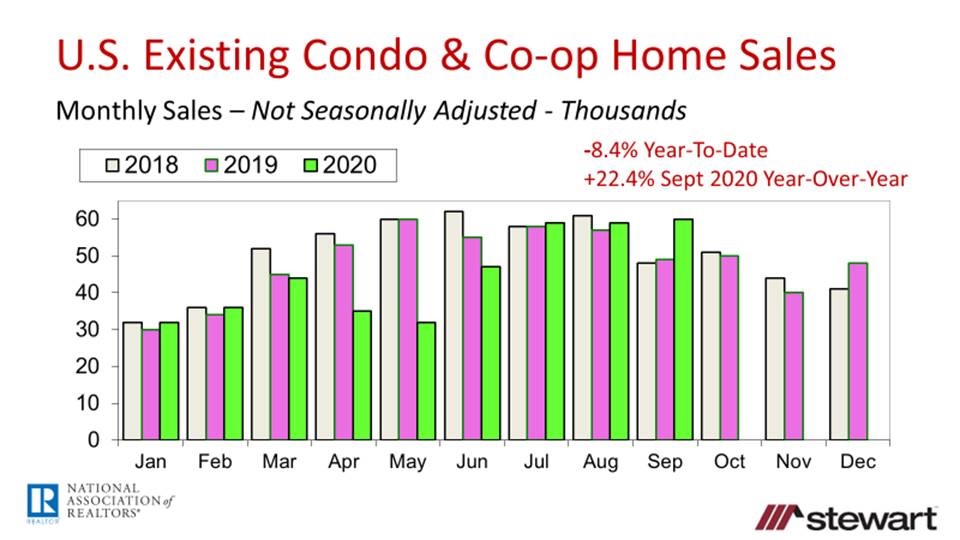 Sales by price range reveal that the hot-housing market knows no bounds by price range. NAR conducts a monthly sample (not seasonally adjusted) regarding the percentage change in single-family sales and inventory from one year ago, and distribution of sales by price range. The following table shows these metrics on a national basis as of September 2020. Inventory declined or essentially remained flat in every price range on a year-over-year basis. Sales rose in all price ranges from $100,000 and up.  Shrinking inventory no doubt slowed sales in the $100,000 and less segment. The greatest year-over-year increase in sales was in the $1 million plus range, more than doubling compared to a year ago, with the $750,000 to $1 million segment up 85.5 percent and home sales from $500,000 to $750,000 up 36.2 percent. 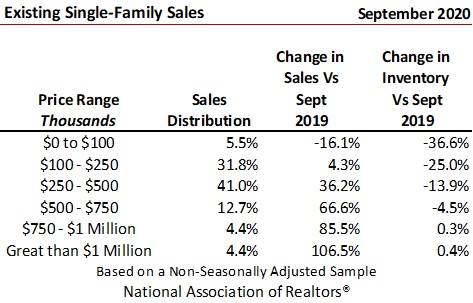 To read the entire NAR press release click https://www.nar.realtor/newsroom/existing-home-sales-soar-9-4-to-6-5-million-in-september There are two driving factors behind the robust home sales: