The U.S. continues to recapture jobs lost at the onset of the pandemic in March and April, but that recovery is slowing and unequal across the geographic landscape.   Seasonally adjusted job numbers by state, as reported monthly by the Bureau of Labor Statistics (BLS), found that 40 states added jobs from August to September, 10 (including the District of Columbia) posted a decline and one remained unchanged.  Percent job growth is shown in the following table, ranked from best to worst. 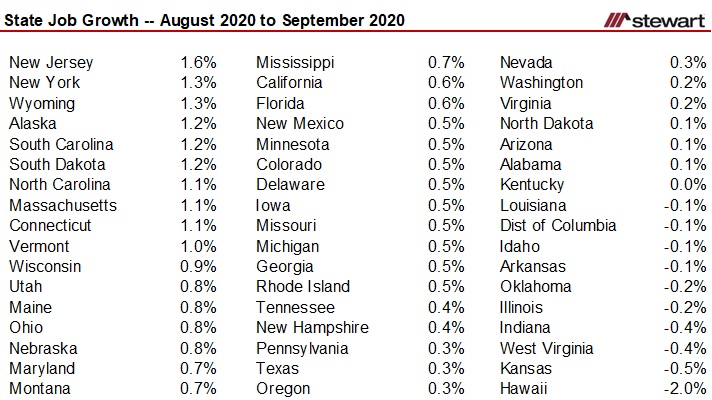 Just as states vary as to the rates of recovery, likewise did job losses differ under the pandemic. The next table shows the percentage of total jobs lost from the baseline prior to Coronavirus (February) to the trough – which was April for all except two, with the District of Columbia and Hawaii each hitting a low in May. Jobs loses ranged from a high in Michigan, shedding almost one-in-every-four jobs (23.8 percent), to a low of one-in-every 12 (8.5 percent) in Oklahoma. 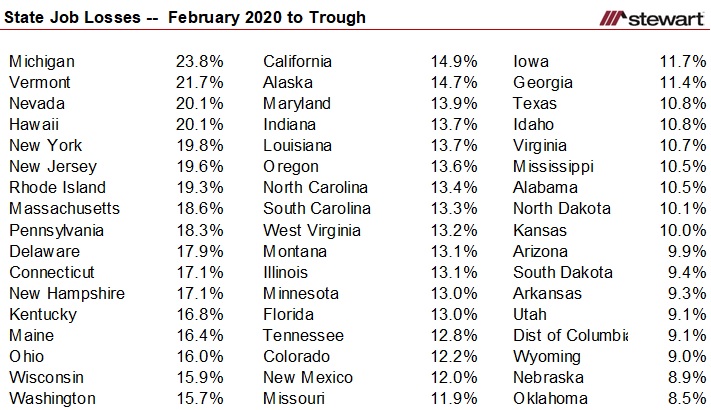 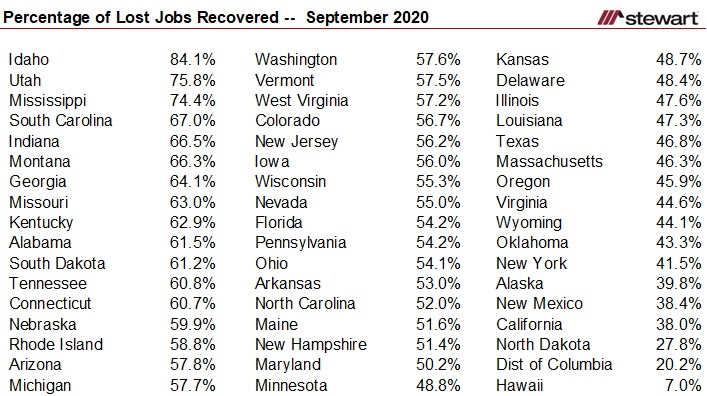 The final table details job changes for August to September (one month), July to September (two months) and the past 12 months. Also included are the total number of jobs as of September and the relative percentage by state. 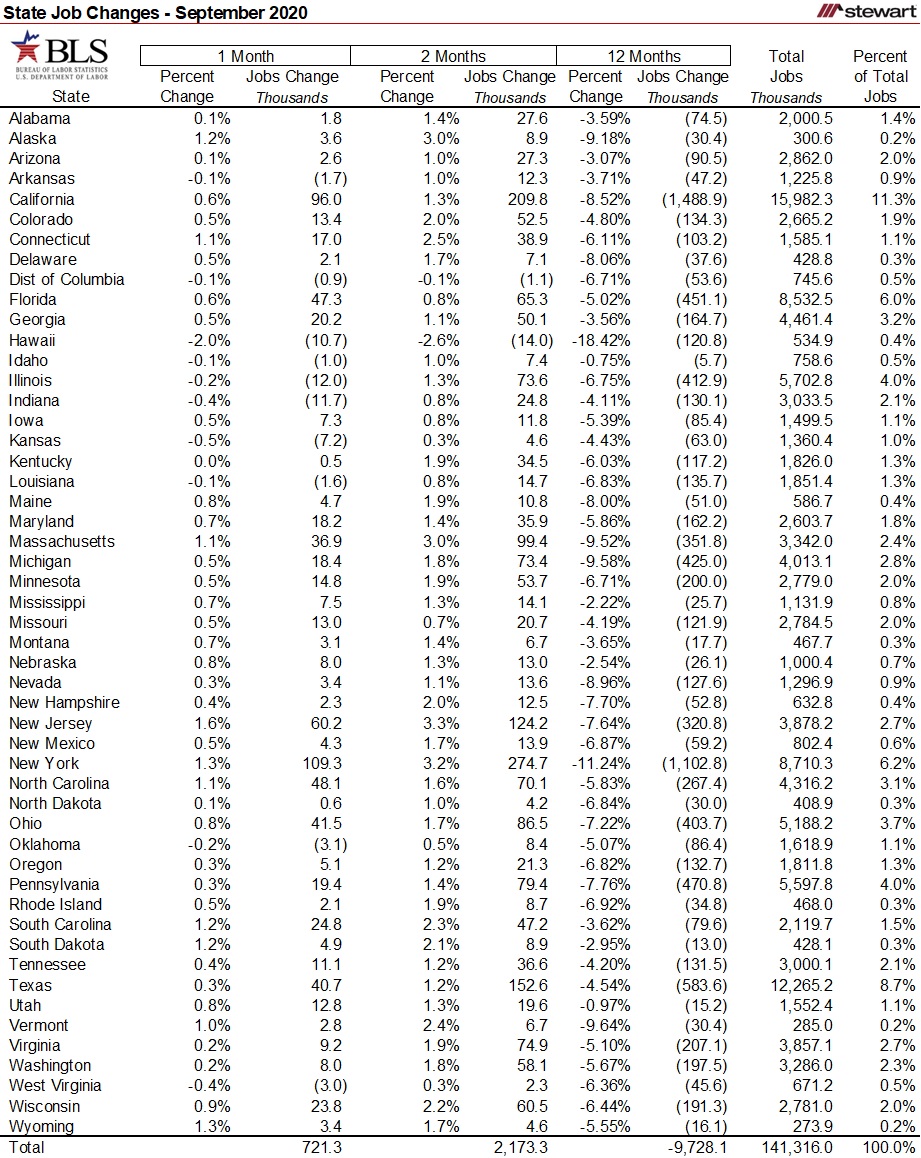 It is going to take several years to recoup the jobs lost from the pre-pandemic February 2020 baseline to the trough, though some states will do so quicker than others.  The TINSTAANREM axiom is applicable — There Is No Such Thing As A National Real Estate Market or economy. The same is true with job growth and loss rates.  Economic growth rates for every state and locale vary across the country for a plethora of reasons.

Unfortunately there is no need to tighten your seat belts on this recovery as the pace slows.