The following two graphs show U.S. light weight vehicle sales on a seasonally adjusted annualized rate (SAAR), with the first commencing January 2000 and the other January 2014. The shorter term allows a greater resolution. Just like many other retail goods, car sales plunged due to the pandemic, essentially halving from 16.765 million (SAAR) in February to a 8.714 million trough in April, but recovered back to 16.472 million as of September. 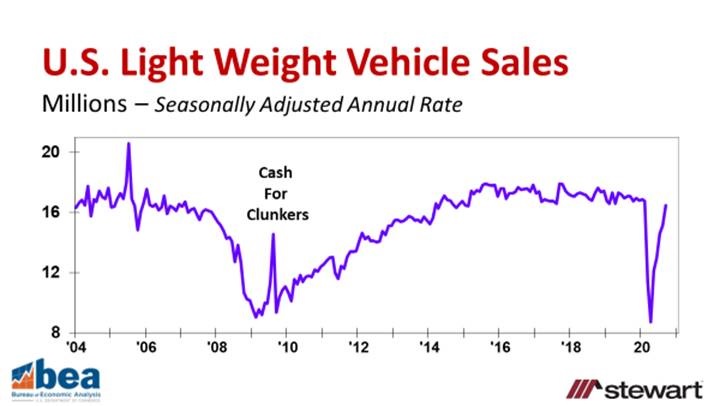 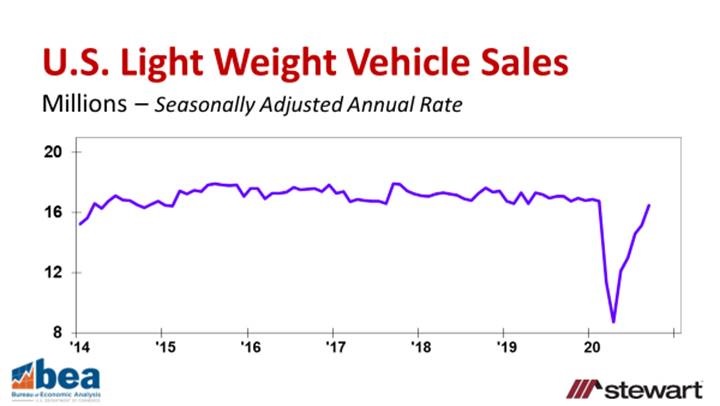 The average age of the U.S. light weight auto fleet hit a record 11.8 years in 2019, up 32.6 percent compared to the average 8.9 year in 2000 according to the U.S. Department of Transportation. Obviously autos sold in recent years have the ability to last longer and log more miles than older vehicles. 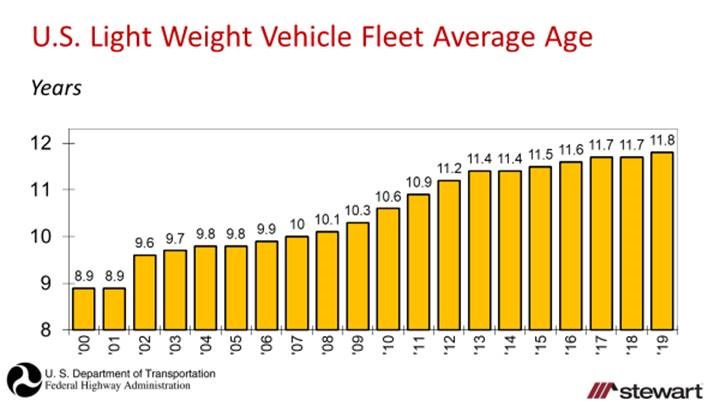 The final table shows the annual costs of owning a typical car as estimated by the AAA. This is based on an assumed 15,000 miles driven annually. In 2019 the average cost of owning and driving an auto made up 13.5 percent of median household income or $1 out-of-every $7.40 earned. 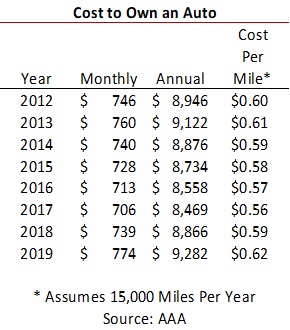 The recovery of new auto sales is essential for the overall U.S. economy as it employs 1.7 million workers and historically makes up from 3 to 3.5 percent of total GDP according to the Center for Automotive Research. Good news is that new car sales are back – at least for now.