Retail sales typically make up 70 percent of GDP and thus are the core of the US. economy.  On a seasonally adjusted basis, retail sales dipped 0.7 percent sequentially from November, making it the third consecutive monthly decline as the pandemic increased intensity.  On a year-over-year basis, however, sales were up 1.6 percent – after adjusting for inflation.  Using non-seasonally adjusted raw data from the U.S. Census Bureau, sales in 2020 were up 0.6 percent compared to 2019.  December 2020 versus December 2019 saw a 4.8 percent gain.

The following chart shows the U.S. seasonally adjusted estimated retail sales rate as reported by the U.S. Census Bureau commencing January 2007 along with recessions shaded in yellow.  The second chart is the same data but begins in 2019. 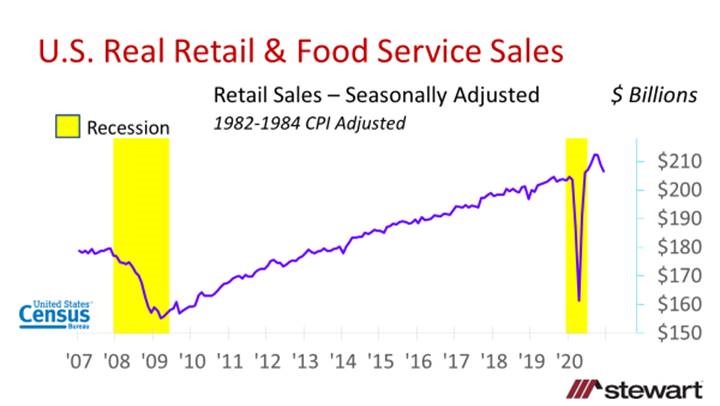 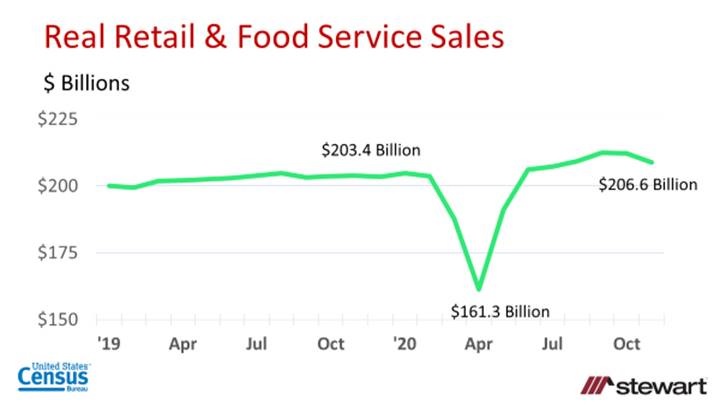 What we purchased and where we bought it, however, changed significantly.  The graph shows e-commerce sales as a percentage of retail sales quarterly.  Data for Q4 2020 have not yet been released.  In Q3 2020, e-commerce sales made up 14.3 percent of all retail sales, and though down from the all-time peak of 16.1 percent in Q2 2020, sales were up 11.2 percent from a year ago. 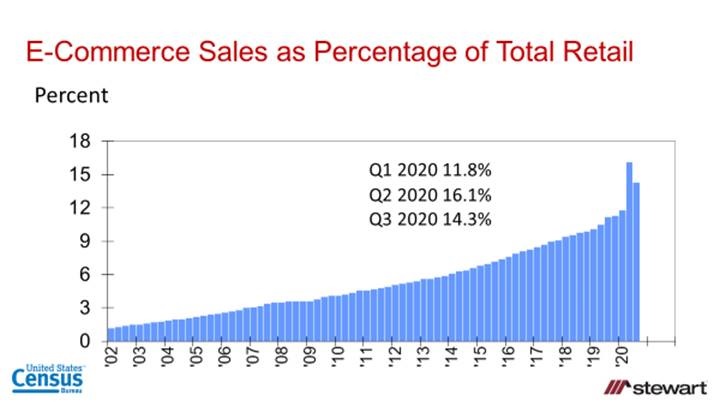 The following table shows sales by Kind of Business.  The Census Bureau estimates that non-store retailers made up 15.5 percent of all sales in 2020 and 18.4 percent of December sales. For the full year 2020, the largest decline was in Clothing & Clothing Accessories, down 26.4 percent for the year, but down only 12.1 percent in December.  Building Material & Garden Supply Dealers claimed the highest year-over-year gain in sales for December 2020 and full-year 2020, up 21.9 percent and 14.0 percent, respectively.  Other higher-gaining sales businesses in December included Sporting Goods, Hobby, Musical Instruments & Book Stores (+17.2 percent), Motor Vehicle & Parts Dealers (+13.6 percent) and Food & Beverage Stores (+10.7 percent). 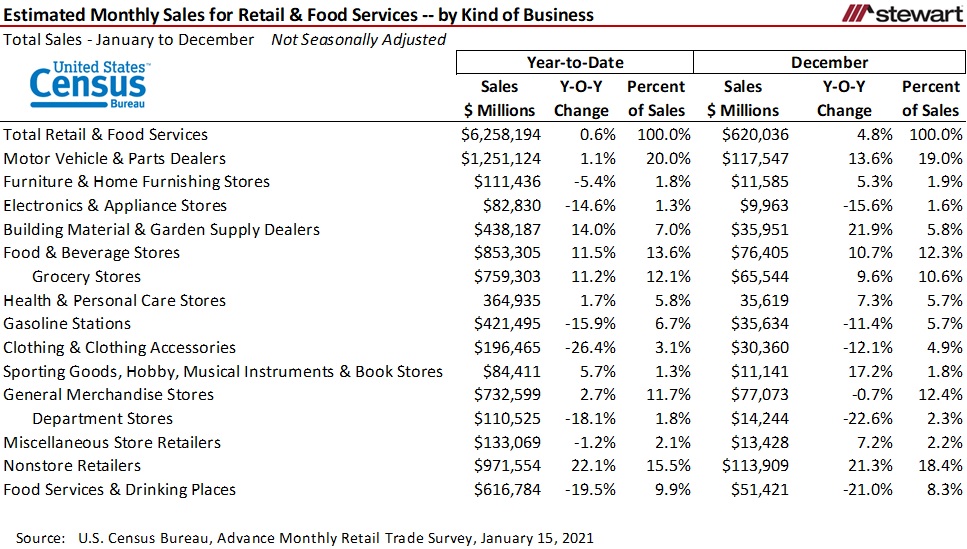 Though sales were up 4.8 percent in December, Sensormatic reported a 33.1 percent decline in the number of people shopping at stores for the six-week period starting the Sunday prior to Thanksgiving and ending Saturday January 2nd.   New habits typically take 66 days to form implying that many of these changes will continue.