Jobs are everything to the economy and ultimately to the demand for real estate.   Following the pandemic plunge when 22+ million jobs were lost in March and April, the U.S. followed with seven consecutive months of job gains recouping 12.3 million (55.6 percent) of the lost jobs.  Until now.   December saw an estimated 140,000 net job loss as the government stimulus had months ago expired and COVID-19 infections grew.

The first graph shows the total number of jobs in the U.S. commencing January 2017 as reported by the U.S. Bureau of Labor Statistics (BLS). 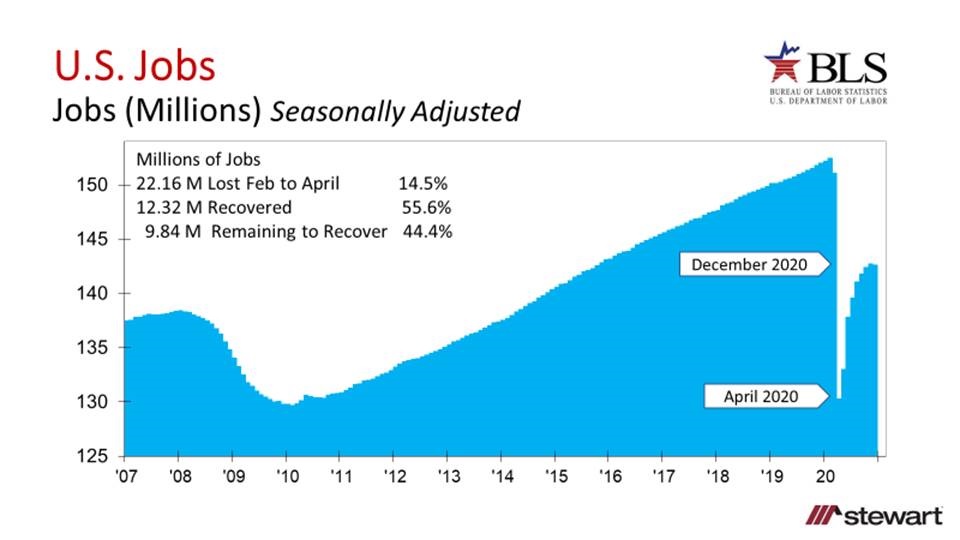 The unemployment rate, which one-year ago stood at 3.6 percent, was 6.7 percent in December after peaking at 14.8 percent in April of 2020.   Unemployment varies significantly across demographics, age and education attainment as shown in the following table. 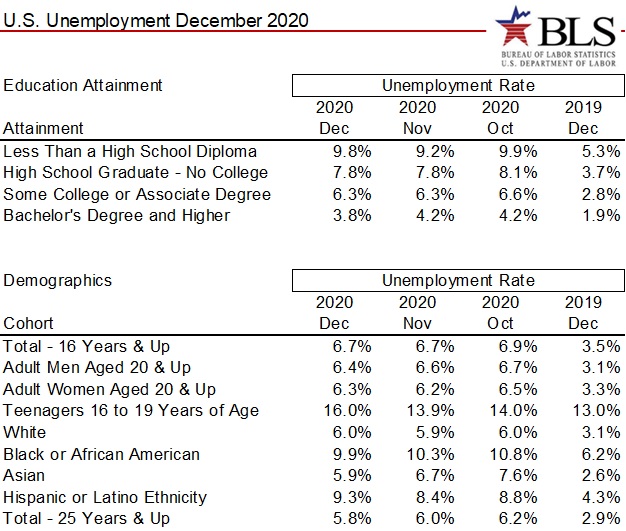 While some of the Supersectors, as defined by the BLS, added jobs in December, others lost those gains and even more, as shown in the table.  Leisure & Hospitality was hardest hit in December, shedding 498,000 jobs in the month. The top gainer was Trade-Transportation-Utilities recovering 191,000 jobs.

The jobs news  release by the BLS can be accessed at https://www.bls.gov/news.release/empsit.nr0.htm

It is my belief that many of the pandemic-driven lost jobs are permanently gone.   As business struggled to pare expenses -- just to survive the economic downturn -- they were forced to pursue cost realignment activities which included workforce reductions.  As economic activity has picked back up, new business practices circumvented the need for many to bring back employees.