Sixteen of the 380 Metropolitan Statistical Areas (MSAs) ended 2020 with more jobs than they started with and one other broke even according to data from the U.S. Bureau of Labor Statistics using seasonally adjusted data. The 40 MSAs with the best performance (and fewest losses) are shown in the first table. The second table lists the 40 MSAs posting the largest percentage decline in jobs in the 12-months ending December 2020. All but three of the 40 worst performing metros lost 10 percent or more of all jobs counted in December 2019. 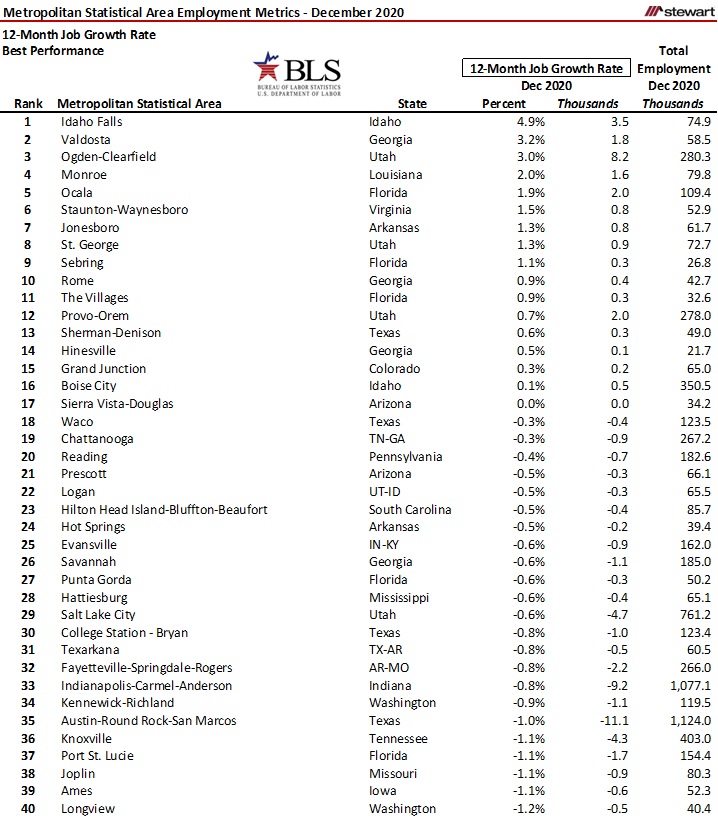 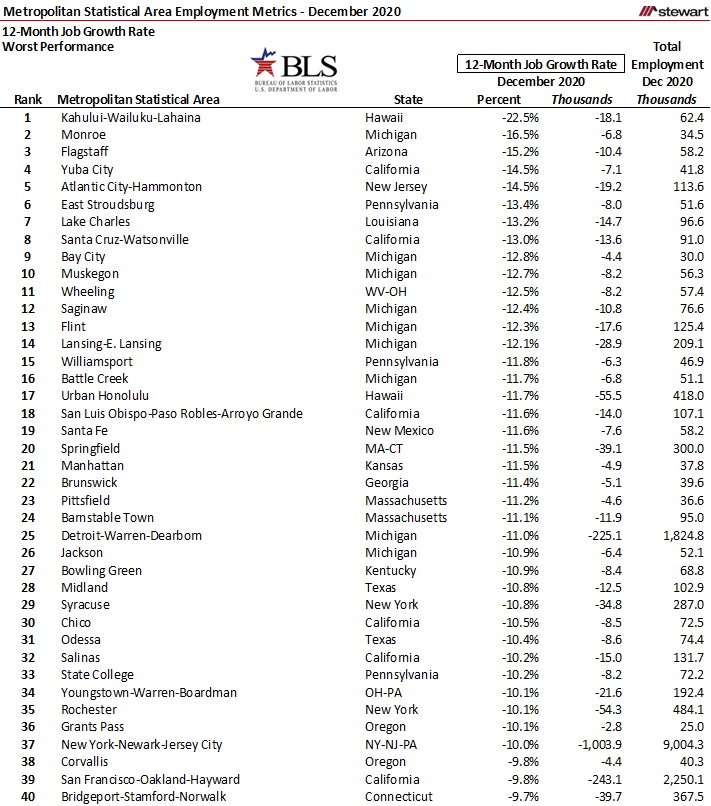 The next series of tables shows the best (and worst) one-month job gains for the top and bottom performing 40 MSAs. While Kahului-Wailuku-Lahaina posted the best 1 month job gain rate at 3.5 percent in the U.S. in December 2020, it had the second largest percentage of lost jobs from February 2020 (baseline, prior to the pandemic) to its trough (May 2020), having shed 29.8 percent of all jobs. The MSA with the worst one-month job loss rate (Flint, Michigan, down 3.0 percent) lost 25.8 percent of all jobs from February to the trough – the 6th worst job-loss rate in the pandemic. 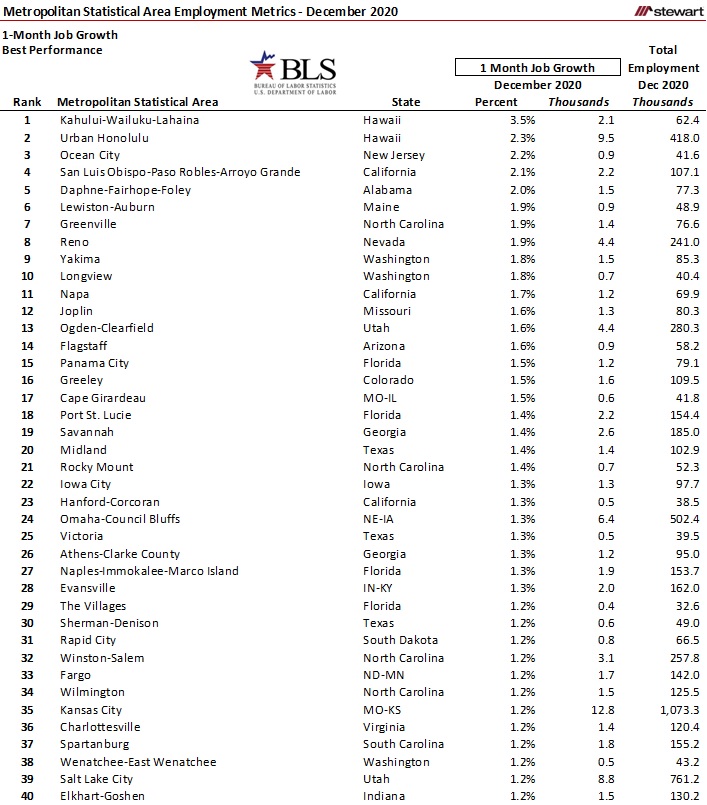 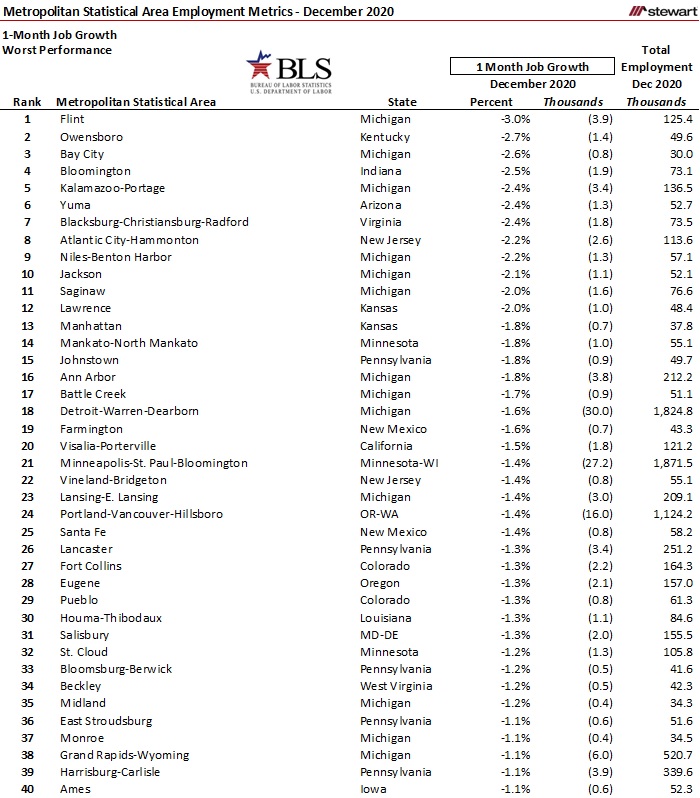 Total job losses from pre-pandemic (February 2020) to the trough (which varies by MSA) for the 40 MSAs with the least and greatest percentage job decline are shown in the next two tables. 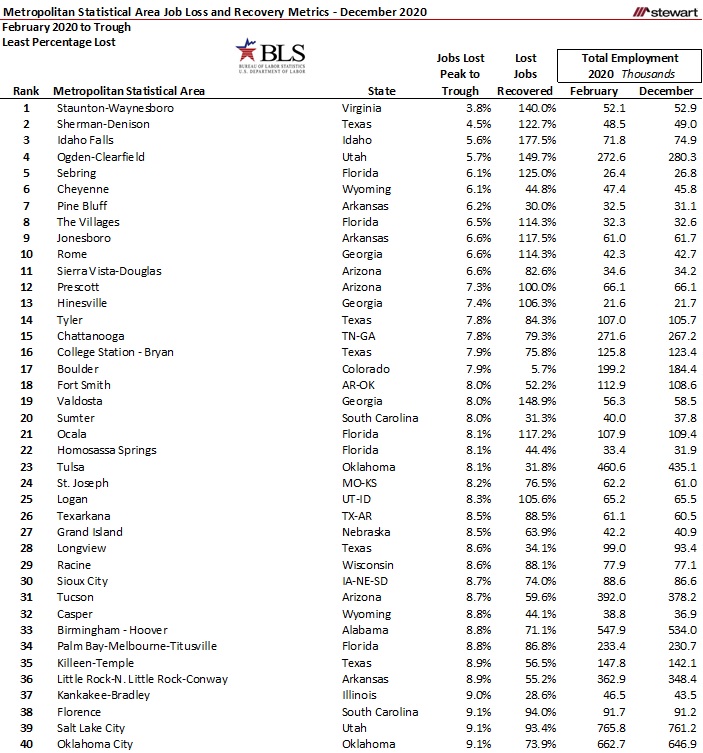 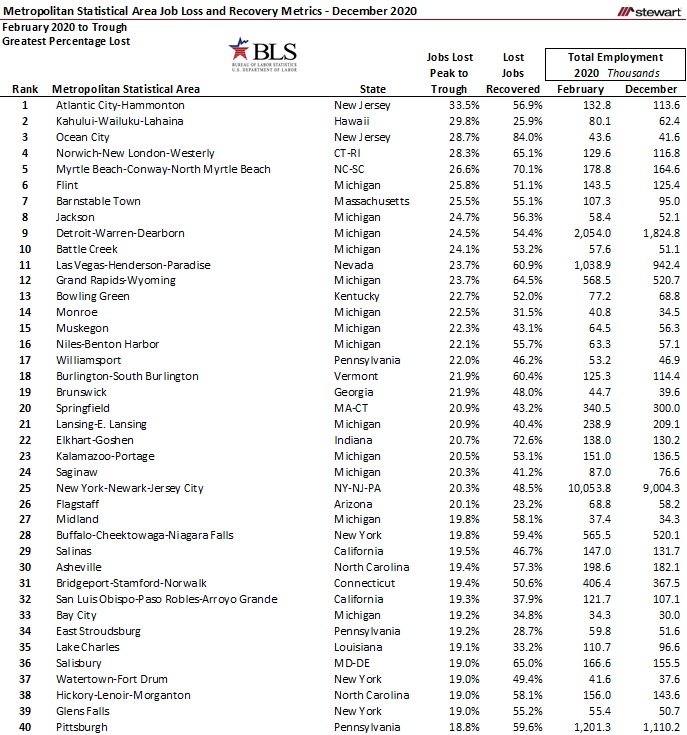 The last two tables show the 40 MSAs each with the greatest (and least) percentage of lost jobs thus far recovered. Idaho Falls registers the best recovery, that for every 100 jobs lost from February to the trough, has recovered those jobs back plus another 77 jobs. Fifteen MSAs have gained more jobs than they lost from February to the trough, two are back even with job numbers in February 2020 while 363 MSAs have fewer total jobs. Boulder, Colorado has brought back the least percentage of lost jobs at 5.7 percent – or a little more than one-in-20. 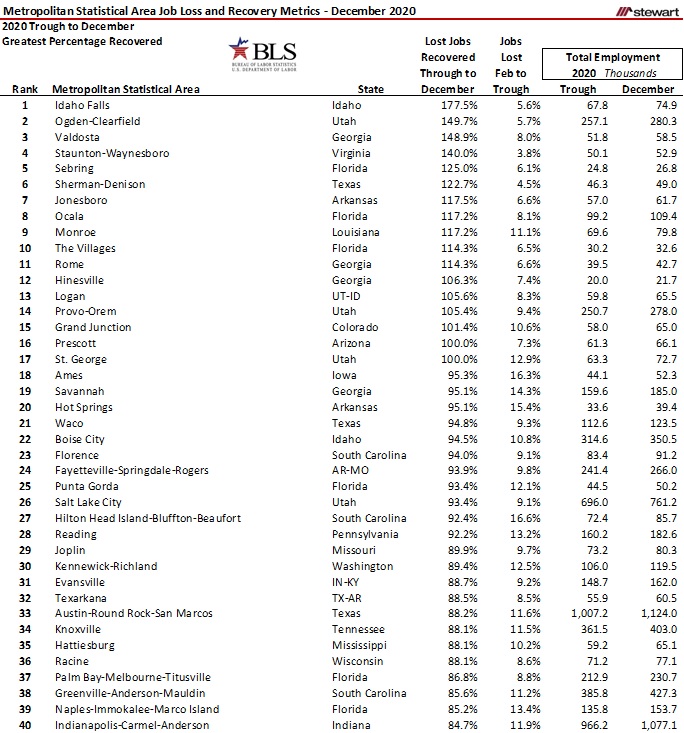 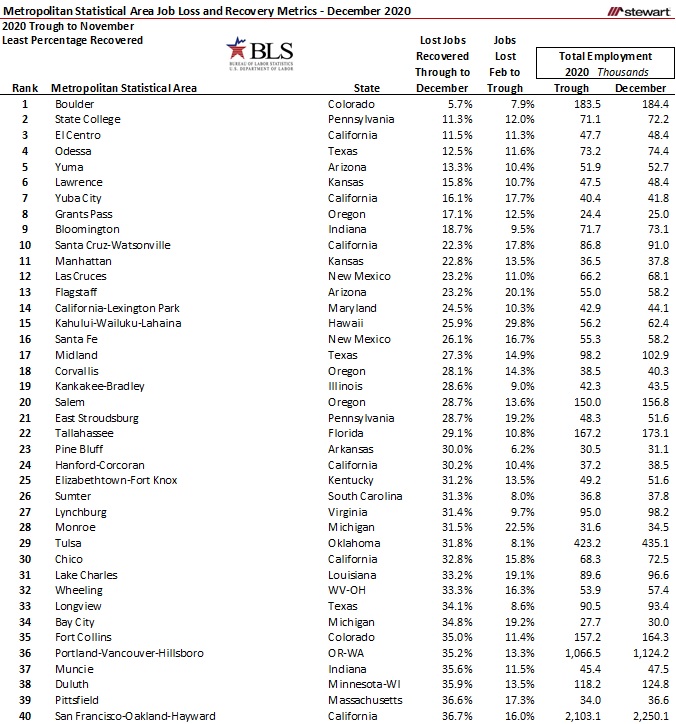 Click here for a PDF detailing these metrics for all 380 MSAs, sorted alphabetically by state and then MSA.

While a few MSAs are growing well today, job-wise, there are no doubt dozens that will take years to recover the jobs losses resulting from the pandemic, and with others that  may never get back to pre-pandemic employment levels.