Total employment numbers on a seasonally adjusted basis are shown in the graph commencing January 2007. The U.S. lost 14.7 percent of all jobs from February 2020 (pre-pandemic) to the trough, shedding 22.36 million jobs.   Since then 12.47 million jobs have been recovered (55.8 percent of those lost) with 9.89 million remaining to be recovered. 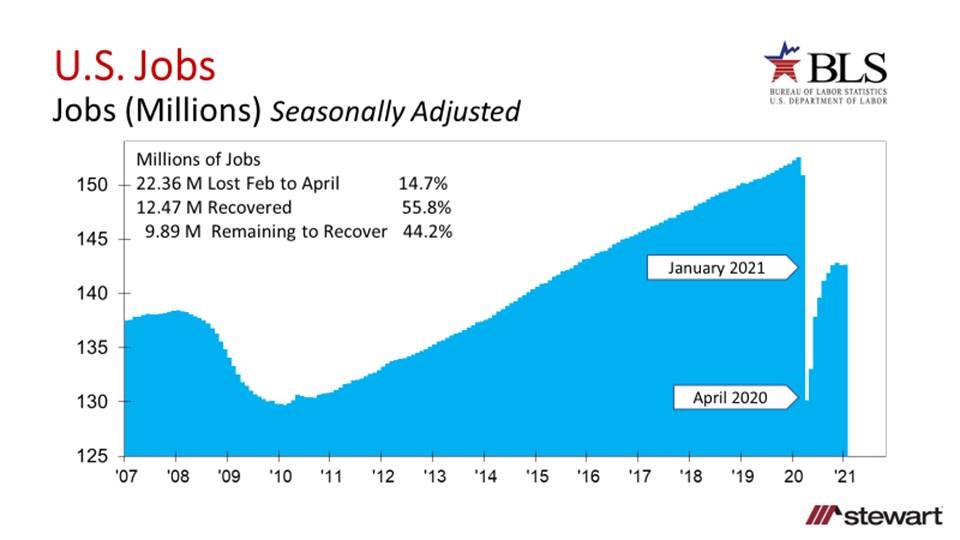 Employment changes across the BLS-defined Supersectors are shown in the table. The Lost to Trough column was calculated by subtracting the lowest employment month from March to October 2020 from Employment as of February 2020 – the baseline prior to the pandemic.  The greatest loss was in Leisure & Hospitality shedding one-half of all jobs (48.6 percent). The smallest percentage of jobs lost was 3.1 percent in Financial Activities and 6.7 percent of Government jobs. The Construction sector posted the best recovery rate having recouped 77.0 percent of all jobs lost in the pandemic.

Employment within the Leisure & Hospitality sector is shown in the following graph. This sector continues to struggle the most and will not return to the prior level until travel opens back up both on the personal and business levels. 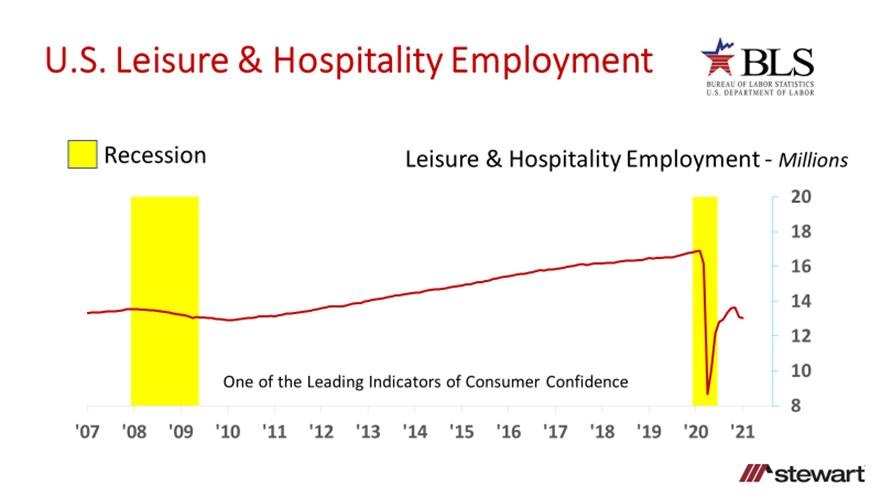 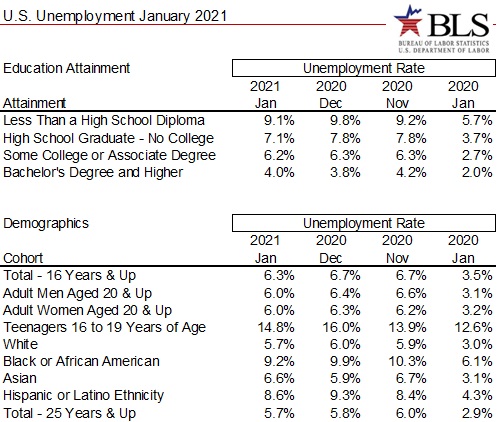 To read the latest Employment Situation release from the BLS click https://www.bls.gov/news.release/empsit.nr0.htm

Just like being on a sail boat when the wind dies down, the doldrums have struck the U.S. job creation machine with no forecast for a change in sight. As stated in this blog last month:

“It is my belief that many of the pandemic-driven lost jobs are permanently gone. As business struggled to pare expenses -- just to survive the economic downturn -- they were forced to pursue cost realignment activities which included workforce reductions. As economic activity has picked back up, new business practices circumvented the need for many to bring back employees.”

Unfortunately I believe the job doldrums are likely to continue until people feel safe to venture out when more people become vaccinated and herd immunity expands. Even then, however, many businesses will do so with fewer employees.