Mirror Mirror on the Wall, Which State is the Most Economically Recovered of All -- From the Pandemic, that is, as of April 2021

We could only wish the past 14 months had been a bad fairy tale rather the most severe global pandemic in more than 100 years. The U.S. lost 22.4 million jobs in 2020 in just March and April. That equates to 14.7 percent of all jobs, or 1-out-of-every-7. Good news is that the country has now recouped 63.3 percent of those lost jobs, but there remains 9.8 million people unemployed. This job recovery rate, however, is not equal across the country. While Mirror Mirror on the Wall is not the exact words from the 1938 release of Snow White, it is the appropriate question to ask regarding which states across the U.S. have recovered the most and least since February 2020 – the month prior to the pandemic.

The answer to Mirror Mirror on the Wall, Which States are the Most Recovered of  All is revealed in the following table which shows the percentage change in jobs from February 2020 through April 2021. Two states, Idaho and Utah, not only have brought back the number of jobs that were lost in the pandemic, but now have more jobs than any time in history. These are based on the just-released April employment data from the U.S. Bureau of Labor Statistics (BLS) using seasonally adjusted data. Included are all 50 states and the District of Columbia. 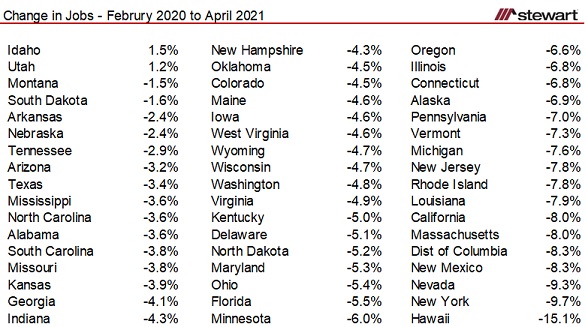 Just as not all states have recovered equally, nor did all states lose the same percentage of jobs. The next table shows the total percentage of jobs lost from February 2020 (pre-pandemic) to the trough, sorted from most to least lost. The trough, or low employment month due to the pandemic, was April 2020 for all but seven which hit a low in May 2020: Alaska, District of Columbia, Hawaii, Nevada, New Mexico, Washington and Wyoming. 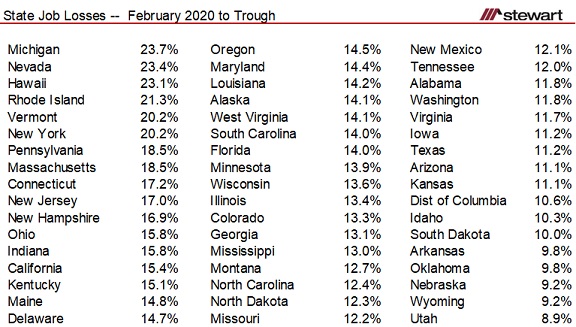 Job growth and loss rates from March to April 2021 are detailed in the next table. One-third of all states posted job losses in April 2021 despite the material $1,400 stimulus payments from the $1.9 trillion American Rescue Plan that had been sent to 127 million Americans prior to the end of March. Still, 29 out of the 50 states plus the District of Columbia (56.9 percent) posted job gains from March to April. 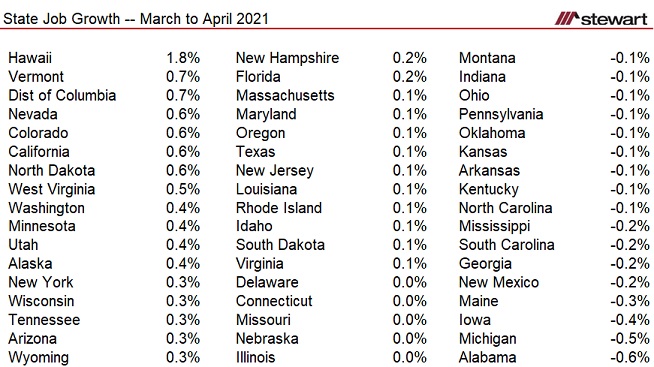 These metrics are listed for all states and the District of Columbia in the table along with the total number of jobs (in thousands) as of April 2021 and the latest 12-month change in jobs. 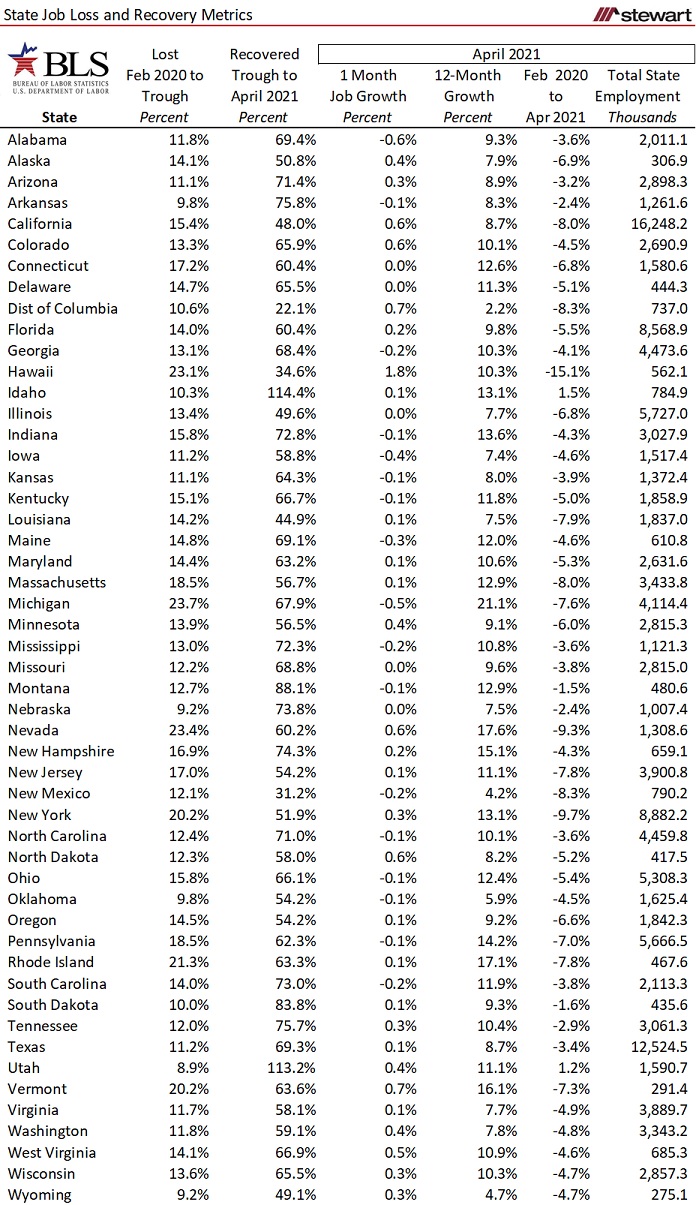 Still unknown is when the witch (i.e. pandemic) goes away. After all, there is always a witch in fairy tales, right?

While the pandemic continues to evolve, each day looks more promising – including jobs. After all, jobs are everything to the economy as long as we are not living in fairy tales.