Jobs are everything to the economy and ultimately effective demand for real estate of all types. Despite all-time record stimulus spending, there are still just two states, Utah and Idaho, with more jobs today than at any time in history. Four other states are within 1 percent of total jobs as of February 2020: Arizona (-0.7 percent), Montana (-0.7 percent), South Dakota (-1.0 percent) and North Carolina (-1.0 percent).

The first table shows the percentage change in jobs from February 2020 (the month prior to the pandemic) through July 2021.  Utah today has 2.7 percent more jobs than before the pandemic and Idaho is up 2.2 percent. Hawaii is still missing one-out-of-every-eight jobs (12.0 percent) counted in February 2020 and New York is down one-in-every 11 (9.0 percent). All data were sourced from the U.S. Bureau of Labor Statistics using seasonally adjusted data. 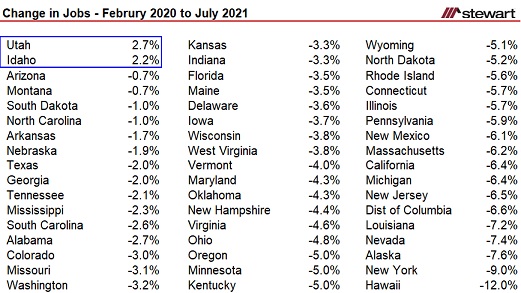 One month job  growth, June to July 2021, is detailed in the next table. Under normal circumstances, job creation of 1 percent per month is phenomenal.  Since, however,  these are merely positions coming back after the hemorrhage at the onset of the pandemic they are not extraordinary. Three states shed jobs from June to July with Oklahoma and Tennessee down 0.2 percent and Kentucky off 0.3 percent. 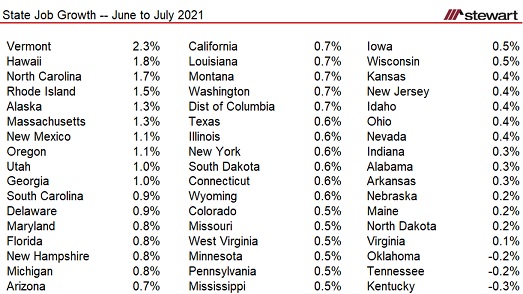 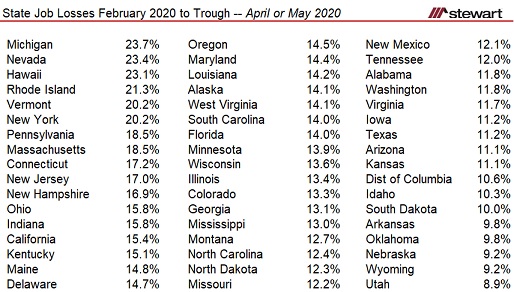 Metrics for all 50 states and the District of Columbia are detailed in the last table including 12-month job change and total number of jobs as of July 2021. 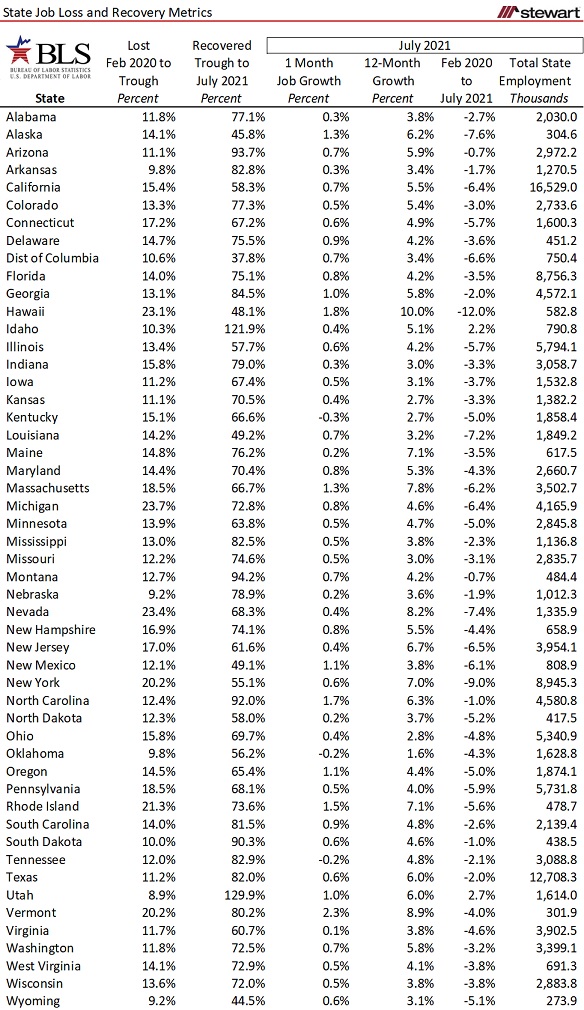 Jobs are everything to the economy. Unfortunately, many states still have a long climb just to get back to job numbers seen prior to the pandemic.