September 15 marks the start of Hispanic Heritage Month. Started in 1968, this heritage month honors the rich history, culture, and contributions of our Hispanic and Latino neighbors.

To celebrate, the Stewart team came together to think of several key figures in the community that we respect. From Broadway playwright, astronaut, to activist, these people come from all walks of life. See who inspires us down below:

“Carlos Santana. He is a pioneer in rock & roll, particularly through his fusion on rock & roll and Latin American music, and he is one of the greatest guitarists of all time. Still doing his thing alongside contemporary music icons and introducing electric guitar to the next generation and effectively doing his part to make playing guitar cool again. A legend in every sense of the word!”

“Sonia Sotomayor was the first Hispanic person (and third woman) to serve as Supreme Court Justice. She is known for her calls of reform to the criminal justice system and her dissents on issues regarding race, gender, and ethnic identity.”

“As the granddaughter of migrant farmworkers, I want to take time to honor Dolores Huerta. As a founding member of the United Farm Workers of America (UFW), she worked tirelessly to improve work conditions for the farmworkers- higher wages, toilets and rest breaks were some of the rights Dolores and the UFW fought for and won. She came up with the term Si Se Puede (Yes, we can) and has been honored by numerous organizations for the community work she did and continues to do.”

“Frida Kahlo is one of my favorite artists. She had multiple disabilities including polio as a child and being impaled from a car accident. Throughout her life, Frida painted many pieces depicting her disabilities and never let her disability prevent her from pursuing her passion. Her paintings helped lift the negative stigmas of disabilities. She was a formidable artist and trailblazing feminist.”

“Julia Alvarez is a prominent poet and novelist known for sharing the struggles of immigrants becoming accustomed to American culture as well as her own experience growing up in the Dominican Republic before her family had to flee from their country. “How the García Girls Lost Their Accents” is just one of the novels that speaks to the dynamics surrounding the new life that many migrant families strive to adapt to. The stories she has shared focusing on many issues including identity has paved the way for many Latina-American writers.”

“Lin-Manuel Miranda is a playwright, composer, and lyrist known for fusing hip-hop with history to help people understand significant events that took place during the time that America was founded, for instance through his creation of the “Hamilton” musical. By doing so, his work has been able to appeal to many audiences outside of the traditional theatre space. Without his contribution, many people would probably not be as educated on these events or realize that learning can be fun and help you put events in context, especially when combined with musical elements.”

Here at Stewart, we embrace the unique backgrounds and perspectives that our employees and neighbors share. This Hispanic Heritage Month, we seek to find new ways to support the communities we live in and serve, starting by expanding our educational resources offered in Spanish. Contact your local Stewart agent to learn more about this and find your local Stewart office here: https://www.stewart.com/en/locate-an-office.html 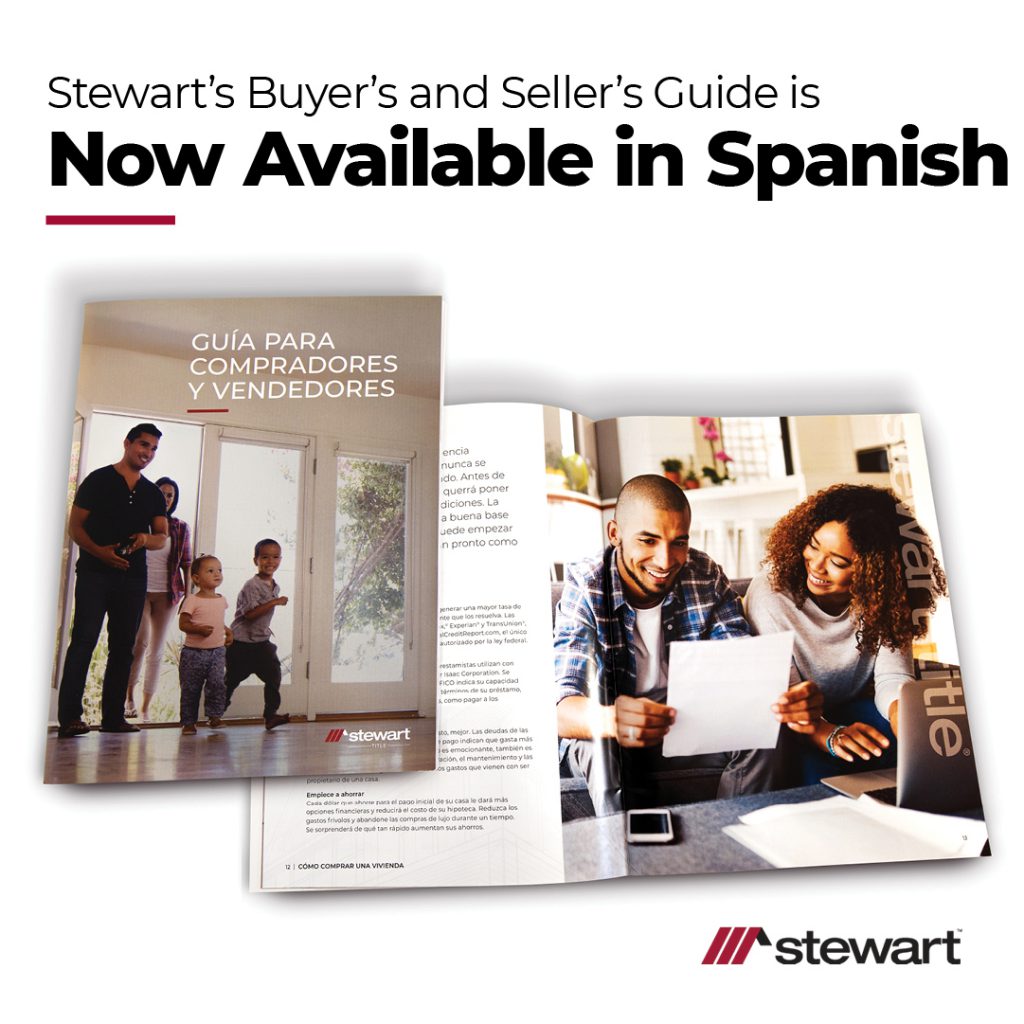