Mirror Mirror on the Wall, Which State is Most Vaccinated of All -- for COVID, That Is ... 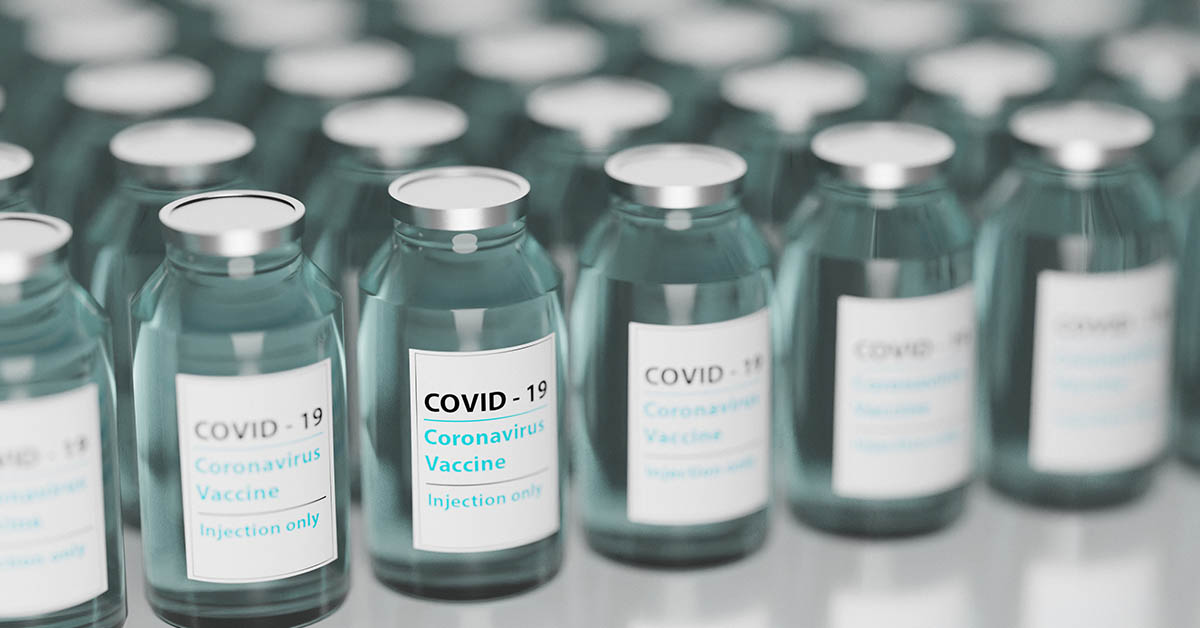 Just as with the economy and real estate markets, things are not equal from one location to the next. This is especially true when it comes to vaccination rates for COVID 19 and the actual incidence of the pandemic from one state to the next.

Countrywide, an estimated 59.3 percent of the U.S. population was fully vaccinated as of November 9, 2021. Cumulative to that date the U.S. had an average 14,119 known cases of COVID 19 for every 100,000 population equating to an overall 11.42 percent infection rate – ignoring recurring cases in individuals.

These data vary significantly by state, however. 24/7 Wall Street analyzed a group of data from the Centers of Disease Control and Prevention, various state and local health departments and the U.S. Census Bureau and reported the following vaccination rates and incidence of COVID 19. Full vaccination rates ranged from a low of 40.8 percent in West Virginia to 71.6 percent in Rhode Island. Also included are data from the District of Columbia. The lowest infection rates ranged from 5.8 percent on Hawaii to one-out-of-every-five (20.0 percent) in North Dakota. 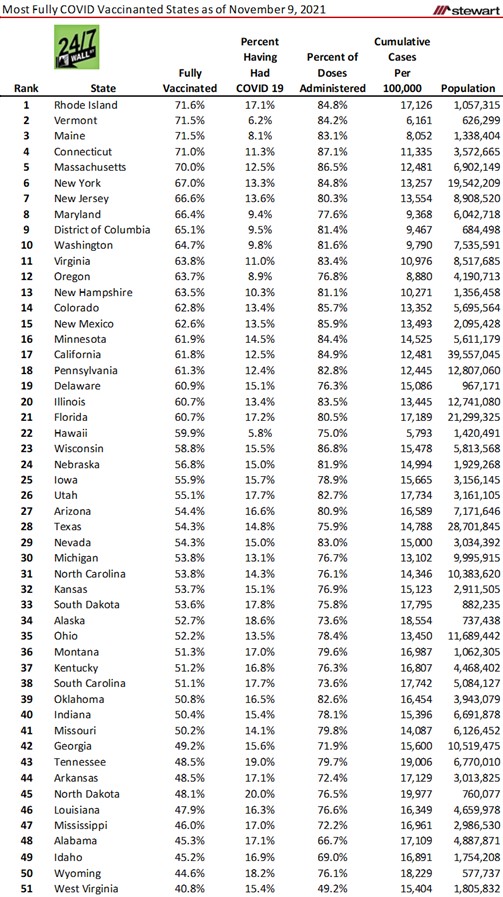 The following section looks at just vaccination and infection rates by state. There are separate schools of thought on the relationship of these two variables:

Corresponding Infection rates varied significantly as shown, from a low of 6.2 percent to almost triple that at 17.1 percent.  Thus, just because a state has a high vaccination rate does not necessarily correspond to a lower incidence of infection. 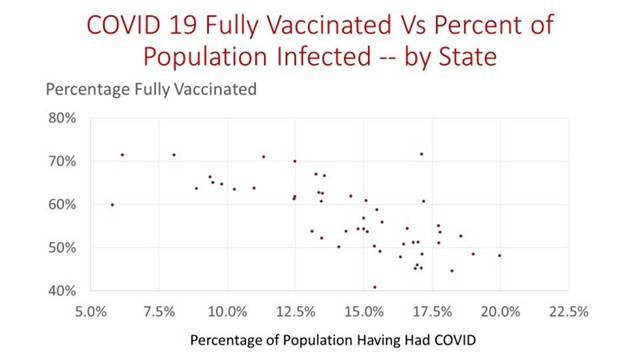 Overall, however, highly vaccinated states do have a reduced occurrence of infections as shown in a regression model that is statistically significant and has an Adjusted R Square of 0.464388.  The overall model F Statistic and t statistics on the model coefficients all have a probability of occurring on a random chance alone of less than 0.00001.   The model follows for those into statistics. 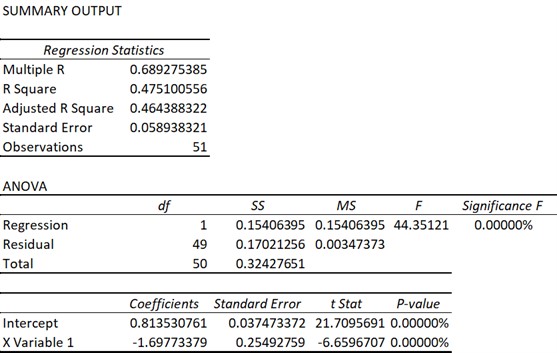 Unfortunately this pandemic is not yet over and looks to linger at least another long winter.  As I said in March 2020, this is not over until you can walk onto a crowded elevator without hesitation or a mask, take the last seat of a sold-out airplane, or sit at a Texas A&M football game with 100,000 unmasked fans.  Good news is we are getting closer!