Worst Cities For Recent College Grads to Find a Job 2021 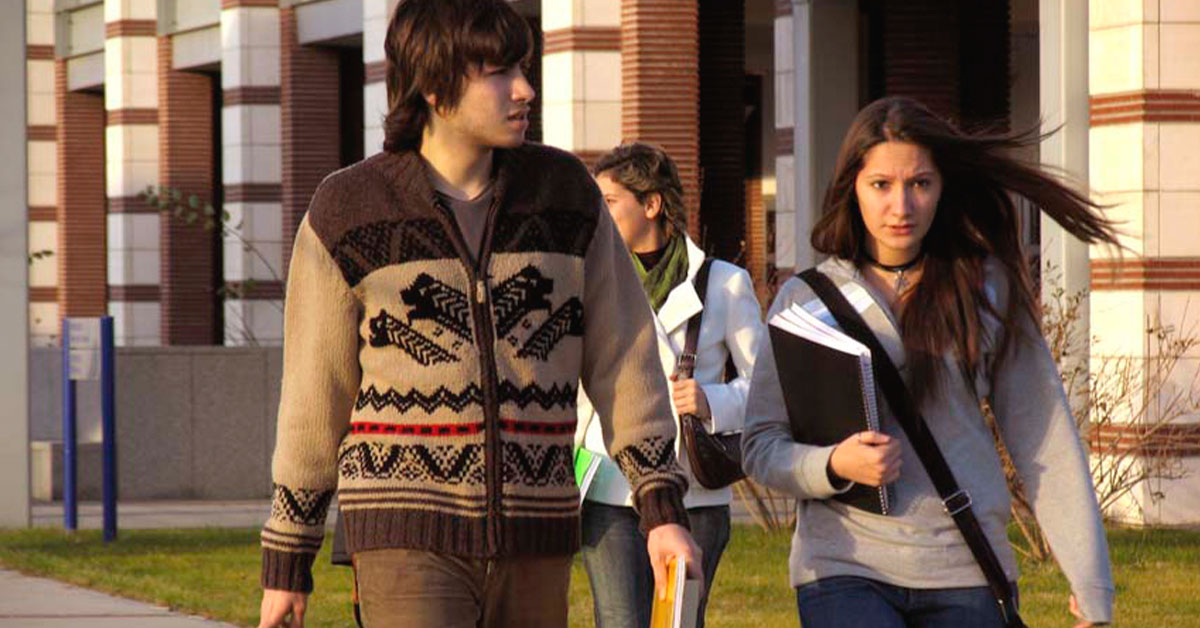 While this national statistic is impressive, unfortunately it varies significantly from one Metropolitan Statistical Area (MSA) to another. In some markets, recent college grads face challenges in putting their academic attainments to productive and economic use. Not all college educations result in positive-net-present value investments. Some degrees are not-in-demand, thus regardless of having a degree, if there is no demand it can be difficulty in find a job.

Average annual college expenses are shown in the next table, as reported by EducationData.org. These costs include tuition, fees and other expenses of attending college but exclude student loan interest and potential lost income while attending college. 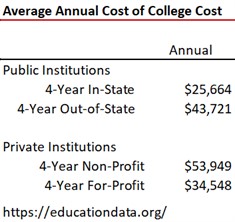 To identify the worst markets for recent college graduates, 24/7 Wall Street utilized data from the US. Census Bureau and Bureau of Labor Statistics (BLS). They created an index from six measures based on job growth, earnings and employment rates for young college-educated graduates, each weighted equally. Specific data included:

The table below details 24/7 Wall Street’s findings. For comparison, the 2020 average monthly wage was $5,783 across all-age groups and approximately 32.1 percent of the population has at least a Bachelor’s degree. Many of these poorly-ranked markets have low Bachelor’s degree attainment rates. Two states each have four MSAs included in this list of worst job markets for recent college grads: Louisiana and Michigan. 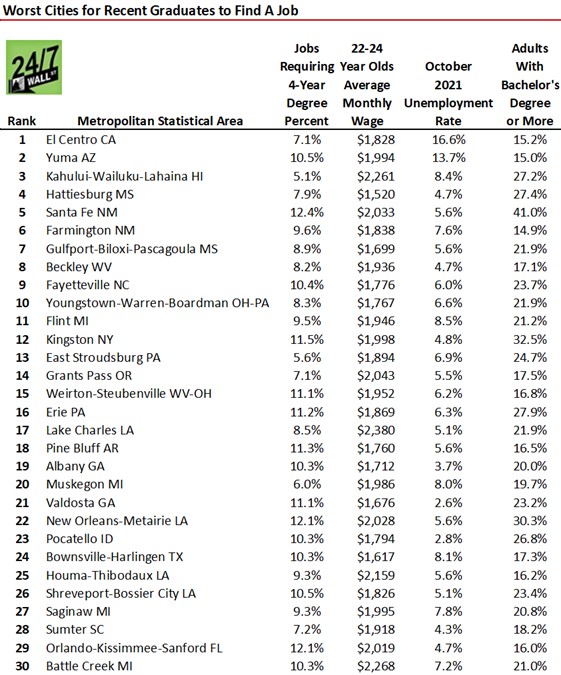 Graduates with high-in-demand majors will still face difficulties if there are no job openings in a specific metro. Still, most of these markets have a low percentage of adults with Bachelor’s degrees than the 32.1 percent nationwide. While jobs are everything to the economy, for many people, educational attainment is also important to their economic success. For some, its not just what the person studies, but where they live that can impact jo success.