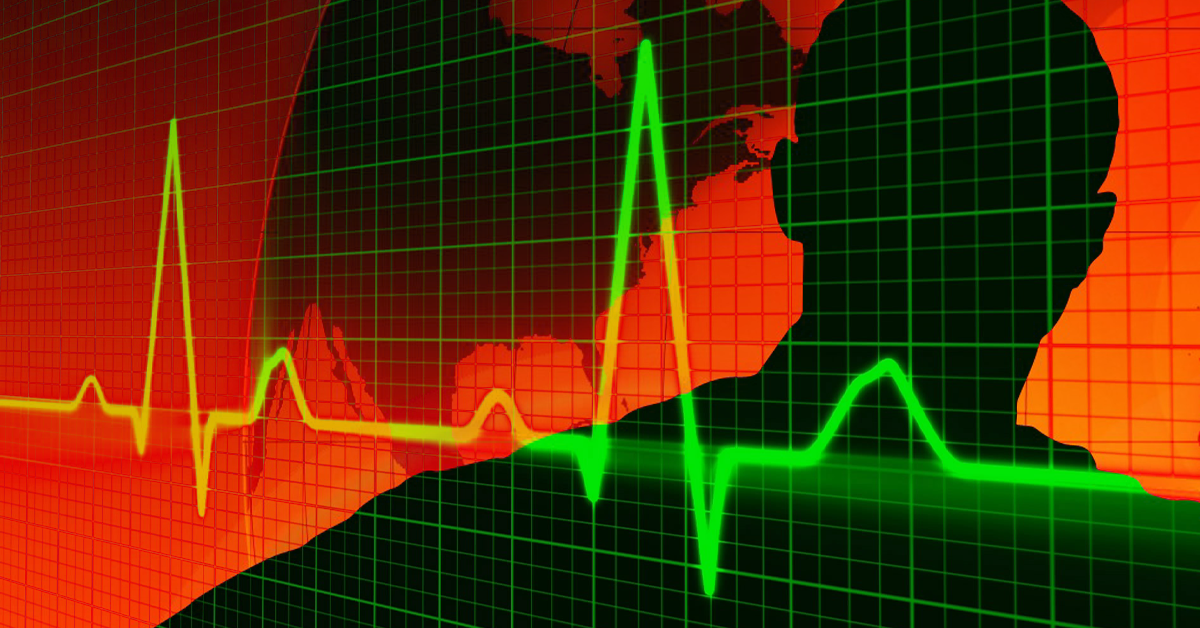 Good news is that 10 states had more jobs than anytime since prior to the pandemic as of January 2022. That is double the number of job-recovered states as of December 2021. However, forty states still lag job numbers; posted as of February 2020.

The following table shows the percentage change in total jobs as of the end of January 2022 compared to February 2020, the month prior to the pandemic. Another six states are within 1.0% of returning back to pre-pandemic employment numbers. Just one state (Hawaii) is still in the negative double digit range for employment, down 10.1 percent. The U.S. remained 1.8 percent short of the total job numbers tallied in February 2020 in the same period. 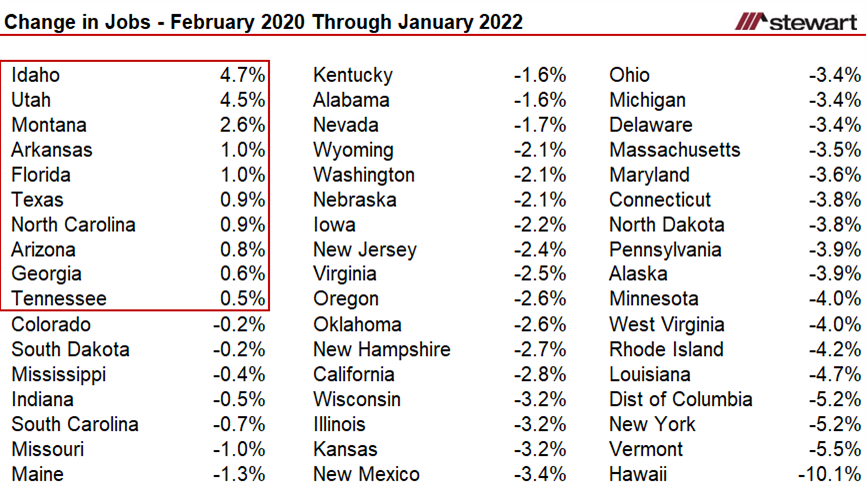 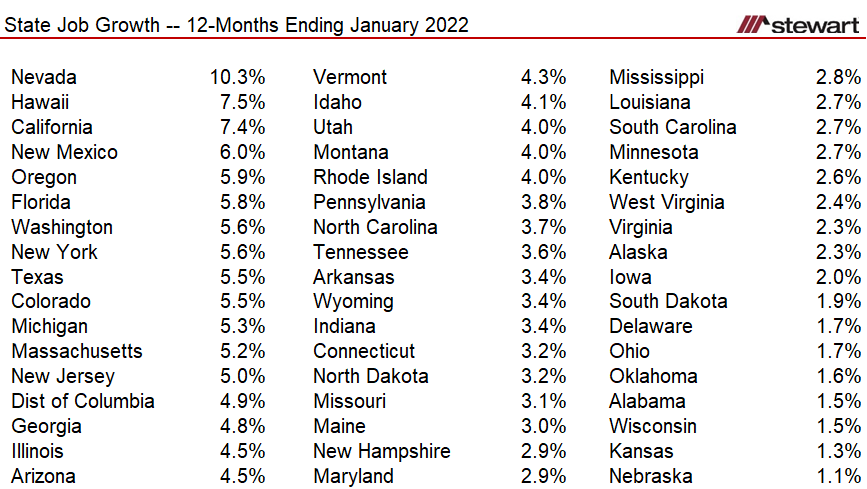 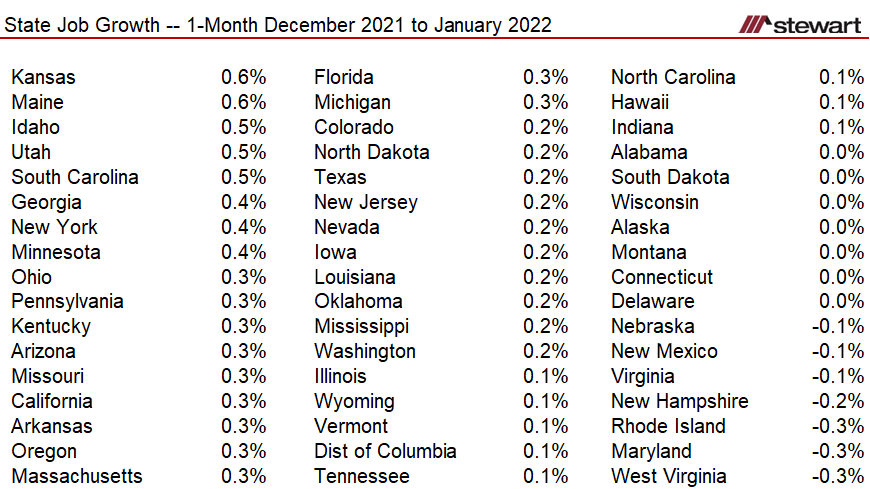 Percentage of job losses from February 2020 to the trough of the pandemic (either April or May 2020) are shown in the next table. For a benchmark comparison, the U.S. lost 14.7 percent of jobs in that same period. 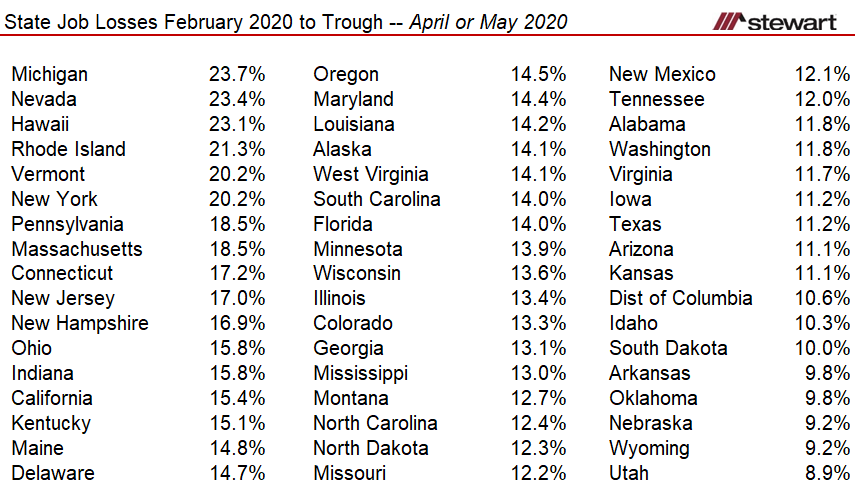 While jobs continue to recover, the recovery rate of those yet-to-return to pre-pandemic levels and also the growth rate for the states now with more jobs than ever continues to vary due to a myriad of reasons. Still, doubling the number of fully recovered states in the latest month is good news.

Total metrics for all 50 states are shown in the following table. 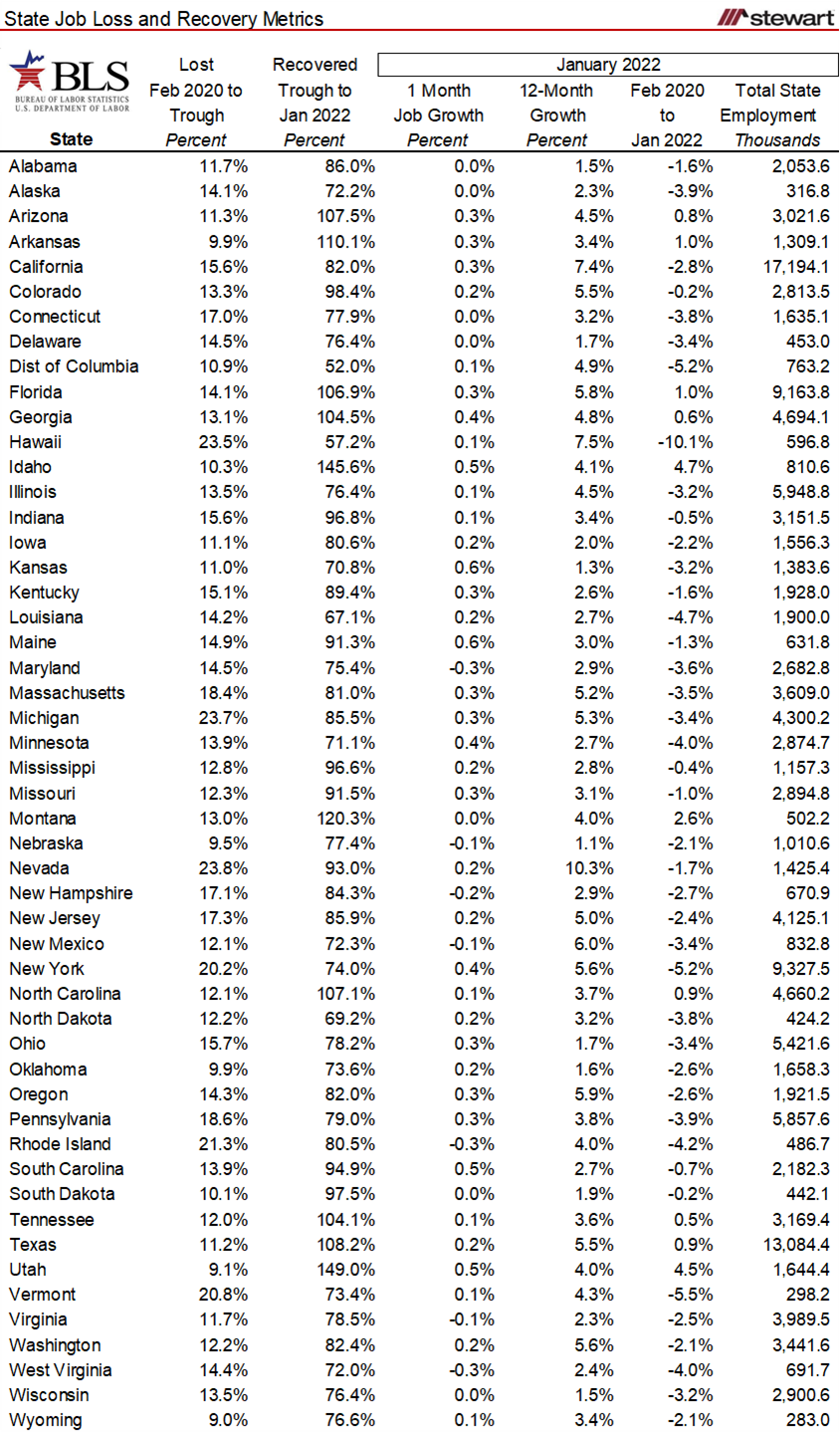