14 States Now With More Jobs Than Any Time in History 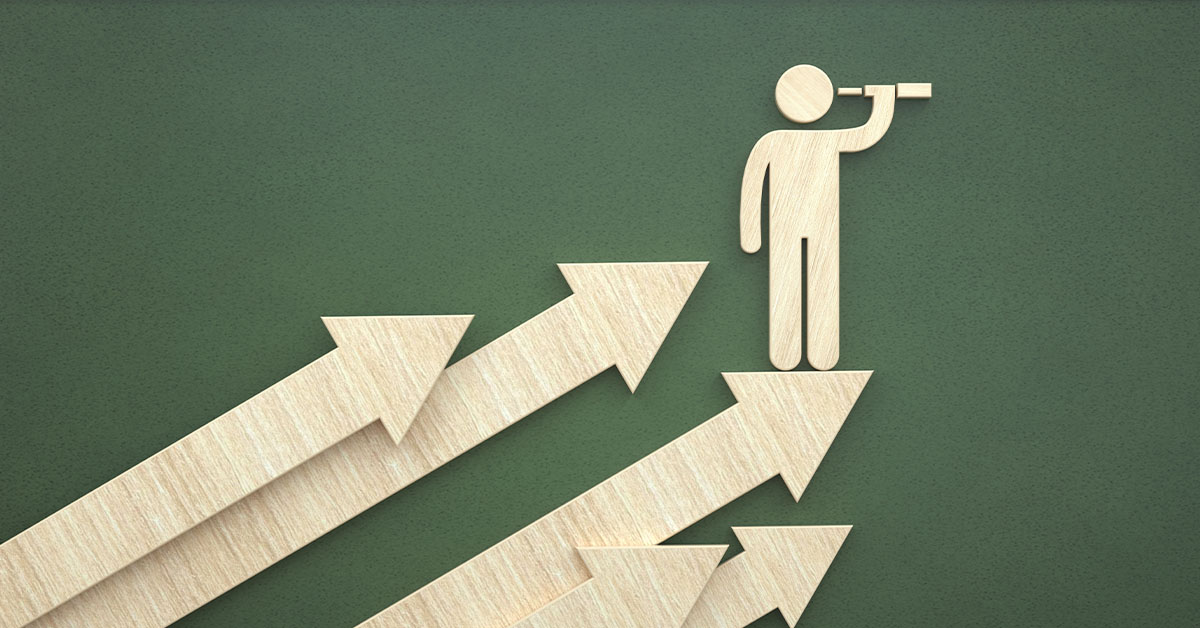 The following table shows the percentage change in total jobs as of the end of January 2022 compared to February 2020, the month prior to the pandemic. Another seven states are within 1.0 percent of returning back to pre-pandemic employment numbers.  Hawaii continues to lag the pack down 8.8 percent. The U.S. overall was just 0.8 percent short of the total job numbers tallied in February 2020. 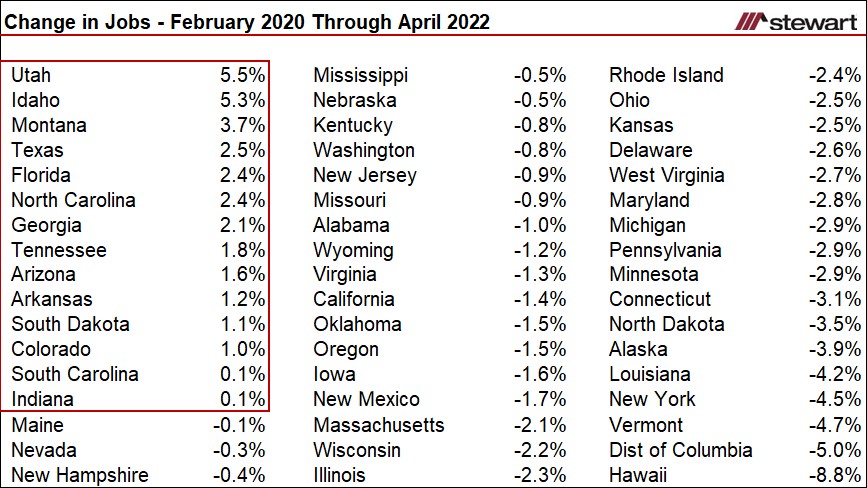 The latest 1-month job growth rates comparing March to April 2022 are shown in the next table. Four states lost jobs from March to April with Mississippi, Alaska and Indiana down 0.1 percent and Missouri off 0.2 percent. 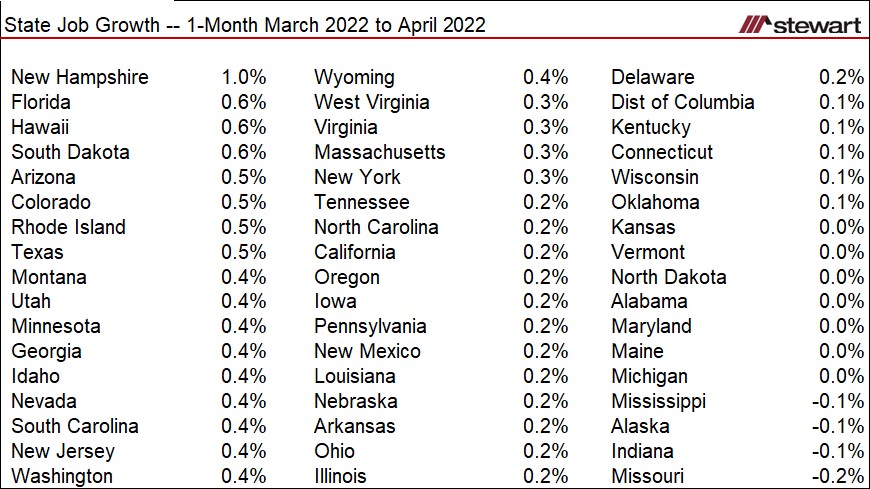 Percentage of job losses from February 2020 to the trough of the pandemic (either April or May 2020) are shown in the next table. For a bench-mark comparison, the U.S. lost 14.7 percent of jobs in that same period. 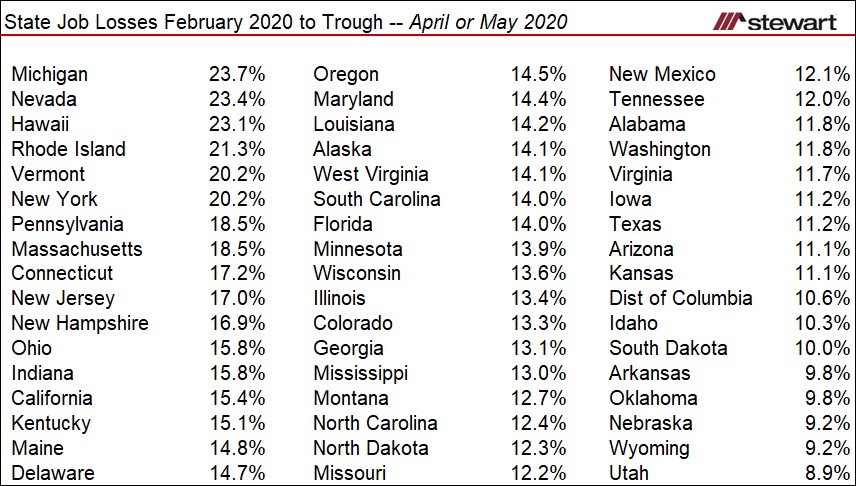 Jobs continue to recover, but that varies from one state to the next and significantly within states from one metro to another. Total metrics for all 50 states are shown in the following table. 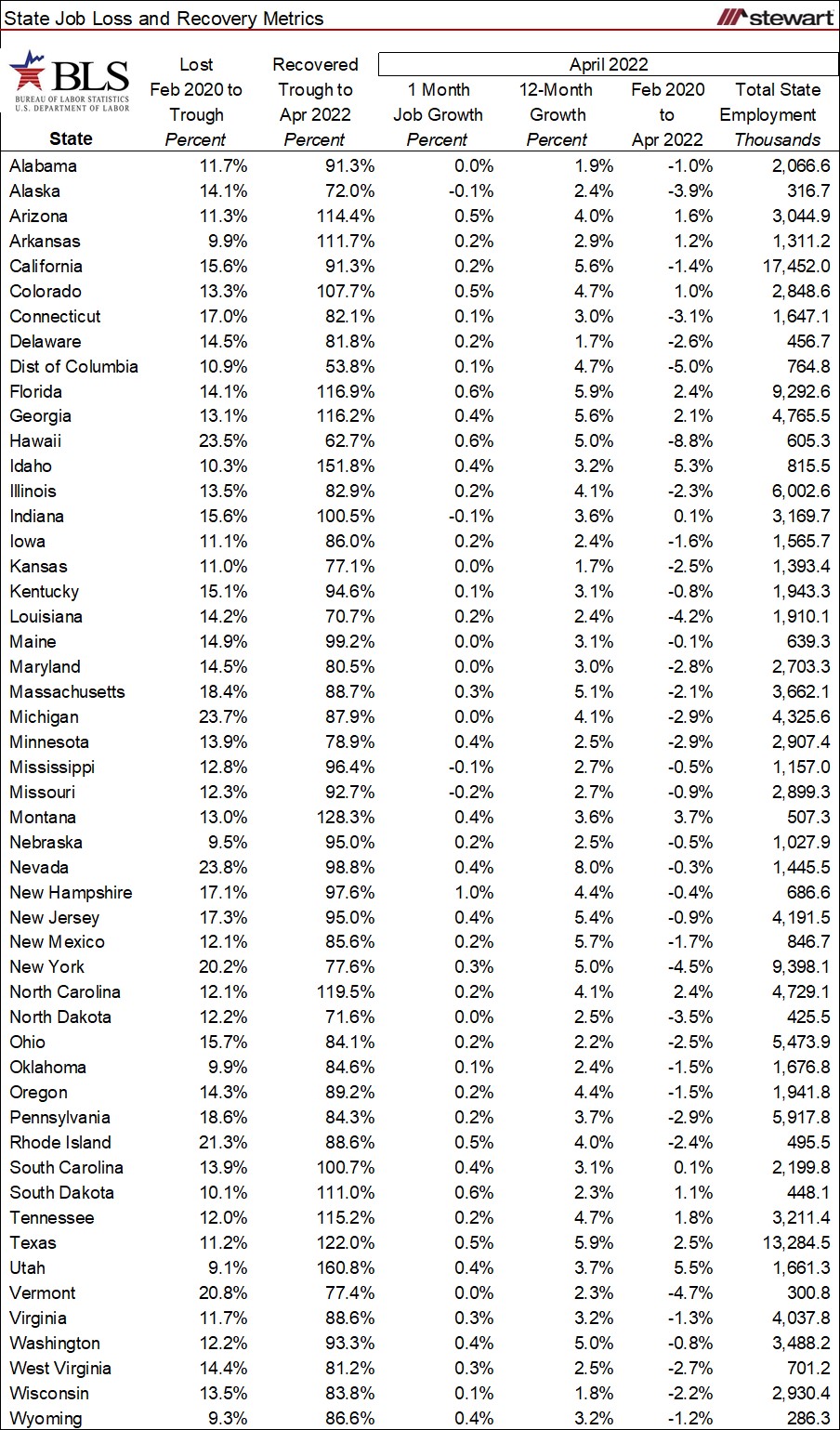 The U.S. may be in a recession at the moment, which is defined as two or more consecutive quarters of negative GDP (Gross Domestic Product). The first quarter was down an estimated 1.5 percent but has one-more potential revision.  Unknown is Q2 2022 GDP, with a preliminary estimate scheduled to be released July 28th. Even if the U.S. is in a recession, it will not be like the two prior recessions which saw  eight million jobs lost from 2008 to 2010 and a massive 22 million jobs shed in March and April 2020. This recession (potential) is likely going to see a decline in GDP due to inflation and supply chain issues and not a loss in jobs – at least for now.