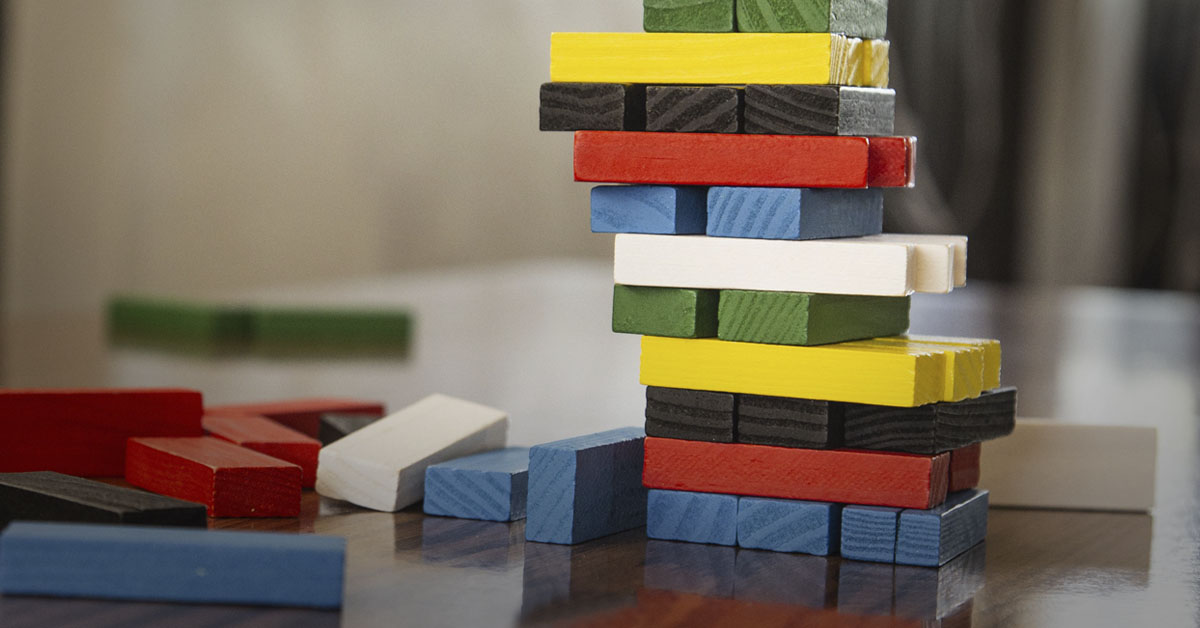 The hemorrhage of 23 million jobs at the onset of the pandemic touched all states -- some more than others. The recovery of lost job numbers has been equally diverse across the states as there is not a one-size-fits all in bringing employment back. The following data are taken from seasonally adjusted monthly employment data as reported by the U.S. Bureau of Labor Statistics (BLS).

There are now 15 states reporting more jobs than posted in February 2020 – the month prior to the pandemic. The percentage change in employment from February 2020 to June 2022 is shown in the first table for all states and the District of Columbia. Another 10 states are within 1 percent of job numbers prior to the pandemic. Three states (Vermont, Alaska and Hawaii) plus the District of Columbia still are missing at least one-in-five jobs counted before the Coronavirus swept the world. 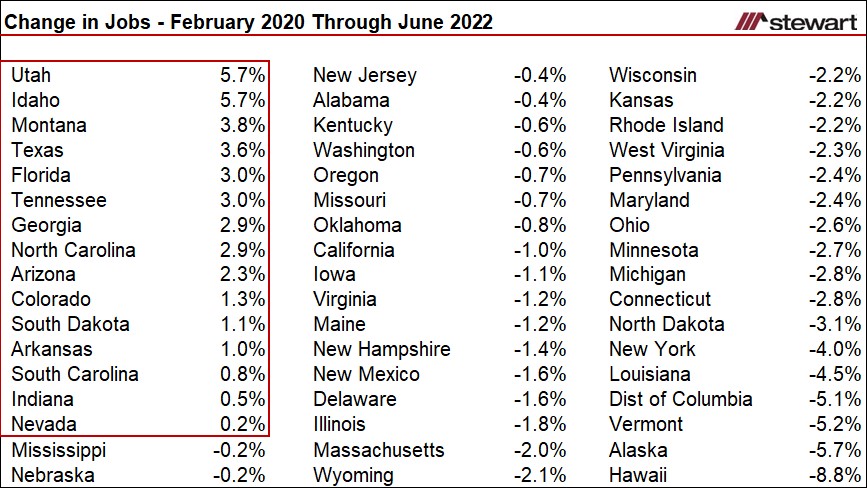 All states added job numbers in the prior 12-months, but that ranged from a low of 1.5 percent in Kansas to a staggering high of 6.6 percent in Nevada, bolstered by the ongoing recovery in the Leisure & Hospitality segment. Nine states posted gains of at least 5 percent in the latest 12-months with just six states less than 2.0 percent. 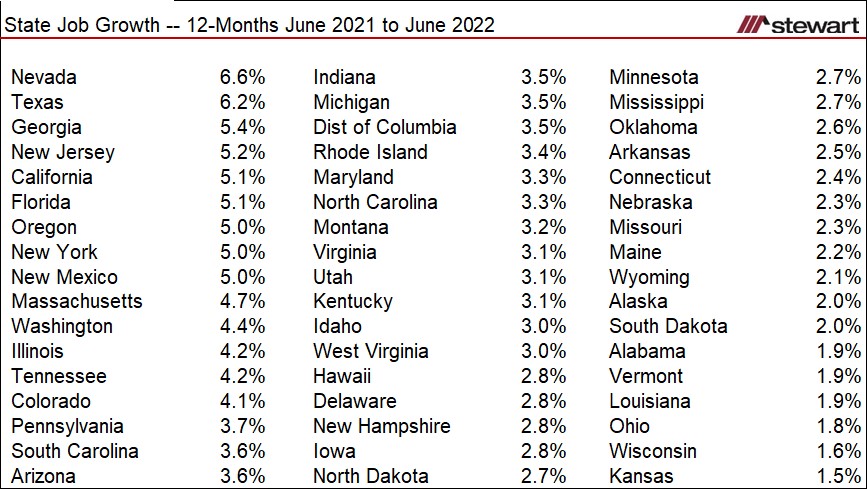 The same was not true in the latest 1-month of jobs growth, however, with 10 states posting a reduction in jobs from May to June 2022 on a seasonally adjusted basis. Tennessee came in best growing 1.0 percent in the month as the state continues to attract people and firms relocating to the Volunteer State – which is one of seven states without a state income tax. 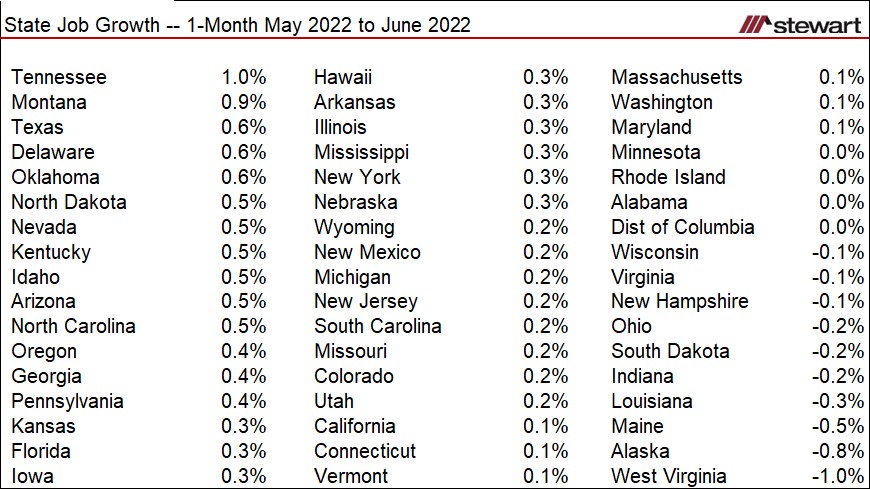 The next table includes all of the above metrics plus others for all 50 states and the District of Columbia. 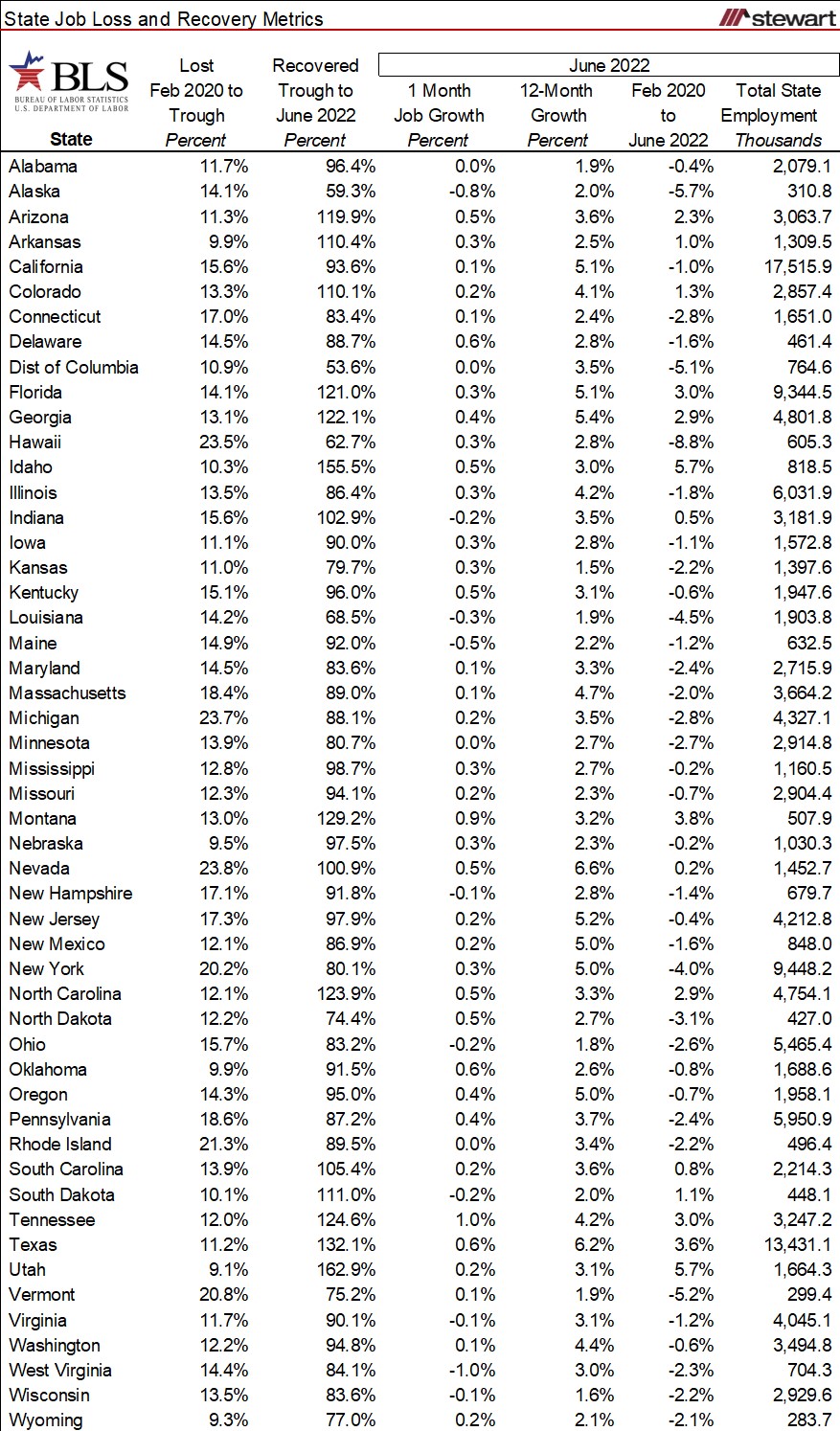 Percentage of total jobs per state are shown in the next table. The nine states with the largest jobs numbers account for more than one-half of all jobs in the U.S. The 20 states with the fewest number of jobs combined in June 2022 made up less than 10 percent of total U.S. employment numbers.