4 Tips for Displaying the American Flag 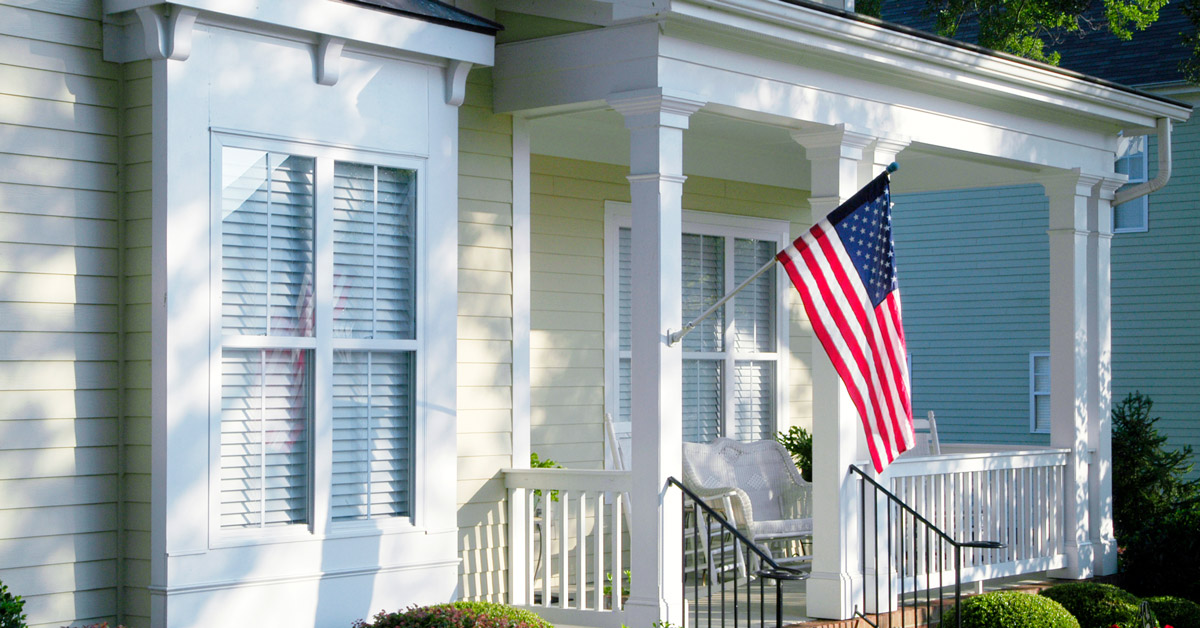 Displaying the American flag outside your home is a great way to add to your curb appeal and show your patriotic spirit. However, did you know there are federal codes that provide guidance on how to display the American flag?

If you have never displayed the American flag at your home before, you may be interested in doing so this year to celebrate “Old Glory’s” 245th anniversary. From the time of day to proper flag etiquette, here are some of the best practices when displaying the American flag:

It is good to note that the flag should never be displayed on inclement weather days.

Be Mindful of Flag Height

The flag should never touch anything underneath it, or the ground. If you are displaying more than one flag outside your home, make sure they are of the same height and equal in size, and flags should not be displayed one above the other during a time of peace according to international standards.

When displaying the flag horizontally or at an angle from the window, balcony, or front of the house, the union (blue portion with stars) of the flag should be placed at the peak of the staff unless positioned at half-staff.

If you choose to display the flag either horizontally or vertically against the wall at your home, the union should be at the top and to the observer’s left. It should also be hung similar if displayed in the window.

If you choose to use the flag for décor, bunting should be the only way to display it, but make sure the blue is at the top. The flag can also be used to cover a speaker’s desk and for draping the front of a platform.

The United States Flag Code also states that the American flag should never be used for drapery or for your bedding. It should also not be printed or embroidered on cushions, handkerchiefs, napkins, boxes or anything else that would typically be discarded after use.

If you choose to display the flag on your clothing, it should never be worn as a costume or athletic uniform, but a flag patch can be attached to military personnel, policemen, and other members of patriotic organizations.

Keep Up with Flag Maintenance

Try your best to display the American Flag in good condition. If the flag becomes worn and can no longer radiate in its’ glory, the preferred method of disposal is to burn the flag in a burning ceremony.